You're most familiar with botulism in your home-canned goods, but did you know it can affect your chickens? 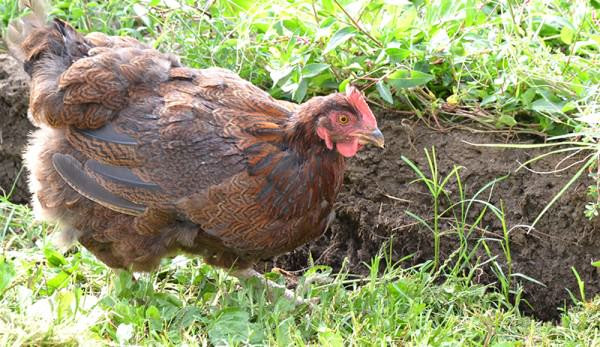 Iād never heard of chickens becoming infected with botulism toxin until yesterday. A chicken keeper in an online forum experienced a single sudden loss in her flock and was quick to blame botulism after feeding her chickens watermelon that had developed some mold on the rind. With even my limited knowledge of botulism in general, I was quick to disagree with her diagnosis.

Botulism is an anaerobic bacterium that causes foodborne illness. Once ingested, it multiplies in the intestines and releases neurotoxins, attacking motor neurons to cause paralysis and even death nearly 100-percent of the time. We usually associate the food poisoning caused by botulism with improper home-canning techniques because it thrives and multiplies where oxygen is absent.

Seven types of botulism are identified by the specific antibody that immune systems create in response to botulism infectionāA, B, Ca, Cb, D, E, F and G.

Botulism A, B, E and F threaten humans, but itās type C that threatens birds. Waterfowl are most at risk, but chickens are also susceptible to type C infection.

Where Does Botulism Come From?

Botulism spores are all over the place. Theyāre in the garden soil our chickens scratch and peck through, and theyāre in the compost our chickens turn. The truth is, weāre probably ingesting botulism spores minutely more often than weād imagine, and so are our chickens. Maybe they donāt get sick because theyāre ingesting the wrong kind or theyāre not exposed to enough of type C to make them sick. Itās this kind of exposure to naturally occurring pathogens that exercises immune systems, triggering the creation of that antibodies that help keep us healthy. But, dangerous sources of botulism exist that we canāt always prevent.

Imagine chickens playing chase around the yard, and one is carrying a dead mouse. Itās a chickenās favorite game, but if the mouse died of botulism toxin, the chickens will ingest a mega dose of botulism spores, which could also be type C. Inside the intestines, the spores will reproduce, multiply and release botulism toxin that will paralyze the chicken, most often causing deathāhowever, some animals do recover. Inside the dead animal is an oxygen-depleted environment that allows the spores to continue to divide, even after an animal is dead.

An infected fly population that lays eggs near your flock can also sicken your chickens. If you discovered that your flock regularly finds and pecks at maggots, address that fly problem immediately, even if your flock shows no signs of illness.

What Botulism Is Not

Botulism spores and mold spores are not the same. The word “sporeā refers to an organismās ability to reproduce asexually. Botulism is a bacterium that reproduces by splitting its own cells, and mold is a type of fungus that happens to reproduce in the same way.

Chickens cannot be infected with botulism spores by eating mold spores. Botulism toxin deaths in chickens are quite rare because they just arenāt exposed to enough of the right type. Because the type that affects chickens doesnāt favor humans, if your flock does get sick, you wonāt become sick from handling them. Remember, this is a foodborne illness, and itās the wrong type to sicken humans.

If a single chicken in your flock of otherwise unaffected birds is suddenly sick or dead, more common illnesses or injuries are likely to blame. However, if you have many chickens suffering sudden paralysis and death in your flock, itās a good idea to have the birds tested for a cause. If you ever suspect that botulism could be affecting your flock, call your veterinarian right away for testing and treatment options before itās too late.