Poultry Profile: Get to Know the Brabanter

A very old and attractive breed, the Brabanter displays a full beard in addition to a small, upright crest and muffs. 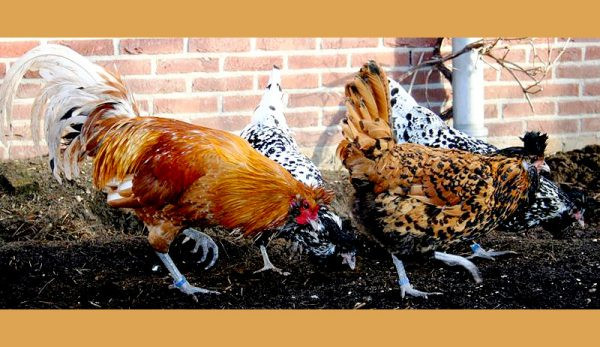 Friendly and somewhat shy, the Brabanter chicken breed doesn’t mind handling. Its small crest doesn’t get as dirty as the crests of other chicken breeds, but owners should keep a tidy coop to preserve feather quality. The Brabanter stands at medium height and has an upright, alert stance, with a long back and a well-spread tail held high.

In the U.S., the Brabanter appears most often in Cream or Golden plumages. Most varieties have slate-blue shanks.

The Brabanter’s small V-shaped comb and wattles withstand frostbite in cold climates; both are bright red. The bird’s white earlobes often remain hidden beneath its muff.

While itâ€™s considered an ornamental breed, a Brabanter hen will lay a decent amount of large, white eggs during spring and summer and wonâ€™t go broody.

Mature males weigh as much as 7 pounds.