Last week, when Uzzi and I were checking the news, we read about a pigeon that carried messages for the British Army during World War II, more than 70 years ago. 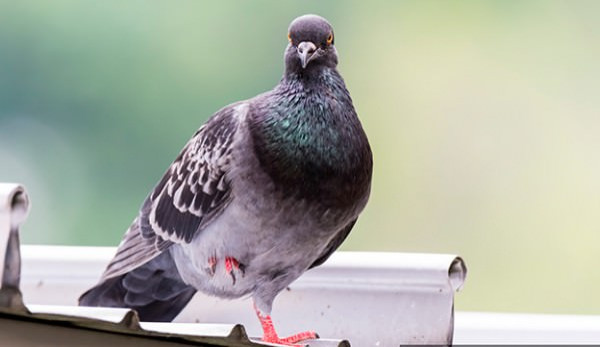 Last week, when Uzzi and I were checking the news, we read about aĀ pigeon that carried messages for the British Army during World War II, more than 70 years ago. Somehow the pigeon fell down a chimney in Surrey, England, and died. A man discovered the pigeonās skeleton just last week. There was a coded message in a canister attached to his leg. Pretty cool!

Carrier pigeons are homing pigeons used to carry messages. Usually, people would carry them away at a distance, attach message carriers to their legs, then they fly back to their home coop again. Theyāve been used in this way for thousands of years. In the sixth century B.C., King Cyrus of Persia used pigeons to communicate with the far-flung corners of his empire. In the late 1800s, the Great Barrier Island Pigeongram Service used them to establish mail routes between Auckland, New Zealand, and Great Barrier Island, 62 miles off the coast.

World War I occurred before modern-day radio made communication relatively easy, so hundreds of thousands of carrier pigeons carried messages that saved countless lives. Cher Ami, a homing pigeon belonging to the U.S. Army Signal Corp in France, helped save the Lost Battalion of the 77th Division during the Battle of the Argonne Forest. This 600-man battalion was being shelled by Allied forces after they advanced too far into enemy territory. Pigeoneers with the battalion sent Cher Ami to tell them to stop. German soldiers shot Cher Ami down, but he took flight again and despite having been shot through the breast, blinded in one eye, covered in blood and with a leg hanging only by a tendon, he arrived back at his loft at division headquarters 25 miles away in just 65 minutes, helping to save the lives of 194 soldiers. Army medics were unable to save his leg, so they carved a small wooden leg for him. The French awarded Cher Ami the coveted Croix de Guerre medal for delivering 12 important messages, including his last one. He died at Fort Monmouth, N.J., on June 13, 1919, and when taxidermists prepared to mount him they discovered “heā was a hen!

Many thousands of carrier pigeons also served in Europe during World War II. In 1943, the British established the Dickin Medal to honor the lives of animals that served during wartime. The medal was awarded 54 times between 1943 and 1949 to 32 carrier pigeons, 18 dogs, threeĀ horses and one cat. One of the winners was G.I. Joe, a member of the United States Army Pigeon Service that saved the lives of the inhabitants of the village of Calvi Vecchia, Italy, and the British troops stationed there. The village was scheduled to be bombarded by Allied forces on October 18, 1943, but G.I. Joe carried a message to Allied headquarters saying the British had captured the village so please hold your fire. It arrived just in time to halt the bombing. More than 1,000 lives were saved. G.I. Joe lived to the ripe old age of 18. He was mounted and is still on display at the U.S. Army Communications Electronics Museum in Fort Monmouth, N.J.