The first comprehensive bread-wheat genome analysis helps scientists understand the inner workings of this essential crop and could lead to sustainable production increases. 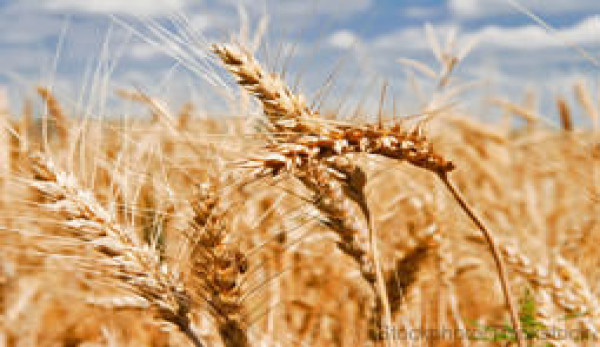 Bread wheat (Triticum aestivum) is a vital crop to people around the world: It accounts for approximately 20 percent of the calories humans consume yearly, and 35 percent of the population depends on growing and/or processing it for survival. Despite this worldwide dependence, the genetics of bread wheat have long remained a mystery to scientists, mainly due to the plant’s genetic complexity and the large size of its genome (i.e., the genetic information contained in a cell).

However, an international team of scientists has recently completed the first-ever comprehensive analysis of the bread-wheat genome, which will potentially allow geneticists to develop new strategies for improving wheat crops on a global scale.

This collaborative effort, consisting of institutions in Great Britain, Germany and the U.S., used a technique called shotgun sequencing to analyze the DNA makeup. In shotgun sequencing, the DNA is randomly broken into small segments and then reassembled into longer sequences by locating overlapping ends. These longer sequences are then compared to known sequences from a large range of related grasses, such as barley and rice, as a benchmark for accuracy.

To put the large size of the T. aestivum genome into perspective, it contains roughly five times the amount of DNA in the human genome. However, up to 80 percent of the bread-wheat genome consists of repetitive gene sequences, as the crop has six copies of each of its seven chromosomes. (Only 8 percent of human DNA is repetitive, and we have only two copies of our 23 distinct chromosomes.) This massive amount of genetic material makes it difficult to understand the origin of a specific DNA fragment.

The sequencing project led scientists to discover an abundance of gene fragments present in the bread-wheat genome. These fragments are ancestral genes that were chopped up and left over throughout the cross-breeding process that farmers used during the crop’s domestication. (Bread wheat is estimated to be approximately 8,000 years old, stemming from a hybridization of cultivated wheat and goat grass as agriculture spread from society to society.) These fragments led scientists to believe that bread wheat once only had two copies of each chromosome instead of its current six.

So what does this mean for the agriculture community? First, scientists consider the presence of multiple copies of each chromosome a positive thing: Those six copies allow for specific chromosome selection when breeding new wheat hybrids. The hybridization of crops can often result in sterile offspring, but this selection ability can allow geneticists to avoid sterility by isolating chromosome copies that might cause it.

Additionally, the current breeding practices and knowledge of bread wheat have been almost fully exploited, and yield increases have slowed. This comprehensive genome analysis will provide a framework for further research on the crop, hopefully isolating specific genes responsible for traits like nutritional content and growth, which can then be targeted in breeding programs, creating a faster-growing, higher-yielding, nutritionally dense bread wheat. This enhanced wheat could subsequently be a sustainable, efficient way to help properly feed the world’s growing population and provide additional economic stimulus to impoverished areas.

Not everyone is behind the genetic enhancement of agricultural crops, however. Eli Rogosa, director of the Heritage Grain Conservancy, an organization that maintains a collection of more than 1,000 landrace wheat varieties worldwide, prefers nature’s crop varieties to ones created in a laboratory.

“In contrast to modern plant breeders who tinker with complex evolutionary systems for profit, our gene pools are elite populations of traditional landraces selected in organic soil for climate resilience, disease resistance, flavor, high nutrition and beauty,” he says.

While genetic modification of crops remains a hot-button issue, this research does provide a benchmark for further study of crops and other organisms with large genomes, as the shotgun-sequencing technique is still considered “next-generation” technology. The full write-up of the research can be found in the journal Nature.