Breaking Ground in the U.K. 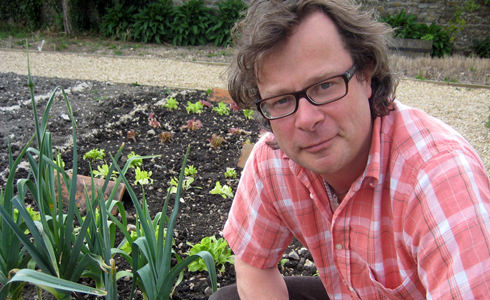 Celebrity chef Hugh Fearnley-Whittingstall started Landshare in the U.K. to unite landowners and gardeners. More than 40,000 people registered with the program in its first year.

Organic gardening is literally taking root in the U.K., thanks to two projects that give landless, wannabe gardeners access to plots of land and the ability to grow their own produce.

ā[Landshare] is principally about enabling people to grow, but in the process, can also help achieve positive contributions in relation to education, community, health and environment,ā says Jane Lucy, producer of Landshare. āThe ultimate goal is to get as many people growing as possible.ā

Landshare took root in autumn 2008 when Fearnley-Whittingstall announced the idea on the River Cottage Autumn television series. A beta phase was launched in spring 2009, followed by the official launch of Landshare on June 3, 2009. Approximately 20,000 people signed up before launch, and now the Landshare has more than 40,000 registered gardeners across the U.K.

While Landshare has successfully taken off, Lucy says one challenge was launching the program late in the gardening season.

āWe are really looking forward to seeing the lead up to spring 2010, when people will have had more time to prepare and get involved,ā she says.

āThe challenge that remains is making more land available,ā Lucy adds. āWhilst the ratio of growers to landowners can be misleading, given most landowners are offering space for more than one grower, I think itās fair to say there is certainly still demand for more land.ā They are addressing that challenge by communicating the benefits of Landshare to more people, including providing case studies and finding ways to speed the land-sharing process.

While as of spring 2010, the program is only in the U.K., Lucy saysĀ similar landsharingĀ initiatives exist in the U.S. and Canada, and other countries have expressed interest in seeing the program extended to their areas.

Another eco-friendly project making headway in the U.K., LandFit exists to make the most of green space in the city for gardensāthis allows landless urban gardeners to use untended plots of land to grow organic food. The goal of LandFit is to set up agreements between the person responsible for a garden (lead stakeholder) and the gardener. LandFit as an organization is in the development stages, but LandFit as a concept can be practiced anywhere there is an agreement between grower and landowner.