Breed Profile: Get To Know The Brahma Chicken

A big, docile chicken breed, the Brahma is a barnyard favorite for its gentle disposition, hardy nature, striking plumage and more! 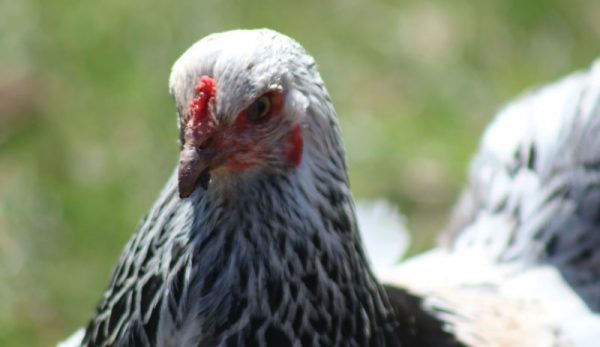 In the mid-19th century, tall, majestic sailing ships, nicknamed clippers, facilitated intercontinental trade. These clippers stood central to the economies of the time. In 1866, British newspapers eagerly followed three of these vessels as they simultaneously set sail from Beijing, China, with cargoes of tea bound for London, England.┬á

Through the thrilling 99-day journey, the crews of ÔÇťThe Great Tea RaceÔÇŁ (as the newspapers aptly titled it) expertly navigated the Atlantic thoroughfare. Vying to dock fist of all the vessels in London, each captain eagerly coveted a premium price-per-pound on the precious caffeinated cargo.

Routes were varied and the voyages independent. Nonetheless, the Taeping, Ariel and Serica all docked within a mere two hours of each other, despite the more than 14,000-mile journey. This race brilliantly illustrates the high point in the clipper trade.

More reliable steam ships would soon replace the majestic clippers. However, one more piece of precious cargo that the clippers carried across the sea during their ocean reign was a beautiful Asian chicken, the ancestor of the modern-day Brahma.┬á

What enterprising person decided fowl should travel onboard a clipper for a three-month journey across the sea? I picture a lovely female face with wide-brimmed straw hat tied gently under her chin. She carefully hands a wooden crate of prized birds to a deckhand, who takes it, smiling, and carries it out of sight below deck.

The gentle ocean breeze wafts a stray strand of jet-black hair across her face. She turns back to the waiting rickshaw.

The origins of the Brahma chicken have become obscured by time, as historians lend their anthologies to more pertinent and earth-
shattering themes than those of a practical barnyard fowl.

Piecing together remnants of fact and folklore, the story goes that the Brahma was named after the Brahmaputra River in India.┬á

Per the American Brahma ClubÔÇÖs website, Malays and Cochins were crossed in India. The resultant crossbreed was at some point transported to Shanghai, China.

Either before or after their arrival in China, the breed was further crossed with Gray Chittagongs. Hence marked the establishment of the Brahma’s characteristic furrowed brow and diminutive pea comb.┬á

After our enterprising fictional woman sent her prized fowl overseas to England, Brahmas became well enough known to earn a place in the first European book of poultry printed in 1856. Sometime in that century, a portion of these birds also made it to the Americas.

Then, from the 1850s through the 1890s, Americans continued refining the breed. This American refinement is credited with the standardization of the light and dark Brahma chicken colors. Both were admitted to the American Poultry AssociationÔÇÖs Standard of Perfection in 1874. (The buff color pattern wasnÔÇÖt admitted until 1924.) ┬á

A cursory search may reveal additional color variations and patterns. But the light, dark and buff Brahmas are still the only varieties listed in the APAÔÇÖs Standard of Perfection at the time of this writing.

Perhaps additional patterns will earn the purebred standardsÔÇÖ distinction in the near future. ┬á

Each of the three current approved color patterns is lovely in its own right, with clear distinctions between cocks and hens amongst the dark and light varieties. (The buff breed follows the same color pattern for cocks and hens.)

Heavily feathered down to their shanks and toes, Brahmas arenÔÇÖt as bothered by extremely cold winter days as their slighter, more thinly feathered counterparts. Here in the Northwoods of Wisconsin where I live, itÔÇÖs common for bitter temps of minus 30 degrees Fahrenheit to hit for a week or two each winter.

Raising animals that can thrive despite frigid temps is a constant goal here at Otterridge Creek. My poor white-crested black Polish rooster shivered and nearly gave up the ghost during one such bitter cold snap. But the Brahmas hardly batted their beetle-browed eyes.┬á

Read more: Get the egg colors you want with these breeds!

I currently have all three of the color patterns as standard-sized varieties in my flock. Because IÔÇÖm partial to buff chickens, buff Brahmas are my favorite. A close runner-up would be the dark Brahmas with delicately penciled hen feathers and showy dark cock saddles.

But the light Brahma chicken still medals in third place with predominately white feathering accented by black rings around the neck and tail.┬á

Brahmas are a large, gentle bird. They tend to mind their own business and enjoy the good things in life. Despite the BrahmaÔÇÖs large size, in my experience, they integrate well with other fowl.

IÔÇÖve not yet experienced any aggression from Brahmas toward humans, chickens or other stock. With our multispecies barn menagerie, any animal that doesnÔÇÖt coexist well with others must be removed or replaced. Thankfully, the Brahmas have passed with flying colors (no pun intended!).

Brahmas lay a beautiful brown egg, and some of the hens are likely to set. WeÔÇÖve successfully crossed Brahmas with Wyandottes and Ameraucanas. This results in some lovely setting hens with light leg feathering and a dependable green egg.

The BrahmaÔÇÖs large size makes any extra cockerels an excellent source of meat. So this breed is a good choice for dual-purpose hobby flocks.┬á

The next time you see a tall mast sporting a furled sail at harbor, recall those ships long ago with squawking crates of chickens stowed in the hold. When you next flip through a poultry catalog (or browse a hatcheryÔÇÖs website), appreciate the relative ease with which you may purchase such beautiful birds.

And as you watch your Brahmas blinking underneath their beetle brows in the barnyard, take a minute to acknowledge what past generations have done to propagate and preserve this regal fowl for the enjoyment of posterity.┬á

This article originally appeared in the September/October 2021 issue of Chickens┬ámagazine.