Prized by settlers for its many virtues, the Pineywoods Cattle breed brings numerous valuable traits to both hobby farmers and large cattle producers alike. 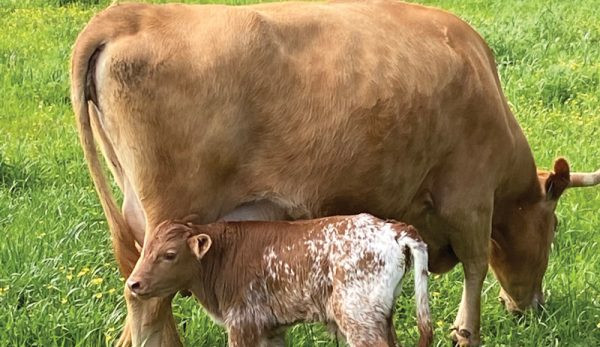 The history of the Pineywoods Cattle breed in North America began when Spanish explorers deposited a small herd in the Gulf Coast centuries ago. The harsh environment of the South shaped a true landrace breed that established and thrived for centuries without the aid or err of humans.

The vast open pine timber was filled with cattle that bore the prized marks of ownership of settlers in the region. Utilizing the breed for milk, beef, leather, tallow and draft power allowed a herding culture and way of life to be sustained.

These families isolated cattle into distinct strains that became critical genetic goldmines for the following benefits:

Read more: Here are 7 things to look for when selecting grassfed cattle for your herd.

Despite the value of the breed and the role it played in shaping early cattle production, industrial preferences shifted over time to larger framed animals. Very few pure animals remained after the implementation of this shortsighted trend.

The adaptability of Pineywoods cattle make them suitable to raise and thrive in nearly any environment, especially those classified as fragile due to their thrifty nature and light footprint. A hardy and fertile breed that calves unassisted in harsh conditions makes life simpler for breeders.

Pineywoods Cattle have a varied palate. They will fully utilize a native range or silvopasture by consuming grasses, legumes, forbes, brush and browse.

Their rich milk provides rapid calf growth. And the breed’s strong mothering instincts ensure the calves are safe and healthy.

A docile and calm nature makes them a great breed for a family farm. And larger producers value this mild temperament for frequent penning, sorting and transport.

Their smaller frame increases productivity per acre as well as carcass yields for beef production. Butchers and chefs desire the carcass quality for tenderness, taste and profitability.

Combining all these important traits make Pineywoods Cattle an equally great fit for a commercial producer or homestead that wants to utilize them as a multipurpose breed.