With a wealth of beneficial traits, including the most parasite resistance of all sheep, the St. Croix Hair Sheep is a recent and interesting breed. 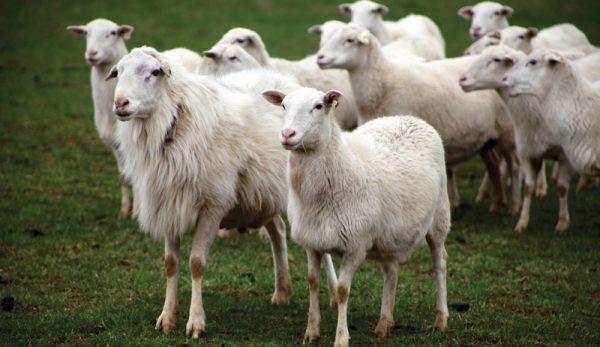 Hair sheep breeds in the Caribbean islands developed from stock that early European explorers left behind on their ventures to the New World in the 1500s. Small stock such as sheep, pigs and goats were left to naturalize and provide food for later explorers.

The livestock evolved to become landrace breeds well suited to their new environments. One sheep breed was called the Virgin Island White, even though not all of the sheep were white.

In 1975, Warren Foote, a professor at Utah State University, imported 22 bred Virgin Island White ewes and three rams to study from the island of St. Croix. The professor selected the sheep on physical attributes he considered desirable:

The United States wanted to give the sheep as a gift to the Shah of Iran and needed research proving the sheep would be suitable for that climate. The Shah was deposed before the sheep were sent, so their trip ended in the U.S.

Read more: Sheep are, quite possibly, the ultimate small-farm ruminant.

Soon, experimental flocks popped up at several other colleges and field stations. Foote founded a breed registry in the early 1980s naming the breed the St. Croix Hair Sheep. After formation of the registry, managers and owners of private and public flocks started keeping detailed records of breeding and pedigrees for their St. Croix Hair Sheep.

Funding cutbacks, staff turnovers and changes in research focus saw many university St. Croix flocks dispersed from 1998 to 2006. Most of the St. Croix went to private flocks, and the owners continued the recordkeeping of the registry.

Read more: Learn more about how sheep experience the world.

One group wanted to register only pure-white St. Croix. The other group sought to register purebred St. Croix, even if they had color caused by the genetic characteristics that always existed in the sheep since before importation.

Both groups concur that no horned St. Croix is eligible for registration. Scur growths on the heads are also discouraged.

In 2019, St. Croix Hair Sheep moved from Threatened status to Watch status on The Livestock Conservancy’s Conservation Priority List. People looking for purebred and crossbred sheep are noticing the useful qualities of the St. Croix sheep.

Small farms continue to enjoy St. Croix for their ease of care.

Larger flocks focused on meat production have also begun to look at using St. Croix-influenced ewes and rams in their breeding flocks. When St. Croix are crossed with a heavier, faster growing breed of sheep, the offspring generally take on the market characteristics of the other breed but maintain the excellent maternal traits and a good degree of the parasite-resistance of the St. Croix.

This article originally appeared in the March/April 2020 issue of Hobby Farms magazine.