Breed Profile: Get To Know The Beefalo!

Officially recognized as any cattle containing at least 37.5 percent bison, Beefalo are prized for numerous traits and a nutritionally superior meat. 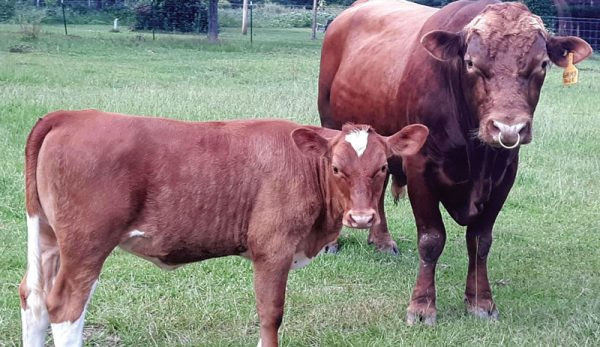 The Beefalo has been around for quite some time. Back in the late 1880s, several early pioneers saw the hardiness of the bison as a very positive trait but also wanted the docile nature of the domestic cow.

They had hoped to have an animal that could handle the harsh cold winters and extremely hot summers, while also being more manageable.┬Ā

In the 1970s, someone decided to start marketing Beefalo. By the 1980s, the USDA recognized the animals as its own breed for a number of significant reasons. Of primary interest were the breed’s:

So, Beefalo show to be profitable in the pasture and healthy in the food market.┬Ā

What Is a Beefalo?

A common misconception about the Beefalo is that itŌĆÖs half cow and half bison. Those animals, however, are bison hybrids, also called Cattalo.

The USDA recognizes a fullblood Beefalo as containing 37.5 percent bison or 3Ōüä8 bison. Various domesticated cattle breeds are selected for desirable qualities to produce the remaining 5Ōüä8 heritage. Through all the crossing that was done to produce the breed, it was determined that this was the sweet spot, allowing all the best qualities of both animals to be present.┬Ā

When you cross bison with domestic cattle, females from that cross prove to be fertile most of the time. Males, however, do not. The bison percentage had to be brought down to get a fertile male. The American Beefalo Association recognizes any animal containing 17┬Āto 37.5 percent bison as a Beefalo.

Note: Any animal containing 17 percent or more bison will give you the hybrid vigor and nutritional value that you are looking for. A lot of beginning breeders started out with┬Ājust a purebred or fullblood bull and breed it to their domestic herd. They kept those heifers slowly increasing their bison content of their herd.

So, you donŌĆÖt need to start with a bison to get Beefalo.

To maintain the breed, the ABA requires that all fullblood animals be DNA-proven back to both the sire and dam. There are some breeders that focus on crossing bison with domestic cattle to provide new bloodlines. The fullblood Beefalo produced from these crosses also must be DNA-proven back to the original bison to maintain the accuracy of the breed.

This article originally appeared in the November/December 2022 issue of Hobby Farms┬Āmagazine.