Other chickens that lay blue eggs are often misidentified by the name, but the Araucana is a rare and distinct breed with its own collection of traits. 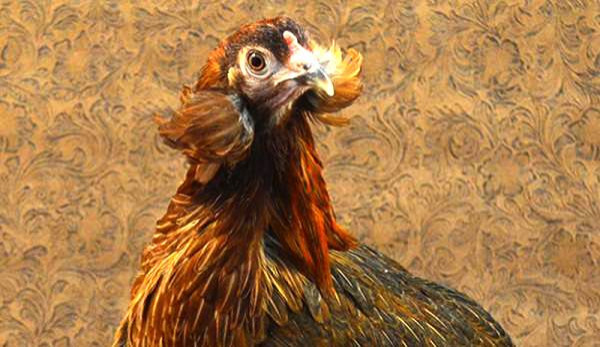 What is an Araucana chicken? Any chicken that lays a blue egg, right? No exactly, it turns out. The Araucana is a distinct breed, with a set of breed identifiers that determine what is (and is not) a member of this class of birds.

This unusual breed sports ear tufts and no tail. Officially, those in the know refer to this trait as “rumpless.” Tufts are a feather or group of feathers coming out of the sides of the birdâ€™s face around the ear area. They can be one-sided or bilateral (which is preferred).

The Araucana chicken breed also lacks a tailbone and oil (or preen) gland.Â

Read more: When starting out, you need to decide which chicken breed (or breeds) is right for you.

The breed, considered rare in the U.S., originated in Chile.

So if they’re rare, why do you see them for sale in some hatchery catalogs?Â  Decades ago, anything laying a blue or green egg was called an “Araucana.” But this original layer of blue eggs gave way to other blue-egg-laying breeds such as Ameraucanas and Easter Eggers in recent years.

Today, some hatcheries still call their colored-egg layers â€śAraucanas.â€ť It’s a misnomer, though. You can only purchase true Araucanas through independent breeders.Â

Aracaunas can also be found in other â€śunapprovedâ€ť colors such as blue, mottled and cuckoo. A bantam size also exists, with hens weighing 1.5 to 1.75 pounds, and roosters topping out just under 2 pounds.

Araucanas tolerate confinement well, making them ideal for small homesteads. They are also good foragers and fliers and are predator-savvy, making them fine free-range birds.

Hens make dedicated mothers. Roosters are generally nonaggressive, but good flock protectors, and generally assist in the raising of the chicks.

This article originally appeared in the January/February 2021 issue of Hobby Farms magazine.