Breed Profile: Get To Know The Orpington Chicken

A breed dating back to 1800s England, the Orpington is a hardy, friendly breed of chicken that adapts well to a variety of conditions. 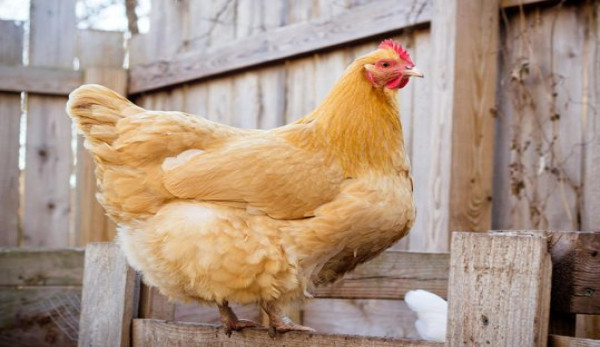 All Orpingtons can trace their roots back to Orpington, England, 1886. Chicken breeder (and exental publisher of the Poultry Journal), William Cook, developed this hardy, fast-growing breed to be a better-than-average egg-layer and also a good table bird.

He preferred the color black as it would exhibit well. (Black hid the dirt and soot that was prevalent all over London during that age.) By 1890, Orpingtons were being imported to the Americas in small numbers.Â

While Black was the first variety created, Buff quickly became more popular in the U.S. Early lines could be found in single and rose comb varieties. By the time the breed was submitted for acceptance to the APA, however, the single comb had won out.

The APA accepted Orpington varieties over a couple of decades:

The APA also granted recognition to a bantam version of the breed. Orpingtons can also be found in a variety of unapproved colors and patterns, such as lavender/self-blue, gold laced, silver laced, partridge and Isabel.Â

Prized for its beautiful colors as well as the birds’ fluffy bodies, the Orpington has a wide, round breast and a wide back on a stocky body. Cocks weigh 10 pounds; hens, 8. A typical hen will start laying between 6 and 8 months of age, averaging 200 large cream to light brown eggs a year.Â

Read more: The Australorp chicken breed, derived from Orpingtons, are a favorite for many keepers.

This hardy breed does well in the Deep South when provided adequate shade and cool water during the hot months. It also adapts very well to the cold and snow.

It tolerates confinement well and is docile, friendly and entertaining to watch.

This article, which was written by Sarah Batz, president of the United Orpington Club, originally appeared in the January/February 2021 issue of Hobby Farms magazine.