Researchers are working to breed disease-sniffing bees that wipe out Varrora mites before they become problems in the hive. 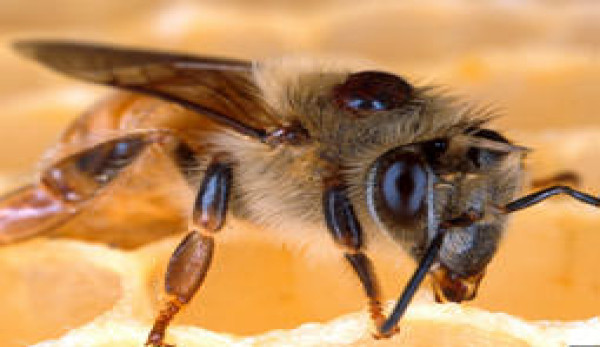 In the late 1980s and early 1990s,Â trachea and Varroa mites arrived in North America with imported Honey bees from Asia. Since then, researchers have been working furiously to keep bees healthy and on the job pollinating crops and producing honey.

Sniffing Out Disease
In the 1940s, researchers working to solve the health challenges of American foulbrood, a contagious bacterial disease affecting bee larvae, found that Honey bees can smell diseases in their own developing brood. Hives practicing good hygiene detect and clean out unhealthy brood, keeping diseases from spreading. Although the bees sacrifice their own larvae, theyâ€™re able to maintain better community health without outside help or chemical aids.

Building on this knowledge, Jeff Harris, a research entomologist at the USDA Agricultural Research Serviceâ€™s Honey Bee Breeding, Genetics and Physiology Research Laboratory in Baton Rouge, La., has been charged with breeding bees to be resistant to Varroa mites.

â€śIt turns out the bees bred to prevent American foulbrood or chalk brood in their hives are good at removing the Varroa mites, too,â€ť Harris explains.

The work of breeding bees is a slow process. Only one generation of bees can be produced in a year so it takes years to achieve resistance and then determine how the bees are resistant.

Varroa-mite Development
Varroa mites are tiny, fast-moving parasites capable of attaching themselves to both the adult and developing Honey bee. The adult female Varroa lays her eggs in brood cells leaving offspring to feed on the developing bee pupa. The resultant baby bees are underweight and weakened enough to be more susceptible to the spread of viruses.

The bees that Harris has been producing can smell the mites inside the brood cells and kill the offspring to keep the mite population from exploding inside the colony.

Further Investigation
While Harris has been breeding for VSH, Greg Hunt, PhD, a bee specialist at Purdue University, has been genetically selecting bees for increased grooming behavior.

â€śWe are selecting for increased grooming behavior by looking at the proportion of chewed mites that fall from bees,â€ť Hunt says. In collaboration with Harris, Hunt is working to map gene regions in Honey bee DNA for VSH.

â€śGregâ€™s expertise is looking for the markers in bees I produced,â€ť Harris explains. A process that took four to six months of field testing has been reduced to hours in terms of identifying the most desirable VSH queens.

Taking WingÂ
Dave Shenefield, owner of Clover Blossom Honey, has a specialty crops grant from the Indiana State Department of Agriculture to make more mite-tolerant, hardy queens available in Indiana. His grant also enables him to teach beekeepers how to raise their own queen bees and select for mite resistance.

â€śIâ€™ve been working with Dr. Hunt on the development of mite-resistant stock for about 20 years,â€ť Shenefield says. â€śI felt it was a must for Indiana to develop its own queen project where we get genetically diverse stocks and propagate them throughout the state to hopefully help sustain beekeeping in Indiana.â€ť

According to Shenefield, increased awareness of theÂ plight of Honey bees has brought a lot of new people to the hobby. People are interested and want to help and get involved by learning toÂ keep bees and establishing their own hives.

Shenefield aims to bring diversity to Indiana bees and teach new beekeepers how to develop their own mite-resistant hives. He also teaches integrated pest management, nonchemical approaches to treating hives for mites.

â€śMy personal opinion is that hobbyists donâ€™t have to use chemicals to control mites,â€ť Harris adds. â€śGlenn Apiaries in California is an expert and the largest seller of breeder queens. Purebred VSH breeders are being crossed with non-VSH drones to create outcrop VSH bees. The outcrop VSH bees prevent the potential for inbreeding among the VSH lines.â€ť

Still, Shenefield says that a queen thatâ€™s mated in your own bee yard is probably the best queen to have.