Brian Is With Him

I was visiting my nephew, Peter, and his family the other day. They were at his parents' vacation home, an old farmstead that has been fixed up considerably. Peter did a great deal of the fixing. 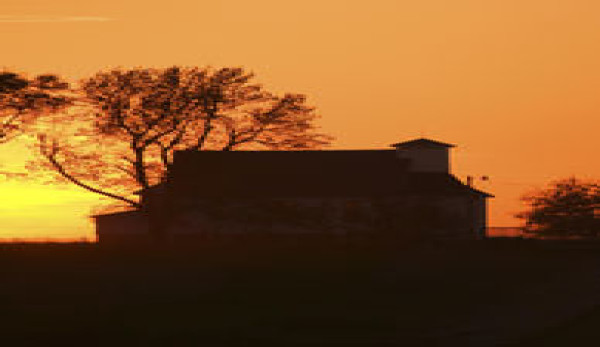 I was visiting my nephew, Peter, and his family the other day. They were at his parents’ vacation home, an old farmstead that has been fixed up considerably. Peter did a great deal of the fixing. Talented in many fields, from music to carpentry, Peter has a degree in design and technical theatre. Over the years he has evolved into a carpenter of all trades. He is as at home in the Lincoln Center for the Performing Arts as he is working on an outdoor stage or pounding nails on a house remodel.

Nearly 10 years ago, he took a summer off to work on the old farmhouse. He brought with him two older, skilled craftsmen to help him rough out the job.ô  When they returned to New York, he stayed behind to finish.

As we visited, Peter told how he had been thinking about one of them. Brian had died earlier this year. Uncle to one of Peter’s close friends, he was a near-father to Peter. As he had sat there mourning his friend, he realized that Brian was still with him and always would be, in part because of the work they shared.

I write of Peter and Brian, but I think of my dad and mother and so many with whom I have labored, who now are gone. When I am gone, I know my children will likely think of me and the work we shared when they see a stone retaining wall or a pile of dirt. A part of me will be with them. Thatãs the beauty of physical labor shared, whether it’s measured in square feet or acres, gardens or fields. It creates a unique bond between the workers that neither time nor even death can ever break.