Founder Shannon O’Malley tells us how Brick Street Farms is able to farm the equivalent of 48 acres of land in one third of a parking lot. 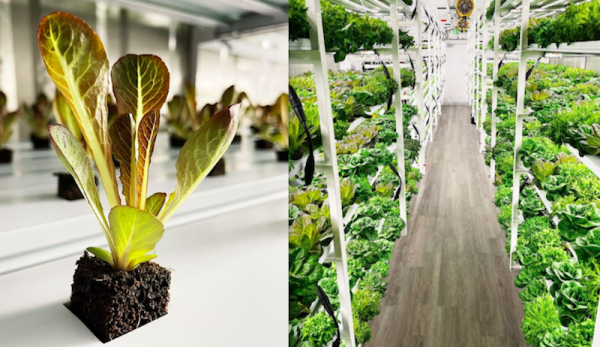 “The initial inspiration behind starting Brick Street Farms is really a story about not being able to grow leafy greens in the Florida soil,” says Shannon O’Malley. She’s one of the founders and CEO of the St. Petersburg-based venture.

Having moved to Florida from Pittsburgh, O’Malley discovered “it was a whole different ballgame” when she attempted to grow leafy greens. After a raised bed garden didn’t work out, O’Malley and her husband, Brad, experimented with a home hydroponic kit.

The hydroponic kit worked and kick-started Brick Street Farms, which now encompasses the equivalent of 48 acres of farmland.

We spoke to O’Malley about the benefits of hydroponic gardening and how to overcome indoor growing challenges. We also talked about the importance of involvement in local agriculture.

The Start of a Hydroponic Farm

After the early success of using an at-home hydroponic kit, O’Malley embarked on a period of research. Then, she and her husband “made our first move into the industry by purchasing an old junk yard that was for sale and cleaning it up.”

After installing an initial three vertical farms, the business successfully expanded. “Within a couple years we were basically selling to every restaurant, hotel and resort in the Tampa Bay area. We opened our own retail shop for community members to buy our fresh greens,” says O’Malley.

Read more: Boston Microgreens gets creative with their crops.

“Our main issues with growing indoors actually came from the original vertical farms that we purchased,” O’Malley explains.

In response, they set about designing and manufacturing their own containers, which they branded as Thrive Containers. They wanted to build a solution “by growers for growers.”

Keeping Down The Waste

When it came to designing containers for hydroponic growing, O’Malley knew they wanted to prioritize the amount of greens they could produce, while also promoting a sense of sustainability.

They consulted with engineers and growers. Afterward, the pair developed a solution aimed at a two-percent waste number.

Talking about the grand goal of the operation, O’Malley says they always wanted to “bring food production to the point of consumption.”

She adds, “We want communities to understand that food grown locally is healthier for them, is better for the environment and can really help save the planet.”

To that end, the farm now grows the equivalent of 48 acres of farmland in about a third of a parking lot. “It’s incredible what urban agriculture can do and the positive effect it has on not just the community but the people within the community,” says O’Malley.