With enough lead time, reputable seed sources and a few tips, you can succeed with (extremely!) hot stuff like ghost peppers and Carolina Reapers. 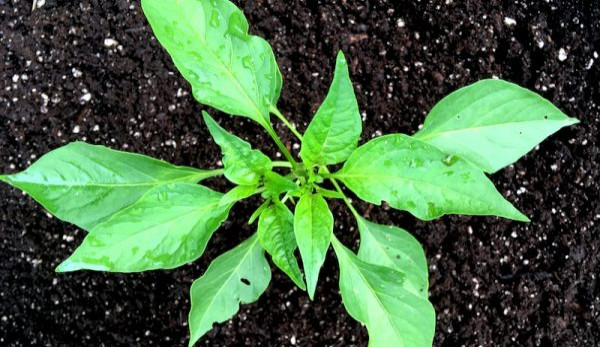 Clocking in at 600,000 Scoville heat units, the ghost pepper used to be the world’s hottest pepper. Until Ed Currie crossed a ghost pepper with a habanero, that is.

Currie is the self-described â€śowner, president, mad scientist and chefâ€ť at the PuckerButt Pepper Company. Thanks to his Carolina Reaper, the Guinness Book of World Records designated him the record holder for the world’s hottest pepper.

Still, he notes, â€śThere’s nothing dangerous that can happen to you from a pepper. It’s all a chemical reaction that our brain perceives as heat. There’s no actual heat going on.â€ť

So, when people suggest they’ve been burned by a pepper?

â€śWhen they say a hole gets put in their throat or their stomach, that’s impossible,â€ť he continues. â€śThere’s no heat involved. That’s all internet fodder.â€ť

Check out this recipe for jam made from aji charapita peppers and peaches!

Currie has pepper-growing dialed in. He grows thousands of extra-hot peppers each year.

Currie also willingly guides gardeners like me who are new to these particular crops. (For my part, I’ve grown aji charapitas, but never anything hotter until now.)

The most common mistake we make? Planting hot pepper seeds too deeply and failing to allow enough time for germination. â€śPepper seeds in the super-hot category can take up to six weeks to germinate,â€ť he says.

And it can take 120 to 150 days from seed-starting until your first hot-and-spicy harvest. That may work for gardeners living in warm climates, but those of us in colder areas may want to start pepper seeds indoors as early as late December or early January.

â€śIf you start seeds in April like you might with most vegetables, you’re probably going to get a frost before you get a harvest,â€ť Currie explains.

Of course, before you go to all of that trouble, you’d better be certain your seed stock is legit. Case in point, it wasn’t until after I’d nurtured seeds for an â€śheirloom purple ghost pepperâ€ť that I noticed the online seller’s mediocre product reviews.

According to Currie, my seeds could be the real deal, but the odds aren’t great.

â€śThe designation for an heirloom is 25 years after stability,â€ť he explains. â€śAnd ghost peppers have only been in the United States since the mid to late 1980s. So, officially, if someone’s got [an heirloom] purple ghost pepper, mathematically it’s possibleâ€”but it’s probably just someone saying it’s a purple ghost pepper.â€ť

For comparison, consider Currie’s Carolina Reaper. A botantist and geneticist declared the variety â€śstableâ€ť when the plant was in its tenth generation.

What are heirloom vegetables, and should you grow them?

To give his seeds a head start, Currie soaks them for a few hours in either a hydrogen peroxide solution or black tea.

â€śThe hydrogen peroxide actually takes all of the hot stuff off [of the seed],â€ť he says. â€śAnd the tannic acid [in the tea] kind of mimics the stomach of a bird and softens the seed casing, so that makes it easier to germinate.â€ť

Currie recommends planting pepper seeds at about an eighth of an inch deep in moistâ€”not waterloggedâ€”soil. â€śIf the seeds get too much water, they’ll get a fungus or mold before they can germinate,â€ť he adds.

And once seeds do germinate? Currie waits until seedlings are six inches tall and then transplants them into larger cells.

â€śThen we wait until they’re a foot tall or more to transplant them into the ground,â€ť he says. â€śThat seems to work best.â€ť

Whatever your extra-hot pepper may be, you should wear protective gloves for their harvest and handling. And if you plan to dehydrate or cook with ghost peppers, Carolina Reapers or similarly spicy numbers, take them outside.

â€śI don’t recommend anybody do it inside their house!â€ť Currie laughs.

He slices Carolina Reapers on a specially designated cutting board. And, to avoid overpowering capsaicin fumes, he operates his food dehydrator outdoors or in the garage.