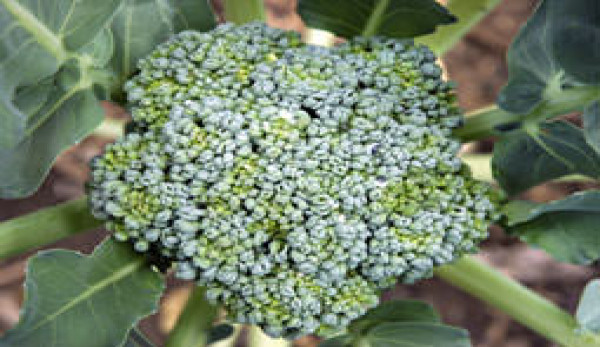 Research performed by USDA scientists and published recently in the journal Crop Science has demonstrated that mineral levels in new varieties ofÂ broccoli have not declined since 1975. The broccoli contains the same levels of calcium, copper, iron, magnesium, potassium and other minerals that have made the vegetable a healthy staple of American diets for decades.

“This research provides data on the nutritional content of broccoli for breeders to consider as they further improve this important vegetable,” said Edward B. Knipling, administrator of the Agricultural Research Service, USDA’s principal intramural scientific research agency.
Â
Scientists evaluated the mineral content of 14 broccoli cultivars released over a span of more than 50 years. The broccoli cultivars were grown in two field trials in 2008 and 2009, and the florets were harvested for testing.

“Our studies show that not much has changed in terms of mineral content in the last 35 years in a crop that has undergone significant improvement from a quality standpoint and that was not widely consumed in the United States before the 1960s,” says Mark Farnham, research leader at the U.S. Vegetable Laboratory in Charleston, S.C.

Broccoli florets in the study were tested for levels of calcium, copper, iron, potassium, magnesium, manganese, molybdenum, sodium, phosphorous, sulfur and zinc. Results indicated significant cultivar differences in floret concentrations of calcium, copper, iron, magnesium, sodium, phosphorous and zinc, but not of potassium, manganese, molybdenum or sulfur. There was no clear relationship between mineral concentration and release year.

“For broccoli cultivars grown during the past 35 years, when hybrids became the standard cultivar, evidence indicates that mineral concentrations remain unchanged,” Farnham says. “As broccoli breeders continue to improve this crop in the future, data from this study can serve as a very useful guide in helping breeders understand the variation in mineral concentrations they should expect among their breeding stocks and also provide a realistic baseline that should be maintained as other characteristics are manipulated in the future.”