In Italy, these last days of January are called Giorni del Merlo, or the days of the robin, and are usually the coldest days of the year. 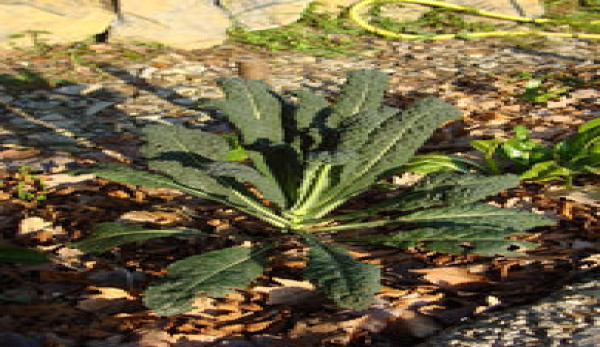 In Italy, these last days of January are called Giorni del Merlo, or the days of the robin, and are usually the coldest days of the year.Â

Itâ€™s cold here in Rapallo, about 0 degrees Fahrenheit last night, but at least weâ€™re having mostly sunny days.Â  Itâ€™s raining and snowing in the rest of Italy, so weâ€™re relatively well off here. And at least the days are getting visibly longer now.

Merlos are cousins of the robins we have in the states, but they do not have red breasts.Â  Thereâ€™s another bird here called the pettirosso, or red-breast, but itâ€™s much smaller than a robin, and more like a fat canary.Â

The merlos are really smart birds, and have the same sort of spoiled rotten children that actually become larger than the adult birds.Â  Itâ€™s amusing to see the big adolescent merlos sitting in the trees squawking loudly while the two parents rush around frantically trying to find enough food to fill their offspringâ€™s mouth. Â

The news in the garden is that the broccoli harvest has finally started.Â  Italians seem to eat more broccoli that Americans, and Iâ€™m definitely eating more since I moved here.Â

I grow both regular broccoli that makes big heads and also a local variety that just makes little individual shoots.Â  The local variety is really popular around here and it is even listed among the market tax lists from 500 years ago in Genoa.Â

The big head broccoli also produces a copious amount of secondary shoots once the central head is harvested.Â  The little shoots are the broccoli most commonly used in pasta dishes and weâ€™ll probably be able to keep harvesting shoots until April, so thereâ€™s a lot of pasta with broccoli in my future.

Another plant in the garden that is ready to start harvesting is the black kale shown in the second photo.Â  This is unusual leaf vegetable is eaten steamed, in soups and in vegetable pies.Â  Eating black kale is reputed to have particular health benefits.Â  Me, I like it steamed and with mustard.

So, tomorrow is Feb. 6, and that means Valentine’s Day is a little more than a week away.Â Â  That still confuses me because for many years in California, Valentine’s Day was when I would plant my first tomatoes.Â  Thereâ€™s no way Iâ€™ll have tomatoes planted this Valentineâ€™s Day, because the groundâ€™s still to wet to work and itâ€™s still too cold to plant tomato seeds in the coldframe.Â  Phooey.