This season, I hope to grow some good Brussels sprouts plants. 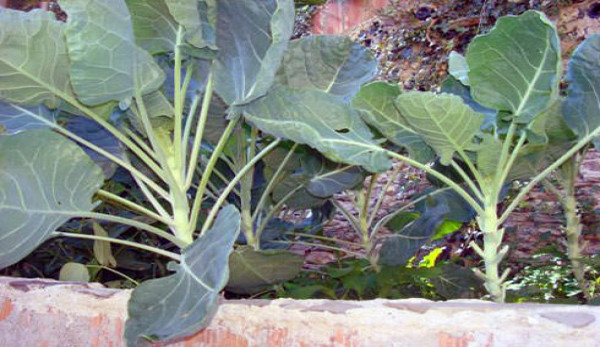 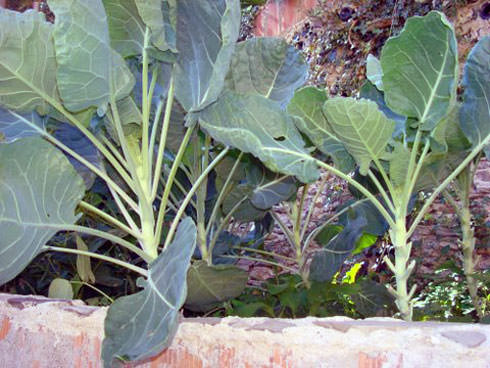 So, Iām hoping some of the readers of this blog might give me some advice on growing Brussels sprouts. Does one have to strip the lower leaves off the stalks, and if so, at what stage? Do commercial growers trim the lower leaves off their Brussels sprouts plants? What are some of the locations and various planting and harvest dates for good home-garden sprouts? Any counsel will be appreciated.

The reason Iām asking for help with growing Brussels sprouts is because Iām trying, yet again, to grow some really good sprouts this season. Sprouts are one of the vegetables of which I have never grown particularly good specimens. This is really annoying, not because of my horticultural machismo being dented, but because I really like eating steamed sprouts with mustard.

I used to visit the farmers markets in Half Moon Bay, Calif., near San Francisco, Calif., a lot when I lived up there. I always enjoyed being able to buy whole stalks loaded with attached sprouts. I swear, some of the core stalks were 3 inches in diameter and almost 4 feet tall. The best Brussels sprout plant I ever grew had a stalk that was only 1 1/2 inches across and 2 feet tall. We thought the sprouts we harvested last winter were tasty, but there were only limited quantities of them. So, this year, weāve planted three dozen different Brussels sprouts plants in three different locations, all in the hopes that this might be the winter we grow some spectacular sprouts.

My basic plan is that I intend to fertilize these Brussels sprouts plants far heavier than usual. In home gardening, it is surprising how often extra fertilizer does the trick. So, I buried a big handful of aged chicken manure 6 inches below each planting hole, and Iām using manure tea once a week on the plants. My plan is to take advantage of the relatively warm fall months to grow the thickest and tallest stalks I can, and then hope the plants decide to make a bunch of the side shoots either during the cool days of early winter or late winter. I have no idea if weāll get sprouts in 2011, or whether weāll have to wait for early spring in 2012, but I think the bigger the stalks, the more ā and tastier ā sprouts will be produced.

Once I am certain that I can, in fact, manage to cultivate some reasonably awesome Brussels sprouts, Iād like to make them a standard crop for our winter planting schedule.

We have broccoli, lettuce, wild arugula, beet greens, edible pod peas and fava beans on the schedule every year now, and it would be nice to be able to add another significant crop. What Iām hoping to do one year is grow some of the red Brussels sprouts Iāve seen in the seed catalogs. Hopefully, Iāll already feel expert enough after this upcoming triumphant sprout season.