Two grants are being used to help farmers discover how to use buckwheat as a weed-suppressing, pest-controlling cover crop. 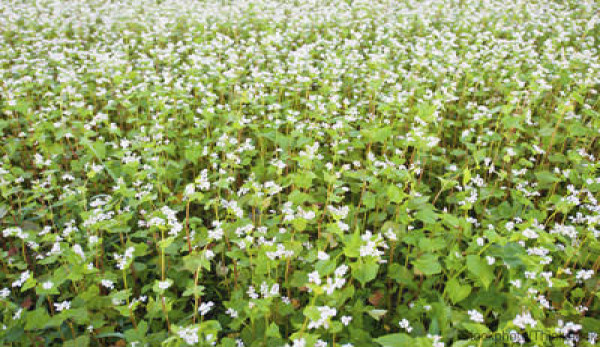 Thomas Jefferson and George Washington sang the praises of buckwheat. Today the broadleaf grain is gaining new popularity as a powerful weed-suppressing cover crop because of its quick establishment and dense growth.

In the Northeast, vegetable farmers are rediscovering how to manage buckwheat effectively, thanks to Cornell University research that demonstrated a well-established stand of buckwheat eliminated 98 percent of summer weeds. The Cornell team, supported by a Sustainable Agriculture Research and Education grant, also developed a definitive, 18-page “Buckwheat Cover Crop Handbookâ€ť that outlines important management strategies. Based on their surveys and outreach, the team estimates that by 2008, their efforts had helped 3,000 farmers use buckwheat successfully on a combined 18,000 acres in vegetable production.

These projects are only two examples of how SARE is at the forefront of supporting the innovative producers, educators and researchers who are making cover crops one of the most indispensable cost-saving tools in the soil-health toolbox. SARE grantees all over the country are discovering cover cropsâ€™ dynamic and vital role in managing weeds, diseases and insects. For example: