Sometimes part of the fun in gardening is being curious and patient and letting unknown plants introduce themselves to you. 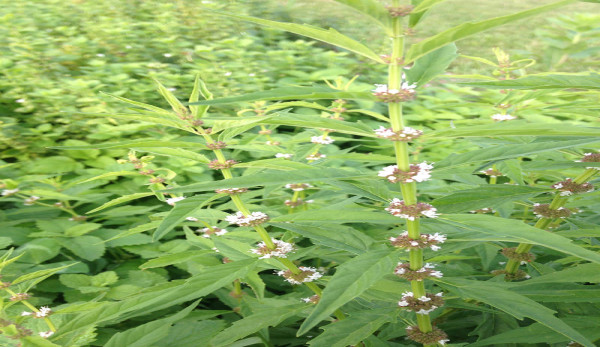 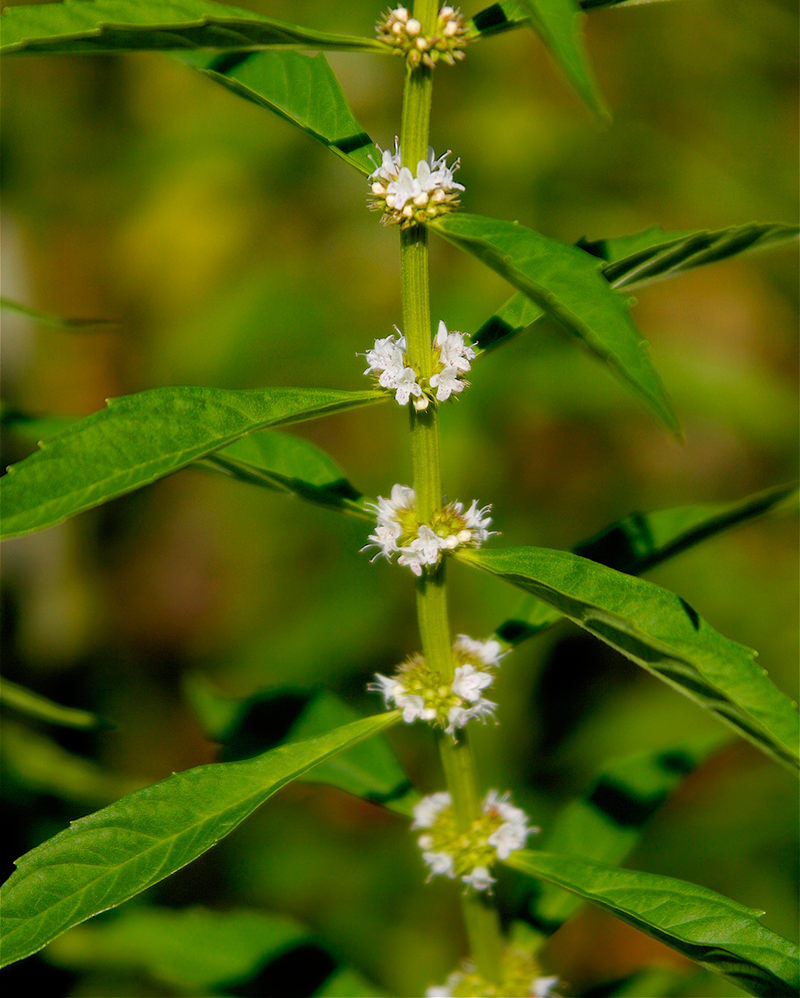 I was raised by a mother who taught me to keep an eye out for plants that might “turn into something goodâ€ť as we weeded our garden beds. I suppose this what sparked my awareness that the line between weeds and beloved plants was not as cut and dry as many would like to believe. Over the years, we experimented with young seedlings not familiar enough to deem a nuisance and often discovered a beautiful flower to collect seeds from or to transplant to a more optimal viewing location. Occasionally, the experiment turned into a learning experience as the plant with potential turned out to be aggressive with few discernible positive qualities.

These days, as I work alongside volunteers and interns, I realize how difficult it is to teach this skill of curiosity. However, when I weeded my kitchen herb garden with my current apprentice, I turned the corner and found that she had left small patches of a weed I had been eyeing for its potential. I hadnâ€™t sussed out its true identity yet, and I was so surprised to recognize this skill in someone else. It was like meeting a lost sister! 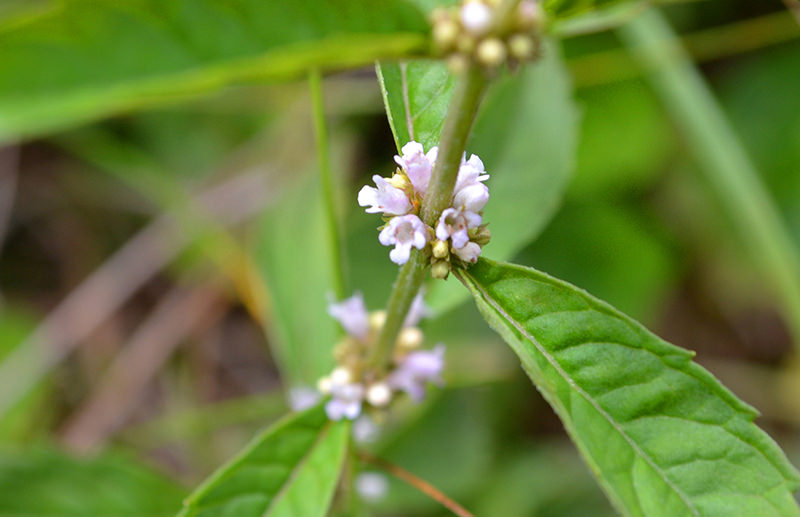 One of the “weedsâ€ť Iâ€™ve allowed to grow because of its potential is in my medicine wheel garden. I had wrongly identified it at first and after it grew upâ€”and spreadâ€”I realized my mistake. This weekend, I was leading a group through the garden when one of my past students looked down and said, “Oh! You have bugleweed!â€ť One of the true delights of watching these unknown plants grow up is finally putting a name to the face, but in this case, I was truly surprised by the revelation.

American bugleweed (Lycopus americanus) is most likely what I have. The Lycopus species is often just called bugleweed, water horehound or gypsywort. It has lance-shaped leaves and tiny clusters of white flowers on the leaf axils. They like to live on moist soils or wet areas. Mine are about knee-high. This is not the bugleweed we think of in landscaping, which is actually Ajuga reptans. Ajuga has some redeeming qualities of its own, but plants in the Lycopus family are especially helpful in supporting an overactive thyroid. 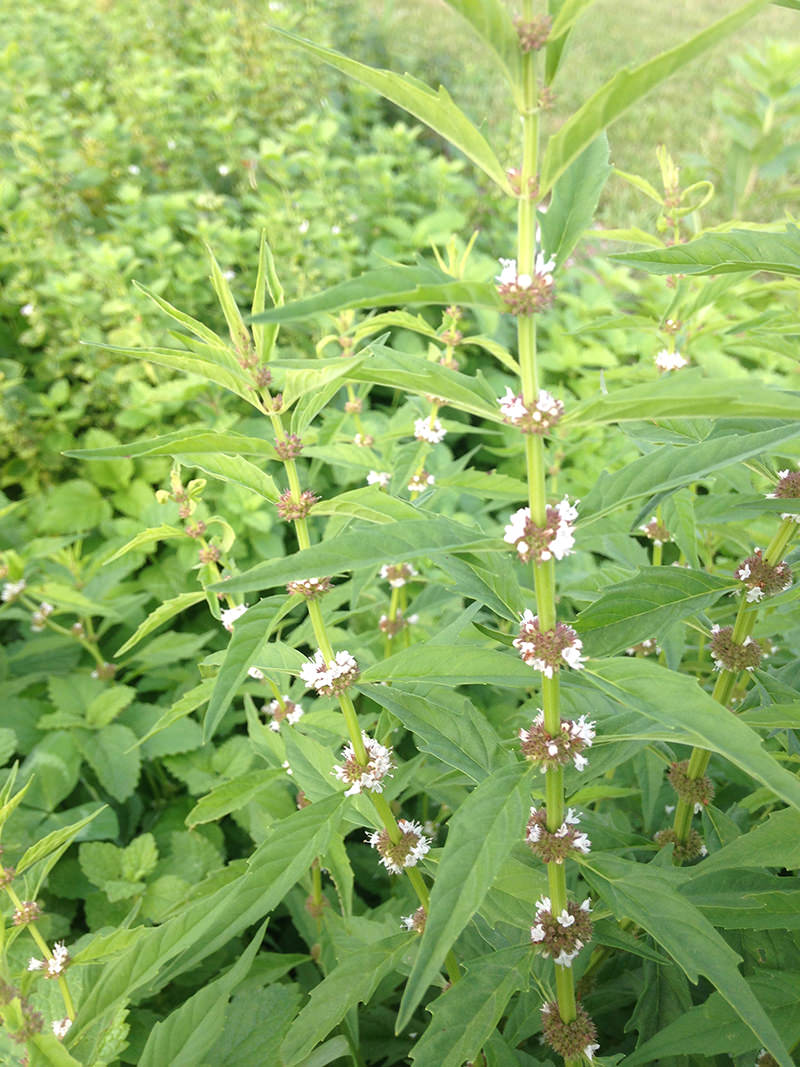 Here is where my story gets interesting. This summer I have been traveling around the country teaching about natural support for the thyroid. It was a topic I was drawn to and that people are hungry for solutions for. Learning that the plant Iâ€™ve been sharing with people on stage has been growing in our medicine wheel all year is a bit of a shock.

The fact that bugleweed volunteered in the reproductive spoke of the medicine wheel is just a bit more than a coincidence. Bugleweed is often paired with lemon balm (Melissa officinalis) to protect a thyroid fighting Graveâ€™s disease. When I went out to look at this plant again this morning I realized that it had spread itself into the nervous system spoke and had cozied up toâ€”yep, you guessed itâ€”the lemon balm plants.

Gardening allows nature to speak to us if we let it. I am so grateful I was taught to look for potential among the weeds. I would have missed mornings like this when I know that something bigger than me reaches out with love through the soil on which I live.