Build A Better Brooder For Your Chicks

The first few weeks of your chickens’ lives are critical, so provide a brooder they can thrive in. 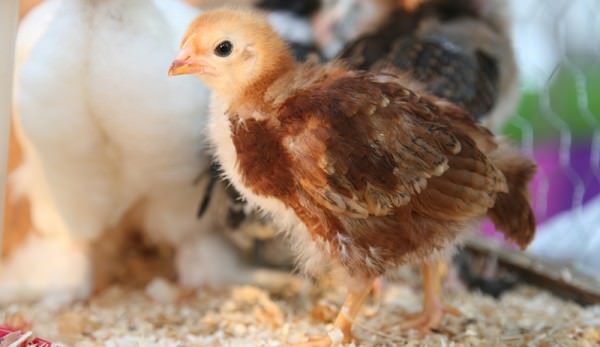 Chicks grow at an astronomical rate, and it can be a challenge from week to week to house them in a suitable brooder—aka a contained living space—that performs optimally until they’re ready to graduate to their permanent home in the coop. Brooders can be fashioned out of a number of items from a simple box to a custom cabinet, but ensuring ample space for the chicks is critically important because overcrowding can cause behavioral and health problems that are easier to avoid than to remedy.

The options for brooder setups are limited only by the imagination, but some function better than others. I have used a number of different brooder types over the years: cardboard boxes, toddler playpens, rabbit hutches, plastic tubs. I even used a plastic toboggan once—briefly! My strong preference is for cardboard boxes, but elements that work for some might not work for others.

Let’s look at the elements of a highly functional brooder, comparing features that aid in raising healthy, safe, happy chicks.


Space To Stretch Out & Breathe

Optimal space is one of the keys to happy, healthy chickens. When too many chickens occupy too small a space, the natural instinct to peck and scratch the ground is limited, which can result in aggression and cannibalistic pecking toward one another. Consider how happy you would be in an elevator with five other people for a week. What if each person doubled in size over that week? Chickens require elbow room, too.

The bare minimum space requirement for a day-old chick is 6 square inches. Visualize an
8½-by-11-inch piece of paper, and allow at least that much space for two one-day-old baby chicks. Increase the size of the brooder as chicks increase in size. A good rule of thumb is to provide each chick with enough room to stretch out completely without touching another chick.

Large, plastic tubs are commonly used to brood day-old chicks; however, they are very impractical as they’re only spacious enough for a few chicks for the first week at most. A better choice is a large cardboard box.

I make a chicken condo that grows with the chicks. I begin with the largest box possible and line it with puppy training pads, which waterproof the bottom of the box. Paper towels line the top of the puppy pads for the first five days or so until the chicks get accustomed to finding and eating feed.

As the chicks grow each day, the cardboard brooder box evolves into a condominium complex when another carboard box is added by duct-taping it to the first. Use a utility knife to cut out a door between the two boxes for chicks to walk through. The doorway is then duct-taped on all four edges, which holds the boxes together and prevents bedding from falling through the threshold.

Traditionally, 250-watt heat lamps have been used for heat, but the primary concern is that they are serious fire hazards. Lamp parts can loosen, chicks can fly into the hot lamp, and the lamps themselves can get knocked over and swing into flammable objects. Heat lamps can also shatter, sending shards of blazing hot glass careening into the brooder. In addition to the risk of fire, heat lamps frequently cause overheating, pasted vents, pecking, cannibalism and other stress-related behavioral problems from light beaming on them 24 hours a day for weeks.

Fortunately, advances in technology have made much safer alternatives available. Radiant heat sources, as well as ceramic bulbs designed for use with reptiles, are infinitely safer and more energy-efficient than traditional heat lamps.

Radiant heat sources don’t warm the entire brooder area; they only warm objects underneath them, which allows chicks to regulate their own temperatures by moving underneath them only when necessary. Radiant heaters offer chicks freedom from the stress-related problems that accompany constant light and unrelenting heat while giving chicken keepers peace of mind knowing they aren’t going to accidentally burn down their house.

In addition to the need for warmth, chicks need to be kept safe. They are incredibly fragile and vulnerable to harm from cats, dogs and well-meaning children. They also must be protected from themselves. They often surprise themselves (and us) with their ability to fly up and out of the brooder at a younger age than anticipated.

A piece of hardware cloth secured to the top of the brooder prevents escapees from landing in harm’s way and keeps curious onlookers at a safe distance. With persistent or aggressive animals or children, it’s better to keep the brooder in a room they cannot access.

The purpose of litter, also called bedding, is to keep the brooder dry. It’s neither necessary nor desirable to keep a brooder poop-free; however, it is essential that the brooder be kept dry. Wet litter creates the ideal environment for disease-causing pathogens to thrive, some of which are deadly.

Chicks need to learn to eat before litter is added to the brooder, so they don’t begin eating bedding. I line the brooder with puppy training pads covered with paper towels for the first five days or so. The pads waterproof the brooder floor and make for efficient clean-outs.
Wet paper towels and puppy pads must always be replaced promptly.

After the first five days, the paper towels should be replaced by litter. The most common litter type is pine shavings, which are absorbent and relatively inexpensive. Sand is an excellent, economical alternative to pine shavings that has benefits shavings don’t offer.
Author and chicken-keeper Gail Damerow talks about using sand in her book Hatching and Brooding Your Own Chicks (Storey Publishing, 2013):

I have used sand in my brooders for years with great success.

Traditional chick water containers are inexpensive and easy to use, but they don’t keep the water clean for long. Due to their shallow basin, litter is easily kicked into them and chicks seem to make a sport of pooping in them. Busy chicks invariably step in and splash water out of the containers, soaking the litter, which can have deadly consequences for them. Regardless of how cleverly they are elevated from floor level with bricks, wood blocks or wide cans, chicks find a way to make a mess with traditional waterers; it can be a full-time job to keep those waterers clean and the bedding dry.

A better choice is a poultry nipple waterer, which cannot be soiled by droppings or litter because it’s suspended in the brooder. Nipple waterers are similar in function to rabbit waterers except instead of a ball bearing at the tip, there is a small, stainless steel rod known as a pin. To use, a chick taps the pin with its beak, releasing a drop of water into its mouth. Poultry nipple waterers can be homemade or purchased commercially.

The challenges of keeping feed clean are similar to those of keeping water clean. Chicks poop in and scoop feed out of traditional feeders onto the floor, which then must be cleaned out of the brooder so they don’t eat it. Wet feed in a warm brooder will mold, generating toxins that can contaminate the entire brooder, sickening and possibly killing chicks.

Once chicks are pros at picking feed up with their beaks, they can be transitioned to a feeder that prevents waste and keeps feed clean.

When chicks are between 14- and 21-days-old and more physically developed, a roost should be introduced into the brooder. A small, natural tree branch or perch fashioned from scrap wood elevated a few inches off the floor provides chicks the opportunity to roost off the ground.

Fill a shallow box with dirt, peat moss or washed, coarse sand for a chick dust bath area, which will provide hours of entertainment for them and you while they learn how to maintain their skin and feathers. A mirror can be a fun addition to the brooder as chicks try to figure out where all the new kids came from.

Avoid relying on treats for entertainment. Chicks need every bit of nutrition contained in their daily intake of starter feed, and too many treats can interfere with their dietary needs, hinder proper development and compromise their health.

A well-designed, dry brooder containing clean water and feed provides chicks with a healthy environment in which to grow and develop strong immune systems without any medications, herbal gimmicks or unnecessary dietary additives.