Burning Question: Are We Over-Farming Honeybees?

As new beekeepers jump on the beekeeping bandwagon, it begs the question of how will the populations of honeybees and native bees be affected in the long-term. 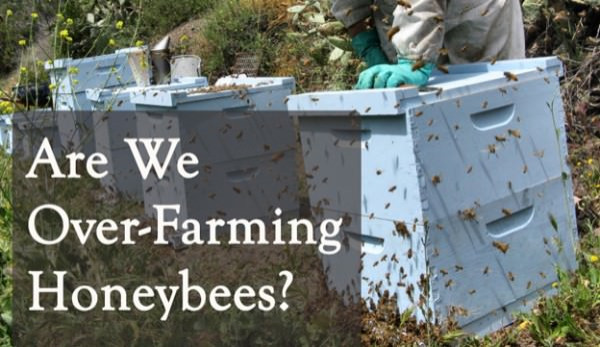 Editorãs Note:ô “Burning Questionsã takes an in-depth look at the hot-button issues facing todayãs farmers. The ideas expressed here are not the opinions of Hobby Farms, but of individual farmers and food advocates rooted in the local-food movement. If you have thoughts or opinions about what is expressed here, please contribute them in the comments below. We want to hear from you, too!

I understand this probably qualifies as heresy, but I think beekeeping is going a little crazy. Yes, I understand a significant proportion of our food production depends on pollination and that overuse of pesticides is hurting their numbers, but keep in mind, this pollination doesnãt have to happen with honeybees. From what Iãve seen over the past 20 years, it appears people are jumping on the beekeeping bandwagon because itãs kind of the rural chic thing to do. Is popularity a good thing for the bees in the long run?

When it comes to the fasciation of honeybees, I get it. The more you learn, the cooler they are. And heaven help you if you get a couple of beekeepers in the same room together. Theyãre worse than gardeners talking about the intricacies of their hobby, including how each hive is doing and what challenges they faced that particular season.

I initially started keeping bees in 1996 because I noticed only one honeybee in my gardens the entire previous year. Even back then, there were reports that the bees were in trouble, so I read books, ordered my first package of bees from Texas and managed to coax the hive through the season. 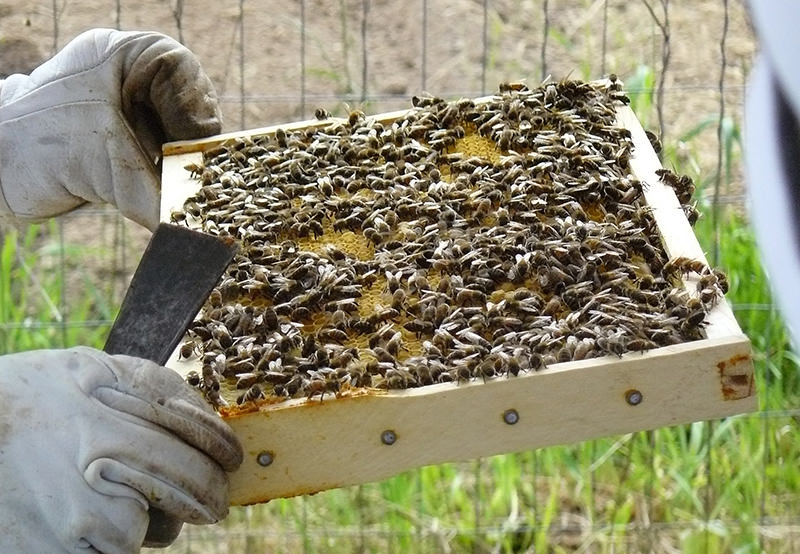 When I first started beekeeping, my thought was I would keep the bees for pollination only. I didnãt care about honey. And this was a good thing because even though I built gardens all around me and lived in an area with native wildflowers, the bees did not put up much of it. Without additional feeding, they wouldnãt have survived if I would have robbed their honey stores.

Iãve read reports over the past couple of years, particularly in urban or suburban situations, where the lack of food for the honeybees is definitely an issue. Thereãs been concern in London, England, for a few years that amateur beekeepers are hedging into the nectar sources that the professionals depend upon to have a successful year. I canãt say that itãs been proven, but there are serious questions.

Even in the U.S., depending on where youãre located, there might be limited food sources. Granted, in lush areas with ample rainfall and continually blooming plants, a lack of nectar sources for bees might not be much of an issue, but looking around the prairie in the middle of a drought-stricken summer, there isnãt much for a bee to find. Even the garden flowers have gone downhill, and thatãs with spending nearly $200 a month on the water bill.

Many beekeepers understand how much honey it takes to pull a hive through the winter and will feed the colony sugar water to supplement the gap. If youãre in beekeeping to make a few extra bucks, it doesnãt make sense to have to feed them to survive.

Other people say to plant more flowers in the garden. To make a pound of honey, the bees need to visit 2 million flowers. Iãm all for increasing gardens, but thatãs a lot of flowers. Because a hive in northern climates, like where I live, needs 60 to 100 pounds of honey to make it through the winter, the required amount of vegetation is pretty mind-boggling. 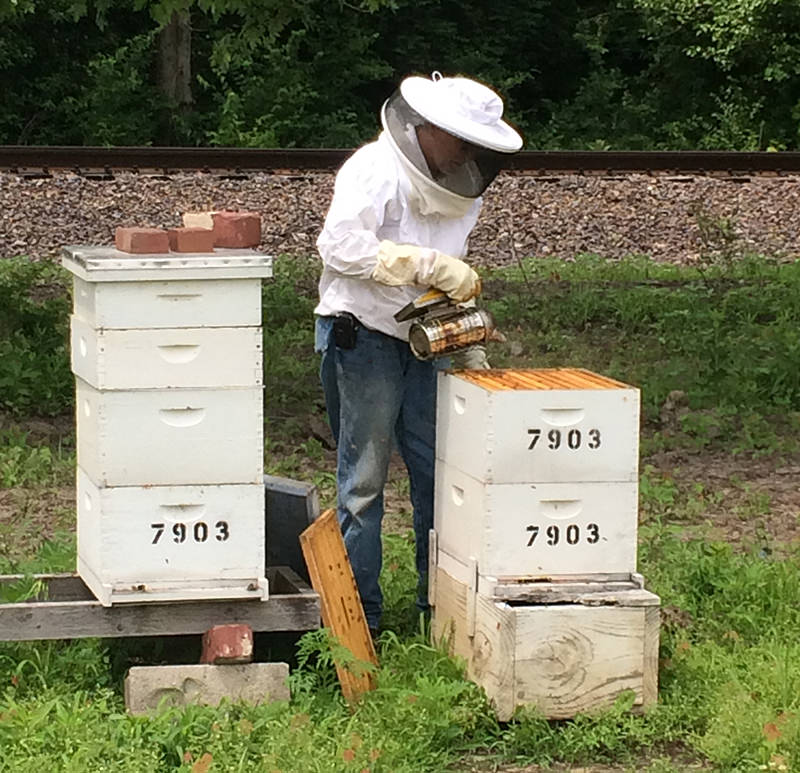 We all make mistakes when we start out with a new hobby, and beekeeping is no exception. Since the beekeeping craze has taken hold, there are a lot more backyard apiaries in more populated areas where humans and bees donãt always do well if they bump into one another.

I have friends who have had hives swarm repeatedly, and unless youãve worked with bees for some time or have a mentor to show you the ropes, itãs hard to tell why. And there was another time when a friendãs bees were also rather cantankerous and actually stung another friend who simply walked past the area on the other side of a solid fence. Iãve also heard complaints from people who drive past the groups of hives located in rural places alongside of the road because they wind up with lots of bees on their windshields.

Having bees can cause problems between neighbors. As the gardening go-to person for our regional newspaper, Iãve had to answer questions on why there are honeybees in a coupleãs hot tub and how they can keep them out of there. Even at home, when the bees are still in our backyard before we move them to alfalfa fields, we have to apologize to neighbors for bees being in petsã water bowls and in the bird baths. Weãve also had to fetch bees (that werenãt ours) at places in the country from trying to relocate in a crevice in an addition under construction. Bees swarm, and new beekeepers arenãt as accustomed to notice the warning signs.

Besides the relationship between neighbors and bees, thereãs also concern of whether these budding apiariesãespecially if theyãre new to beekeepingãwill manage disease and pests properly, potentially impacting others in the area if they donãt. Common bee diseases and pests include:

There are a lot of fad techniques and treatments to battle these issues. And with the current challenges of mite infestations and colony collapse disorder, itãs even more important for beekeepers to take advantage of the knowledgeable resources of honeybee inspectors. Unfortunately, due to budget cuts, many workers in these positions have less time while their work load has grown exponentially. This leaves a lot of unanswered questions and potential bee problems, unless youãre fortunate to live in an area with a tremendous local organization of beekeepers who can help. 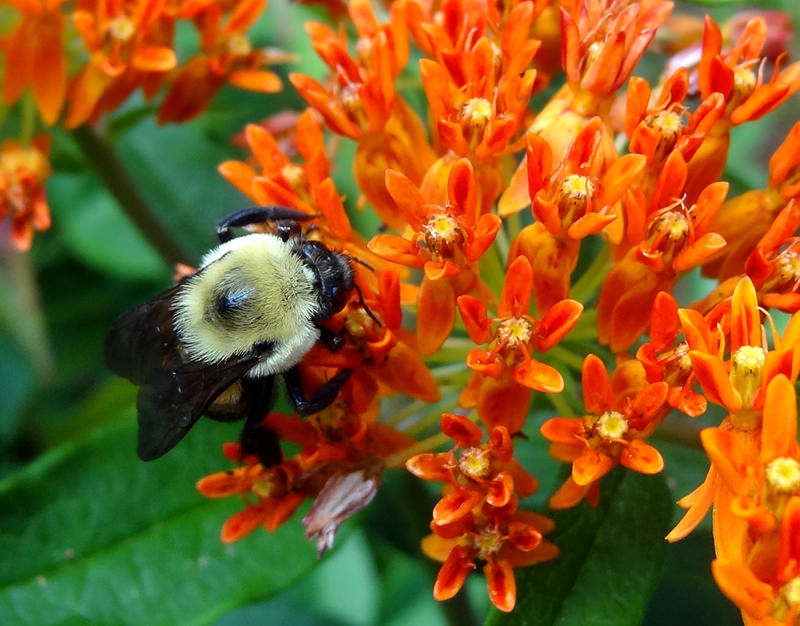 My greatest concern with the increased interest in people keeping honeybees is what it might mean for native bees. While there arenãt conclusive studies on whether the non-native European honeybee outcompetes native pollinators, but the sheer numbers of honeybees can be overwhelming. Itãs raised questions about what level of honeybees to natives is acceptable before the natives are impacted.

I must admit that Iãm enamored with the natives. I love the little mason bees that are out bright and early in the spring pollinating the Nanking cherries and other early bloomers. And even the summer leaf cutters donãt bother me by chewing on the ornamentals because I know theyãre busy pollinating the summer produce.

And hereãs a little secret: The native bees are actually much better at pollinating than the honeybees. Theyãre hard workers that will be out when the weather isnãt perfect, and they tend to flop into the flower instead of carefully collecting the pollen on their legs like the honeybees. (I guess Iãm biased because the nativesã messy work habits resemble my own.)

One possibility for gardeners who want to ensure adequate pollination is to keep native, solitary bees in their garden. They donãt have to worry about caring for a hive, or having enough stores for the winter, but they can still enjoy the pollination benefits of these tremendous little workers. Plus, for the most part, these single bees donãt stingãunless you squish them between your fingers or something. Theyãre definitely a family-friendly option.

I will admit the popularity of beekeeping isnãt all bad for the bees. This increased interest not only brings awareness to the plight of the honeybees but to the situation all pollinators face. If more people understand that the use of pesticides is detrimental to these important workers, itãs a plus. Maybe theyãll allow a few dandelions to live in their yards. And I would be just giddy if people started planting more pollinator-friendly plants, especially interspersed within the vegetable garden.

I seriously donãt want to be a Debbie Downer, but it seems anytime everyone jumps on a fad, I have to question the long-term consequences. Are a lot of bees going to die needlessly in the process? Will non-beekeeping neighbors become irritated with the situation? While it seems like everyone is running out to buy bee equipment and trying to figure out where theyãre going to find a new package or nuc, I suspect weãll find a balance within a few years.