Burning Question: Have We Been Too Quick to Accept Biopesticides?

If you’re looking for a pest control that’s safe for people and the environment, your answer might not be pesticides—even if they’re naturally derived. 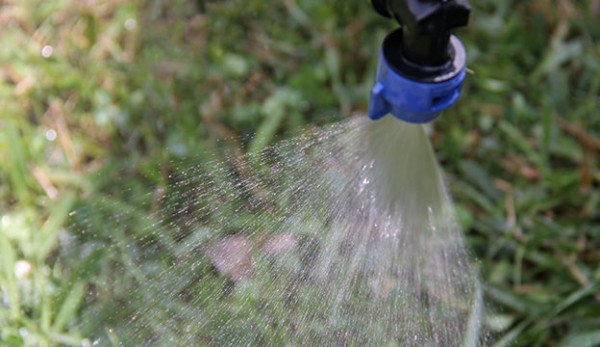 As organic agriculture gets bigger and bigger, perhaps it’s important we take a step back and look at the things making that possible. In this case, are the bio-pesticides allowed by the USDA’s Certified Organic label actually all that “bio”? Are they safe? Some, for example, require the user to wear masks, gloves and suits when applying them, which begs the question, “If you have to wear a protective suit to spray it, should people really be ingesting the food you’re spraying?”

A “biological pesticide” is an pesticide, herbicide or fungicide made from naturally occurring substances intended to kill or disrupt specific or general pests. Unlike conventional pesticides, which are typically derived from petroleum, biopesticides are usually derived from animals, natural enemies of pests and microorganisms. For example, the bacteria Bacillus thuringiensis (Bt)—perhaps the most well-known of these natural pesticides, used in about 90 percent of biopesticides—generally comes from the soil, though it is also found elsewhere. I caution farmers, though, to accept this “naturally derived” idea as inherently positive. We like to forget that all chemicals are naturally derived—petroleum is a natural product, even if it doesn’t stay that way.

The first, and perhaps most cited, drawback to biopesticide use is that many are not species specific. Some are, which is nice, but if you want to kill the cabbage moths and not the other butterflies, that can be a problem. You can use the aforementioned Bt, but you might not be able to determine which insects—whether they be bees, butterflies, other beneficials or pests—are going to consume it. This can hurt you down the line.

According to the available studies, most residues on food don’t seem stick around as long as conventional sprays, which is definitely a positive. The faster they break down, the safer they are for the consumer and the environment. But this also often means that one might need to spray the crops more often if the infestation rebounds. And that brings us to worker conditions.

Some biopesticides, just like the conventional ones, ask that workers stay out of the field for a few days after spraying, a period called “worker withdrawal.” That said, I have one farmer friend who sprayed an approved sugar acid product in her high tunnel to kill some aphids and wound up with a severe headache and sick to her stomach. This organic spray, to my knowledge, did not have worker-withdrawal labeling. Of course, the side-effects linked to biopesticides (i.e., lung inflammation in humans due to Bt or harm to bees from pyrethrin) definitely pale in comparison to the cancer, depression, disease and colony collapse disorder linked to conventional pesticides.

But I don’t want to promote an argumentative fallacy—you see them in your social media feed enough already. Just because the side effects of something are not as extreme as the alternative, doesn’t make those side-effects irrelevant.

I think the answer to the question “Have we been too quick to adopt bio-pesticides?” has actually already been answered at least once. The pesticide Rotenone, which was a common organic biospesticide—and quote, “naturally derived”—was banned for use in organic agriculture because of its link to Parkinson’s disease. It was, like so many things, on the market for years before anyone realized this.

Are there more Rotenones out there? It’s hard to say. As many of the studies I came across stated, more studies could be done. More research. More tests. On the one hand, we need as many alternatives to conventional pesticides as possible—in fact all pesticides should one day be held to the same ecological standards (or higher). But on the other, we need to ask why we’re having to put ourselves, our environment and our workers in harm’s way to begin with? If it comes down to a need for a spray, isn’t the problem much bigger than the pest?

Pesticides, bio or not, are a treatment of the symptom, not the cause. Perhaps looking at whether or not biopesticides are dangerous is the wrong approach. Maybe asking ourselves if spraying a crop with anything is an organic notion to begin with. Crop diversity, crop rotation, disease prevention, soil health and, heck, simple row cover, can do much of the work for us. Isn’t that the more holistic approach? Isn’t that what we should think of as our “organic pesticides”?