Burning Question: Have We Forgotten The Art Of Learning?

If you want to be a farmer, you’ve got to put in the time to learn your craft—only then will you find true success. 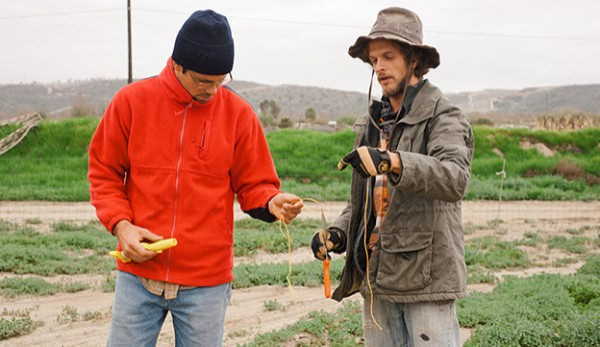 I used to know a lot more about farming than I do now. By the second year of my farming internship, I felt beyond ready to start a farm of my own—so much so that I’d pretty much checked out and stopped savoring the education. And when the internship was over, that’s what I did: I started a farm. But in reality, I was ready in the sense that I was eager to do it, not in the sense that I was at all prepared to run my own farming business.

However, doing another internship or working on some other organic farm for a while—even managing someone else’s farm—simply didn’t appeal to me at the time. It’s not that I didn’t think there would be some value in gaining more experience, but I didn’t think it was worth the expense of delaying my dream of becoming a farmer.

I regret that impatience now because I’ve had to learn a lot about what it takes to be a farmer while trying to make a living for my family. At the time, I was just eager to have a farm of my own, to be able to call myself a farmer, and for people to be eating my food. But at the end of our first CSA, which was extremely stressful and not particularly well-executed, we announced a fall share for that season. And to my surprise then—though hardly to my surprise now—not one person signed up. I might have been a farmer, but I wasn’t really feeding people.

Perhaps this blinding eagerness is generational. Born in 1982, I’m a Gen X/Millennial cusper, and I find that many people my age go down a similar path. They get a little training, or maybe none at all, then start their farms without nearly enough experience to survive as farmers. Some make it—I have, somehow—but many others don’t. We are of a generation who rush into this farming thing, only to find ourselves rushing to stay afloat.

This phenomenon is not, of course, solely relegated to farming. In fact, one industry in particular has it far worse at the moment: fine dining. In a recent New York Times piece on the subject, author Julie Moskin writes:

“Cooks joining the profession now are more particular about the kitchens they want to work in, better equipped to move from job to job and city to city, less willing to work long hours for low wages and more impatient to rise.”

There’s a palpable eagerness among our youth to become the chef or become the farmer. I get that—I had it. But what I overlooked was that Farmer isn’t just a job title—Farmer is an achievement. I didn’t realize at the time that by not spending a few more years learning to farm, I was actually putting myself further behind as a farmer. You don’t become a farmer any earlier by starting a farm earlier. You become a farmer, or a chef, or a designer, or a writer, or an architect, when you know what you’re doing—not when you give yourself the title.

One might blame this eagerness on social media, where we often think of ourselves as “brands” that need to be promoted. Farmer makes a better brand than Intern. Or, in the case of cooking at least, it could be blamed on television—if your goal is to be a celebrity chef, it’s hard to want to spend 15 years hidden in a busy kitchen first.

Not yet. Farming will, though, and soon—I have no doubt about that. And when the celebrity farmer truly hits the mainstream, I fear customers will struggle to find good farmers in the same way that the restaurant industry is struggling to find good cooks. But what every young farmer should keep in mind is that farming is a craft—like acting, like cooking, like anything. Farming should be learned before the fame and success, not after. In fact, that success should come because of one’s hard work and skill, not despite of it. And I hope whoever these celebrity farmers are will make sure that is their message: If you want to get where I am, work harder than you dream.