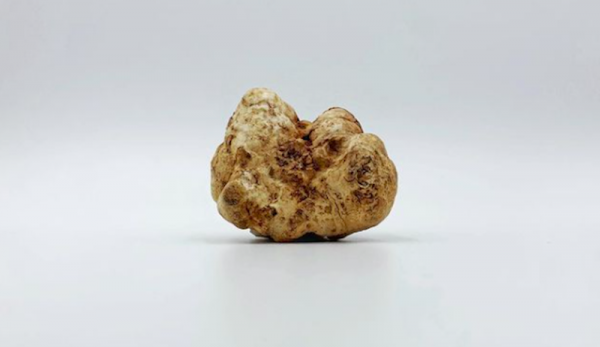 In 2014, the team at Burwell Farms planted their inaugural loblolly pine seedings and inoculated them with white Bianchetto truffles sourced from Europe. Since then, the North Carolina-based venture has become a breakthrough American-based truffle supplier.

“We saw it as a rare opportunity to do something unique,” says Burwell Farms president Jeffrey Coker. “We had the ability to put a white truffle on to the South’s most abundant forest tree. Nobody else had done itâ€”that was really the big thing. We knew it would be a challenge but we knew if we pulled it off we’d be unique in the market place.”

Taking time out from official truffle duties, we spoke to Coker about the development of truffle farming in the United States and creative ways to cook with truffles. We also got tips on how to try growing truffles for yourself at home.

Looking back on Burwell Farms’s first truffle season, Coker says they knew they were taking something of a risk attempting to farm white truffles in America.

“It certainly would not have surprised us had we not been able to do it!” he says. “It was a real team effort between scientists and agriculturalists and entrepreneurs. Others are using black truffles but we’re using a white truffle from Europeâ€”it’s an exquisite world class truffle we’re growing on pine trees.”

When asked about early lessons Burwell Farms learned when beginning to farm white truffles, Coker says it was important “not to believe anything that anybody else told us!”

He adds, “Lots of lessons that were learned out in the field contradict popular advice about growing truffles that you’ll find on the internet.”

Growing Your Own Truffles

If you’re interested in growing your own truffles at home, Burwell Farms sells inoculated pine trees. Coker says they grow best in USDA planting zones 6b to 9a.

“A well balanced soil is ideal, so not pure sand or clay,” adds Coker. “Also, you don’t have to, but to have the best chance at commercial production you need to raise the pH level up into the sevens.”

Getting Creative with Truffles

When it comes to cooking with truffles, Coker says that he’s noticed customers “shaving and grating them over practically everything!” He mentions that truffles work great on eggs or turned into butter, which also keeps well in the freezer.

“We’ve tried it on ice cream, and we’ve seen people putting it on honey,” he continues. “My personal favorite is to infuse nuts with trufflesâ€”truffle-infused almonds are just heavenly.”

Read more: Cut the shiitake! Grow your own mushrooms.

Get on Board with Truffles

“We have a lot of people that purchase truffles for an anniversary or birthday present,” says Coker when asked what sort of customers Burwell Farms has been attracted.

“Especially in the era of COVID-19, where fine dining is a lot trickier than it used to be, we’ve been shipping a lot more to people’s homes. Truffles have never been as readily available to Americans straight out of the ground until now.”