Most of us just watch the Super Bowl for the commercials, throw some joke comments around and move on to the guacamole bowl. Others, like Marji Guyler-Alaniz, see much more and draw inspiration for food-system change. 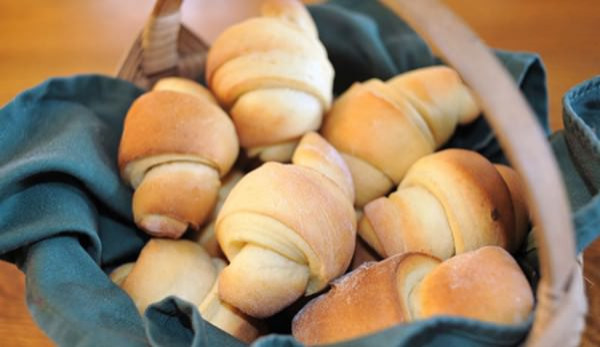 Most of us just watch the Super Bowl for the commercials, throw some joke comments around and move on to the guacamole bowl. Others, like Marji Guyler-Alaniz, see much more and draw inspiration for food-system change.

During the 2013 Super Bowl, Dodge Ram ran┬Āan ad that juxtaposed farm images with the words of Paul HarveyŌĆÖs now famous speech: “So God Made a Farmer.ŌĆØ While the dramatic ad quickly stirred up viral debate about the underlying message and intent, Guyler-Alaniz clearly saw a missing piece: There were few women farmers in the ad, despite the fact that 30 percent of farm operators are female, according to the last Census of Agriculture.

“When I first saw the commercial, I thought the ad was beautifully done and it really struck a chord within me as an American with the powerful imagery and visuals,ŌĆØ Guyler-Alaniz says. “But then it began to hitŌĆömy ŌĆśah haŌĆÖ moment, if you willŌĆöthat not only did this ad not capture these images of todayŌĆÖs women farmers, but rarely in any mainstream media do we see such important images of females raising food.ŌĆØ

Rather than just vent and complain, Guyler-Alaniz took action.

“I grew up in rural Iowa with lots of farmers in my family, including many strong women who prioritized healthy food and home cooking,ŌĆØ she says.

Building on a passion for photography, Guyler-Alaniz set out to capture images of these women, resulting in FarmHer, an ongoing project to document the diversity of female farmers in their everyday settings.

“My goal is to capture the beauty in the everyday, and my style is to show who these women are through subtleties,ŌĆØ Guyler-Alaniz says. “Subtleties that show these are women and portray that they are agriculture. Too often in our world, the beauty of a woman is judged by her face. These are beautiful women, doing beautiful work and my goal is to bring an appreciation to what they do.ŌĆØ

Guyler-AlanizŌĆÖs inspiring story reminds us that we can all take personal action when thereŌĆÖs something we see about our food and agriculture system that we take issue with and want to see changed.

“For me, leadership does not need to be anything big,ŌĆØ she says. “You just need to take one action to get things started; if it is important to you it will be important to someone else. It still amazes me at how many people are touched and affected by my photos through FarmHer. To be able to do something good for other people while doing something I enjoy, thatŌĆÖs what itŌĆÖs all about.ŌĆØ

Thanks to Guyler-Alaniz for sharing her familyŌĆÖs Butterhorn Roll recipe, a wonderfully sweet dinner roll thatŌĆÖs a favorite at holidays like Thanksgiving, Christmas and Easter.
“My family has a melt down if these arenŌĆÖt on the table,ŌĆØ Guyler-Alaniz laughs. “Mix up the dough the day before for best results. After baking, place the rolls into a large paper bag and roll the top shut to keep in the heat. When you are ready to serve, simply roll down the top of the bag to create a brown paper bowl.ŌĆØ

* To scald milk, slowly heat over medium heat, stirring constantly. Remove from heat just before it boils. Cool to room temperature before using in the recipe. The scalding process improves the density and formation of the milk by deactivating the whey proteins so gluten can form properly

Knead dough on floured board. Divide into two balls, and roll out each into large circle. Lightly brush with melted butter. Cut into 16 wedges (like pizza).

Roll each wedge, starting at the wide end, into crescent shape. Let rolls rise for 10 minutes.