4 Tips for Buying Chickens Late in the Season

Looking to increase your flock? When buying chickens, familiarize yourself with these factors before deciding on any autumn poultry offering. 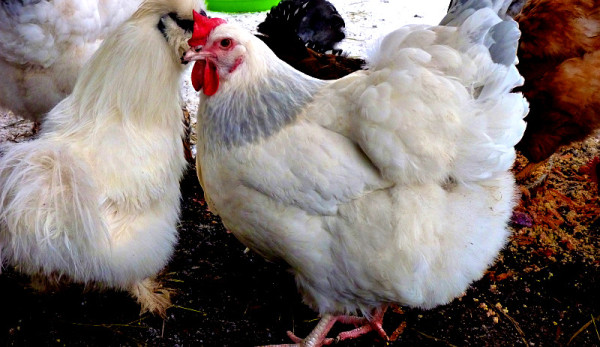 My neighbor Faith was heartbroken. In the past week, sheâ€™d lost two of her chickens, one to a hawk and another to an automobile. When she learned I had no hens for sale, she tried her luck at an online classifieds site. She bought four mixed-breed birds and brought them home, only to have two of them disappear that same night. Distraught, Faith asked me to watch for two bantam orange and black hens. â€śPart Sebright?â€ť I asked, wondering whether Faithâ€™s missing fluffs might be perched high in a tree. Faith didnâ€™t know, and apparently neither did the woman who sold her the birds. Such is a risk of buying chickens this time of year.

Buying chickens during the latter months of the year is a risky hit-or-miss endeavor. This is the time when poultry owners are thinning out their flocks, reducing numbers to make winter care more manageable. As can be expected, only the best birds get to stay: the highly productive layers, the show winners, the most nurturing moms, the truly protective roosters. The rest? Well, those are the ones you have to watch out for as a buyer. After all, thereâ€™s usually an underlying reason why birds’ owners put them up for sale.

Many egg farmers (and a number of backyard flock owners) sell off their layers once they have reached two to three years of age. By this point, hens have reached their peak production and will begin to slowly decline in their egg-laying ability. Girls who are only a couple of years old are an ideal addition to a small flock, as they should still produce eggs for years to come. Some unscrupulous chicken keepers, however, will try to pass off their old biddies as young hens. The hoodwinked buyer eventually discovers his new bird is Mrs. Methuselah.

How to Avoid Being Duped: When buying chickens, ask for the chickenâ€™s age. A good farmer keeps track of flock additions and should be able to look up this information, if not tell you outright on the spot. If the seller is unsure, examine the bird. Check the beak for signs of wear and tear. Inspect the shanks and toes for thickness. and look for knobbiness in the joints. If the hen looks like she has been around the block a few times, your best bet is to pass on this purchase.

Fall is the perfect time for chicken owners to get rid of their troublesome birds: the egg eaters, the fight pickers, the escape artists. Those buying chickens should remember this. Sitting pretty in her sales cage or viewing pen, a hen might look like the sweetest, best-natured bird ever, especially if sheâ€™s a young hen or beautifully feathered. Once she joins a new flock, however, her true temperament comes out and heaven help anyoneâ€”feathered or otherwiseâ€”who gets in her way. Iâ€™ve lost track of how often Faith has had to search for those two runaway bantams, but she has put quite a bit of mileage in those trips. Another poultry pal of mine, Walter, brought home a hen that continually harassed and chased his pet bulldog.

How to Avoid Being Duped: Ask why the bird is being sold. Explain that youâ€™d like to see how she interacts with other birds, something you canâ€™t observe if sheâ€™s singled out in a sales pen. If the seller hesitates about placing the hen alongside her flockmates in front of you, chances are you’ve found the reason for this temporizing. Move along.

Correctly sexing a chick is no small feat. Checking a tiny vent for tiny boy parts is very tricky, so much so that even commercial hatcheries occasionally sex a pullet as a cockerel and vice versa. Itâ€™s much easier to sellâ€”and cheaper to buyâ€”straight-run chicks but, as a result, buyers often end up with more boys than desired. Fall is notorious as the time of year to offload these extra mouths to feed. Places such as feed-store community boards and Craigslist overflow with posts selling or even giving away cockerels and roosters. (Iâ€™ve got a couple of these myself.) It doesnâ€™t happen often, but occasionally an underhanded poultry owner will list a juvenile cockerelâ€”one not yet crowingâ€”as a pullet. Unfortunately, the targets for these types of crooked sales are typically kids new to 4-H and adults new to chicken keeping. I still remember the first time (and sadly, it wasn’t the last time) I attended a chicken exhibition and saw a young kid crying because a judge had scrawled â€śNot a Hen!â€ť on the show card.

How to Avoid Being Duped: Carefully examine the birdâ€™s feathers. The neck’s hackle feathers should have softly rounded ends on a female and sharply pointed ends on a male. Males also have sickle tail feathersâ€”long, tall feathers that curve and drape over the main tail feathersâ€”while females do not. Also check the birdâ€™s legs, especially if the chicken in question is a Sebright or Campine (the males in these breeds have hen-style feathering). Cockerels and roosters will have a spur on the back of the shank by the toes. When buying chickens, if the hen youâ€™re considering has spurs, hackles or crows, you might want to reconsider your purchase.

Nobody wants a sick chicken. With diseases such as Marekâ€™s, Cocci, Pullorum and Newcastle, just the thought of contaminating oneâ€™s entire flock can send a chicken owner into a panic. Iâ€™ve known several poultry fanciers who sold off perfectly good birds because the girls had developed a pesky cough (a change from pine shavings to free ranging and the girlsâ€™ coughs disappeared). While chicken dust and chilly weather can cause a bird to cough, there is always the very real possibility that a bird put up for sale might be infected withâ€”or be a carrier ofâ€”a poultry illness or parasite that can devastate your flock.

How to Avoid Being Duped: When buying chickens, check each oneâ€™s eyes for rheuminess. A birdâ€™s eyes should be bright and clear, not cloudy, weepy or crusty. Bring a penlight and take a peek down the birdâ€™s throat, noting accumulations of mucus or any parasitic worms such as gapeworm. Look for signs of nasal discharge. Place your ear against the chickenâ€™s chest, taking care not to get pecked, and listen to the birdâ€™s breath. It should be clear and even, not wheezy, rattling or congested. If there are droppings nearby, quickly look for evidence of diarrhea or of worms in the stool. Ask to watch the bird move around. If the chicken droops, canâ€™t stand up or trembles, politely but firmly decline the purchase.

Regardless of the circumstances involved in buying your new birds, always quarantine your new additions well away from your existing flock for at least 30 days. A little caution will protect your birds from anything that your new acquisitions might bring in.