A bumblebee species faces extinction while scientists beg our government for pollinator protection. 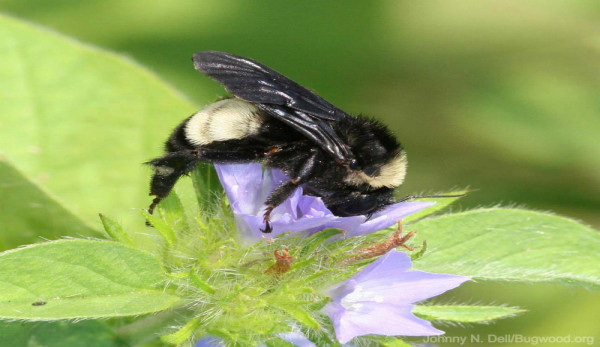 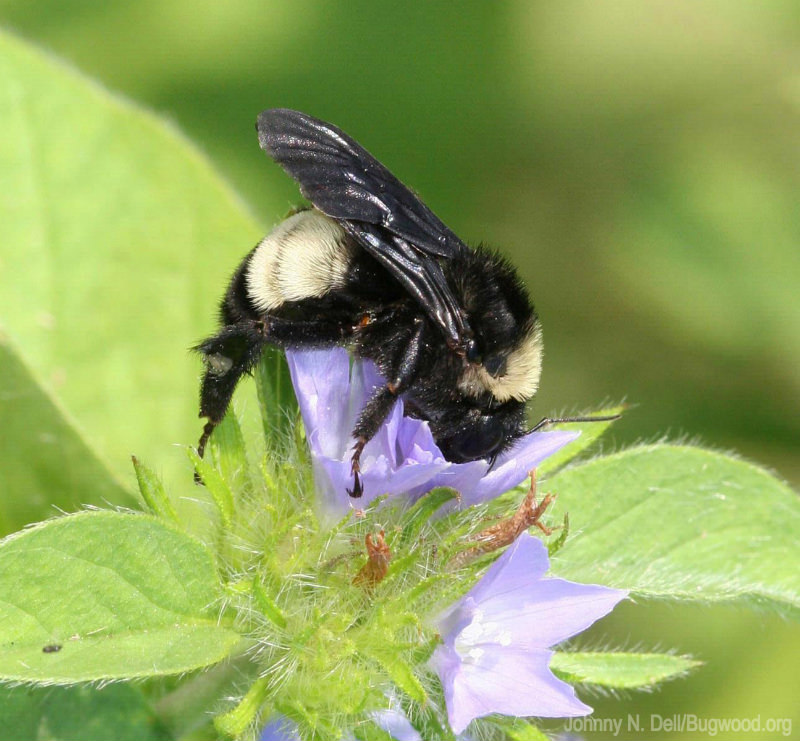 It seems pollinators are on everyone’s mind as bee population decline continues to carry on in front of our eyes. Last week, a bumblebee species was put on a prominent endangered species list, and more than 100 scientists sent a letter to President Obama’s new Pollinator Health Task Force pointing out all the ways in which we’re wronging our pollinators by using neonicotinoid pesticides.

Heading Toward Extinction
In the worst news for bees, a member of their own has been put on the International Union for Conservation of Nature and Natural Resources Red List as an Endangered species. Bombus fraternusâ€”known to you and me as a species of bumblebeeâ€”has seen an 86-percent population decline and a 29-percent range decline since 2001. At this rate, the bumblebee could be gone in 80 to 90 years. Turning U.S. grasslands into industrial-agriculture monocultures, plus rampant neonicotinoid pesticide use, is being blamed as the primary cause of this bumblebee’s downfall. This is not cool for anyone eating food but particularly not for farmers in the Southeast, Mid-Atlantic and Midwest regionsâ€”the bee’s native rangeâ€”who need this bee to pollinate crops.

(Incidentally, the American eel and Pacific Bluefin tuna are also among the 22,413 species now on the IUCN Red List.)

What’s a Farmer to Do?
It’s not just farmers who play a role in helping to bring back this bumblebee. Gardeners and homeowners also need to know their actions are directly affecting pollinators. Here are three things we could all be working toward:

Please Preserve Pollinators
How is it 2014 and we’re still having to ask to “preserveâ€ť something that’s inherently good? I long for the day I can stop writing about this group or that group petitioning the government to do what’s actually right, such asâ€”in this caseâ€”halting the use of the pollinator-killing neonicotinoid pesticides. Regardless, 108 scientistsâ€”entomologists, agronomists, ecologists and ecotoxicologistsâ€”signed a letter to the Pollinator Health Task Force appointed this summer to ask for action against neonics. Among their requests:

And until neonicotinoids are banned altogether:

The requests in this letter don’t appear to be far-fetched, as the Environmental Protection Agency recently completed a study of soybeans that says neonicotinoid pesticide use plays no role in soybean yield, which means halting the pesticide family’s use shouldn’t harm crop productionâ€”or soybean production, at least. (You can read the EPA’s full findings and comment on the results of this study until Dec. 22, 2014.)

There’s always a lot of pollinator action taking placeâ€”locally, nationally and around the world. Jump on board! These bees aren’t going to save themselves.

Read more about what you can do to help bees and other pollinators: