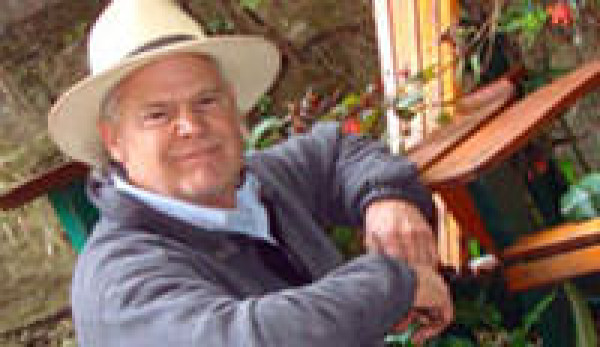 Rick Gush
Rick Gush has long been a staunch organic gardener. While a student at the University of California at Davis he worked at local tomato and sugar beet farms and continued in the agricultural and horticultural industries for many years. A career move in the 1990s led him to design computer games, but no matter how much of a techie heâ€™s become, gardening and farming remain his principal passions.

In 2000, Rick moved to Italy, where he writes to you about his cliff garden and other experiences in Italian urban agriculture. 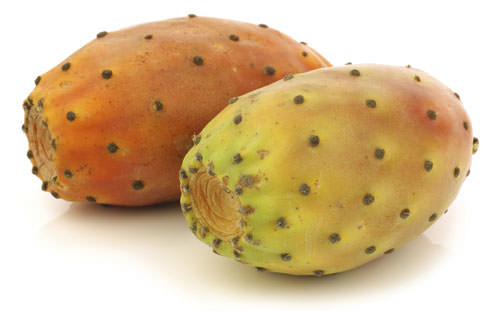 Cactus fruits are easy to grow and delicious.

Cactus-fruit harvesting season has just about arrived, so Iâ€™ve been checking my equipment . Although there are some fruits available earlier, I think the first little cold snap makes the fruits sweeter, so I usually wait until mid October to start harvesting.

This is one of the crops that I do not have room to grow in my own garden, so I prowl around looking for feral plants from which I can harvest. Itâ€™s not rare for people to give me permission to harvest cactus on private property, either. There are a lot of people who donâ€™t consider cactus fruit something they would like to personally handle.

Growing pad cactus, or opuntia, couldnâ€™t be much easier. Opuntias tolerate a bit of cold weather and an occasional snowfall, and will also do well where the winters are very mild, so their geographical range is fairly wide. Almost any piece of a pad that still has a bit of green in it will root pretty easily, and although the plants will tolerate very dry conditions, a opuntia that is well watered and fertilized will grow very quickly, and may reach as high as 10 feet in height within three years. Iâ€™ll have to admit that Iâ€™ve grown opuntias more frequently as a defensive perimiter plant than as a deliberate food crop, and itâ€™s always been very successful as a green security fence. Like any other cactus, too much hand watering in the winter isnâ€™t appreciated, and over-watered cactus can quickly rot.

Altough all pad cacti will produce fruits, the big, gray-green, almost spineless varieties are the major variety both for cultivation and for feral plants, and these are the ones that produce the biggest and most desirable fruits. I have a small-pad opunzia growing in the garden, and it makes delicious little dark-red fruits, but that little crop pales in comparison to the grand abundance that is the main cactus fruit crop.

There are a few different ways to get rid of the fuzzy little spines on the outside of the fruits. Some people rub them while wearing thick, canvas gloves; commercial growers have spinning machines that use little rubber nubs to rub off the spines. What I usually do is wear soft leather gloves and use a sharp knife to peel away the skin, leaving the non-spine-infested pulp from the center of the fruit. I can clean a fruit in about a minute that way.

Once the spines are gone, some people go further and separate the numerous seeds from the flesh. I do that for my wife, but for myself, Iâ€™m happy to crunch the seeds along with the pulp. My favorite cactus-fruit recipes include granola in the morning, or with ice cream for lunch or dinner. Yummy!