The Organic Seed Alliance is working to increase organic seed prevalence and use in the largest U.S. agricultural state. 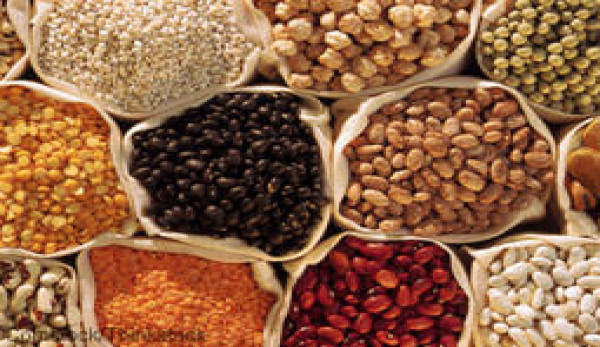 The Port Townsend, Wash.-based nonprofitÂ Organic Seed Alliance is out to close the gap, working to developÂ organic seeds in California and increase their prevalence with support from the Columbia Foundation, the Gaia Fund, the California Wheat Commission, USDA Rural Development, and the USDA Organic Research and Education Initiative.

“At OSA, we focus on fostering healthy seed systems,â€ť says Jared Zystro, California research and education specialist for OSA. “Currently, because of challenges like restrictive intellectual-property arrangements, seed-industry concentrations, GMO contamination, and the loss of important genetic diversity, our seed systems are in danger. OSA is working from the ground up to help advance healthy seed systems through our research, education and advocacy.â€ť

To be classified as organic, the seeds must be grown and harvested following the USDAâ€™sÂ National Organic Program standards. The NOP requires that organic seeds be grown without any genetically engineered traits in soil that is only treated with certified-organic inputs, such asÂ fertilizers and pest controls, and packaged in a certified-organic facility that keeps undesired chemicals from touching the seeds.

The NOP requires its certified farmers to use organic seed, though it does allow for the use of conventional seed if specific requirements are met. Because conventional seed production uses chemicals that are not NOP-approved, growing organically from non-organic seed is not entirely in line with the organizationâ€™s strict standards.

California is the second region that OSA has targeted, following a successful effort in the Pacific Northwest.

“Regional variety development and variety testing allow growers to have access to varieties that are more likely to do well on their farms with their climates,â€ť Zystro says. “Varieties bred and tested in other parts of the nation may not be as likely to do well locally.â€ť

Although the OSA is currently focusing on developing Californiaâ€™s organic seeds regionally, national development is also a priority.

“Some problems, especially in the legal and policy arenas, need to be the focus of national efforts. Also, as the alternative seed movement is growing, we need to be able to share ideas, techniques and resources across the country,â€ť Zystro says.

In a 2012 survey, OSA discovered that, on average, only 38 percent of the seed being used by California certified-organic producers was organic. Zystro points to two major reasons behind this low statistic.

First, a lack of organic seed for a specific variety forces many organic farmers to use conventional seed.

The higher cost of organic seed also remains an issue.

“Although, the [NOP organic standards] do not allow cost to be used as a factor for not choosing organic seed, many farmers, when asked, confidentially â€¦ reported that cost was an issue that deterred them from choosing organic seed,â€ť Zystro points out. “Ultimately, organic farmers and the organic food industry need to see the benefits and the value that organic seed brings to the system.â€ť

OSAâ€™s sights are set above the seeds themselves, though they are the center of the overall plan.

“Besides the seed itself, these systems include plant breeders, seed producers, seed companies, farmers and eaters,â€ť Zystro says. Because these seed systems involve so many individuals and organizations, OSAâ€™s approach to organic seed systems is multifaceted to help accommodate all the various participants in a seed system. The organization chooses specific crops as seed-system models, and theyâ€™ve worked with farmers in California on crops such as beets, eggplant, Swiss chard, zucchini, and three of the stateâ€™s highest-grossing crops grown by seedâ€”lettuce, broccoli and carrots.

In 2012, the organization conducted variety trials with two farms in California to help determine which specific vegetable varieties performed well in regional conditions in order to give farmers additional information about desired varieties to grow. Eddie Tanner of DeepSeeded Community Farm, a 9-acre fruit and vegetable farm in Arcata, Calif., was one of the farmers OSA tapped.

“We were seeking out and comparing varieties to see which were best adapted to our climatic and soil conditions,â€ť Tanner says.

Tanner was responsible for planting and tending to various varieties of three cropsâ€”broccoli, Japanese cucumbers and green beansâ€”in addition to helping Zystro evaluate each varietyâ€™s performance at harvest.

“We were looking for Japanese cucumbers that stayed straight and productive over a long harvest window in our cool-summer area, broccoli that produced well in a dense planting and had longer field holding, and green beans that tasted good, resisted mold and had fewer curly pods at the second harvest.â€ť

The organization also hosts on-farm seed-production field days that train farmers in organic seed production and use, one of which was hosted by Justin Huhn and Quin Shakra of Mano Farm, a 1.3-acre, certified organic farm in Ojai, Calif., last fall. Because the pair also owns an organic seed company, All Good Things Organic Seeds, they grow almost exclusively from organic seeds.

“We generally donâ€™t have a problem sourcing organic seed for any mainstream vegetable crop,â€ť Shakra says. “The only time we donâ€™t â€¦ is if we want to grow hybrids or if thereâ€™s something incredibly rare thatâ€™s even hard to find in commercial form.â€ť

In addition to the variety trials and production field days, OSA works to develop new, organically bred varieties of vegetables with farmers in their target region. Organic breeding differs from conventional breeding in that it forbids the use of genetic engineering and modern biotechnology, instead choosing to harness traditional techniques, such as controlled pollination and family selection. Last year, the organization worked on breeding vigorous, tender and disease-resistant sweet corn and carrot varieties suitable for growth in California. OSA also works to train farmers and extension personnel to be seed experts for their specific region and to create a space for a developing seed enterprise, though they do not sell seeds themselves.

Despite this multitude of focused steps, OSA always keeps the big picture in mind: to make farmers more aware of their seed choices and equip them with the knowledge and tools for ethical seed stewardship.

“We see healthy systems when everyone has access to the seed they need to fulfill their role in the system,â€ť Zystro says.