California Red sheep are a dual-purpose breed noted for their silky, beige or oatmeal-colored fleece and their exceptionally tender, tasty meat. 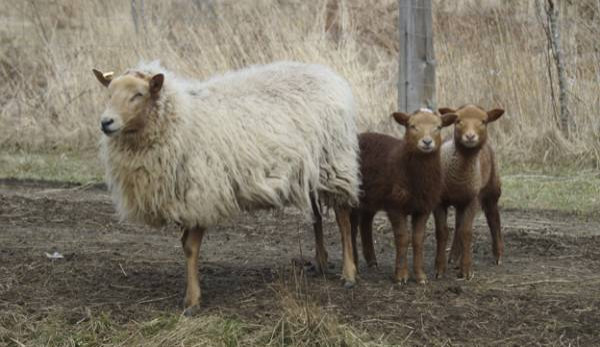 Use: California Red sheep are a dual-purpose breed noted for their silky, beige or oatmeal-colored fleece and their exceptionally tender, tasty meat.

History: In the 1970s, Glenn Spurlock, PhD, of Davis, Calif., began crossing Tunis sheep and Barbados sheep with the goal of creating a large, wool-free breed of sheep. Although he didnâ€™t accomplish that goal, his Tunis-Barbados sheep were attractive and excellent meat makers. At his retirement, Spurlock handed over his flock to Aime and Paulette Soulier of Winters, Calif., who continued developing the sheep mix as a wool and meat breed. Others became involved, particularly Alice Gardner of Dixon, Calif. who raised a California Red flock from the first true California Red sheep. Today, there are more than 60 breeders of California Red sheep, all of whose sheep are descendants of Spurlockâ€™s original flock.

Conformation: California Reds are medium-sized sheep. Rams weigh 225 to 250 pounds and ewes weigh 130 to 150 pounds. Both sexes are polled and have long, slightly pendulous ears. Their heads and their legs are free of wool below the knees and hocks; these areas are covered, instead, with gold- to dark cinnamon-colored hair. Rams sometimes grow impressive red manes. They are calm, easy-going sheep and are very responsive to gentle handling. California Red lambs are born a solid cinnamon red or rust color. By the time theyâ€™re 1 to 1Â˝ years old, their fleece has grown in beige or oatmeal-colored, with soft red hair evenly distributed throughout. Their wool-free heads and legs remain the same color from their birth. The California Red sheep has silky, soft wool that grows 3 to 6 inches long between annual shearings, measures 50 to 60 on the Bradford count system and averages about 30 to 35 microns in diameter.