The energetic Campine chicken is a dependable layer of medium-sized white eggs. 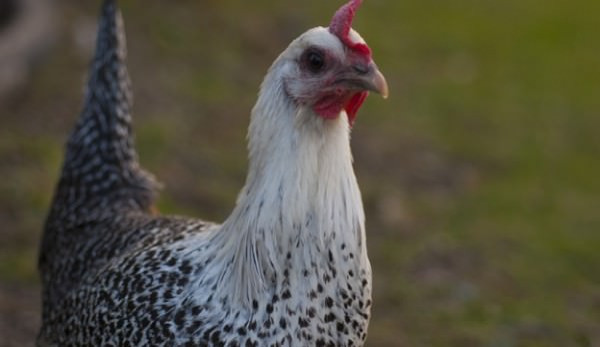 Use: The energetic Campine chicken is a dependable layer of medium-sized white eggs. In North America, the Campine is prized as an ornamental chicken breed, as well.

With origins dating back to the time of Julius Caesar, the petite Campine is a very old and rare chicken breed. In 1893, Arthur D. Murray of Maine brought the Campine to America. The breed had some difficulty reaching popularity due to its lack of hardiness but was finally admitted into the American Poultry Associationâ€™s Standard of Perfection in 1914.

Campine numbers saw a severe decline after World War II, and the chicken breed almost became extinct. A small group of Campine chicken breeders were able to bring the breedâ€™s numbers back to stability; however itâ€™s still quite rare. Originally a farmyard chicken breed, the Campine chickenâ€™s genes played a major role in the development of todayâ€™s commercial system, providing rapid feathering and growth for the meat industry and auto-sexing for the egg-laying industry.

Conformation: Close-fitting feathers cause the Campine chicken breed to appear even smaller than it is. A Campine rooster possesses a form of â€śhen feathering,â€ť in which he does not develop long sickle feathers in the tail, hackle and saddle feathers. The development of long sickle and hackle feathers in a Campine chicken disqualifies it from shows. The APA recognizes two colors: Golden and Silver. Both varieties are solid-colored on the head and neck and display black barring on the body and tail. The chicken breedâ€™s single comb and medium-sized wattles are bright red. Its bright-white earlobes sit close to the head. Shanks are leaden blue. Standard Campine cocks weigh 6 pounds and hens weigh 4 pounds; bantam Campine cocks weigh 26 ounces and hens weigh 22 ounces.

Special Considerations/Notes: The Campine chicken is capable of foraging for its food requirements. The breed is listed in the Critical category of the American Livestock Breeds Conservancyâ€™s Conservation Priority List.