Despite the inhospitable soils of drought land, earthworms have mechanisms to survive and recover from lack of water over an extended period of time. 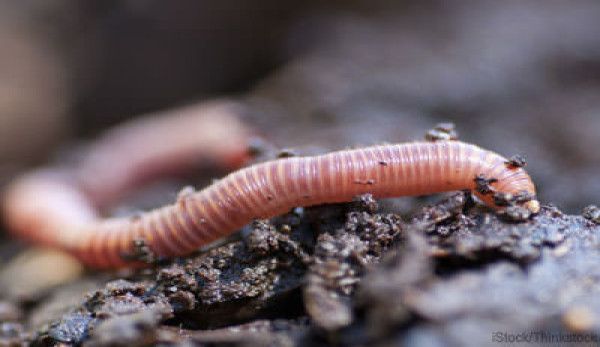 Earthworms are a welcome sight on the farm, as they mix soil and improve soil structure, but worms are hard to find in drier soils, where water and organic matter is limited. Adding earthworms to fields where theyâ€™re not currently found can help enhance soil health and productivity, but a big question scientists have asked is whether the worms will survive. A new study published in the Soil Science Society of America Journal suggests that they can.

Earthworms use water for many things: for respiration, to keep their bodies from drying out, and to make the mucus that helps them slide through the soil. When soils get dry, earthworms go into estivation.

“During estivation, earthworms wrap their bodies into a tight knot to reduce the amount of surface area exposed to the soil,â€ť explains Jacob McDaniel, lead author of the study, which appears in the September/October 2013 issue of Soil Science Society of America Journal. “Then theyâ€™ll seal themselves up in a chamber lined with their mucus. Inside that chamber, the humidity is higher so they donâ€™t dry out as the soil dries.â€ť

The ability of earthworms to go into estivation suggests they can survive dry periods in the soil. The aim of the study was to find out how long they could survive and whether they would recover after an extended drought. To answer those questions, researchers from Colorado State University recreated drought conditions in pots containing soil and worms.

Earthworms live in Colorado soils, but their distribution is limited. They are mostly found in areas close to water or with higher levels of precipitation or irrigation. Earthworms for the study were gathered near an irrigated alfalfa field close to Fort Collins. If these worms can survive periods of drought, according to the scientists, they might have the ability to establish in no-till, dryland agricultural soils of eastern Colorado to improve and mix soils.

Four levels of drought stress were created in the study: constant water and one, two and three weeks without added water. These conditions were based on rainfall patterns in the area where the soilâ€”a sandy loam from a dryland agricultural fieldâ€”was collected.

“If the soil did get rewetted, their weight didnâ€™t change,â€ť McDaniel says. “They should be able to survive through and recover after a drought that matches our conditions.â€ť

The results of the study suggest that by going into estivation, earthworms could survive in drought-prone soils, but further work will be done to pinpoint strategies to increase their survival and understand their drought response. McDaniel explains that an important step will be to see what happens in a field.

“The stress in the pots could be very different than what we would see in the field,â€ť he says. “Future work needs to be done in the field setting with actual droughts instead of set time periods.â€ť

Also, researchers want to find out whether the amount of time earthworms are allowed to acclimate to soils before encountering drought stress affects their survival. If an ideal length of time for acclimation can be found, efforts to establish earthworms might be more successful. Then, even drought-prone, dryland soils could reap the benefits that worms provide to other soils throughout the world.