Can Farmers Use CBD To Help Their Livestock Animals?

There's some evidence that CBD could be useful for farm animals, but a number of questions and hours of research remain before the compound can be adopted. 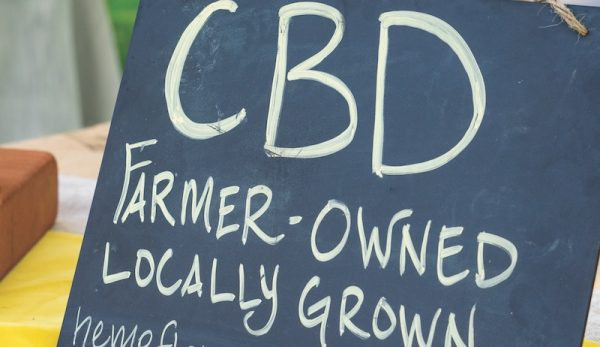 Cannibidiol, more commonly known as CBD, is just one of more than a hundred chemical compounds, collectively known as cannabinoids, extracted from the cannabis plant.

A simple internet search can make it seem as though CBD is something of a cure-all. Claims range from anti-inflammatory to antidepressant and beyond.

However, the fact is that most of these claims are unsubstantiated by rigorous scientific testing, on the human medical and veterinary sides, despite the growing popularity of CBD.

Research on the use of CBD in dogs is steadily growing. There are currently no FDA-approved CBD products on the market for any animals (and only one approved for use in humans). But some veterinarians find that certain canine patients respond to the compound when other traditional therapies fail.

Conditions that respond include chronic pain and anxiety. This leads us then to wonder if this chemical could have any positive impact in our farm animal species.

The conclusion of this paper was that CBD did seem to result in recovery. But a single study in one animal for an unusual condition is not robust enough evidence to yet convince veterinarians or horse owners that CBD effectively treats their animals.

Read more: Hemp is hot. Here’s what you should know about growing it.

For our food-producing species, such as pigs and cattle, the byproducts of industrial hemp have been looked at as a source of livestock feed. There are also a handful of studies that suggest CBD may be implicated in responses such as increasing appetite in livestock (resulting in weight gain) and promoting fertility in female cattle.

But nothing definitive has been repeatedly demonstrated.

An additional layer of caution applies to our food-producing species: Does their consumption of CBD-containing products have any impact on meat from animals that will then be consumed by humans?

A 2020 article in the scientific journal Nature examined some initial metabolism data in cattle. This suggests that a lot of work remains to better understand the absorption, break down and excretion of this compound not only for the therapeutic effects of the animal, but also for the potential safety impacts on the human consumer.

Read more: New to hemp? Beware of bad actors in the growing game.

Another challenge with CBD (as with any unapproved medical compound): unregulated manufacturing. Also, differing companies can require different considerations. We don’t know what a so-called therapeutic dose of CBD for livestock would entail. Same with what constitutes a toxic dose.

A large array of vital questions remain unanswered when it comes to CBDâ€™s potential use in livestock, such as:

Larger animals presumably require larger doses. So the challenges of obtaining, purifying and otherwise manufacturing CBD may be variable for livestock feeds or medications. The cost could be prohibitive without sound science to support claims of benefits for on-the-farm use.

Given these considerations, it may be a long time before hobby farmers see any CBD-based feeds or therapies at the local feed-supply store or through prescription from your veterinarian, if at all.