Can I Milk Sheep? 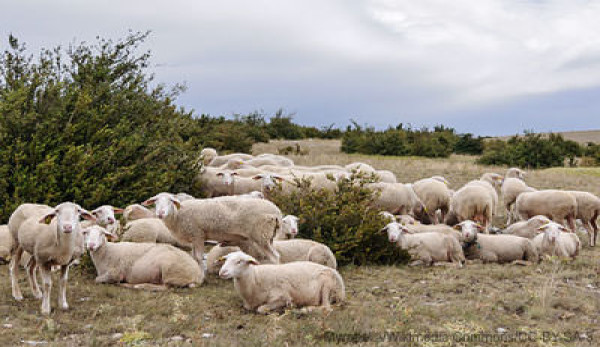 An interesting question comes this week from Pat Fraser who says, “I will soon be 65, and I always had a Jersey milk cow. Can I milk sheep, too? I love the meat. Can they be as friendly as aÂ LaMancha orÂ Nubian goats?â€ť

Pat, you can certainlyÂ milk sheep instead ofÂ dairy goats or cows. Sheep milk is very rich. It has nearly twice the butterfat of cowâ€™s milk, and itâ€™s higher in vitamins A, B and E, calcium, phosphorus, potassium, and magnesium, too. Plus, because it has a higher solids content than goatâ€™s or cowâ€™s milk, you can make lot moreÂ cheese per gallon using sheepâ€™s milk.

If you want to milk sheep you should get specialized dairy sheep. In the United States, the main dairy sheep breed is the East Friesian, a triple-purpose milk, meat and wool breed developed in the Friesland region of northern Germany and the Netherlands, where they were historically kept in small numbers as household dairy providers. East Friesians are white, with ears that stick out to the sides, wool-free heads, legs and bellies, and short, naked tails. They produce meaty lambs and a heavy fleece of high-quality wool. However, East Friesians arenâ€™t as hardy as most sheep, so if you get some, youâ€™ll need a warm barn.

In North America, East Friesians are sometimes crossed with Lacaunes. The Lacaune is an ancient breed from southern France, where Lacaune milk is used for crafting Roquefort cheese. Lacaunes produce less milk and have fewer lambs than East Friesians, but theyâ€™re considerably hardier. Dairy sheep of mixed East Friesian-Lacaune bloodlines are a favorite in American sheep dairies.

You could also milk non-dairy ewes, but they arenâ€™t top producers compared to dairy sheep. A dairy sheepâ€™s lactation generally runs 220 to 240 days, slightly shorter than a dairy goatâ€™s lactation. Specialized dairy sheep produce 400 to 1,100 pounds of milkâ€”thatâ€™s 50 to 137Â˝ gallonsâ€”per lactation while non-dairy sheep give roughly 100 to 200 poundsâ€”or 12Â˝ to 25 gallonsâ€”per lactation. To learn more about the dairy qualities of non-dairy breeds, check out the University of Wisconsin-Madisonâ€™s bulletin, “Breeds of Sheep for Commercial Milk Production.”

Sheep can certainly be as tame and friendly as us goats, butÂ bottle lambs or sheep that already used for home dairying are certainly nicer and easier to work with. Sheep that work for a living on commercial dairy lines, like cows on dairy lines, might not easily adapt to hand milking.

One thing worth mentioning is that sheep are milked from the rear instead of the side. Thatâ€™s because their udders are set farther back between their legs than dairy goatsâ€™ udders.

Most sheep dairies are located in the Upper Midwest, especially Wisconsin, and in New England, so unless you live in one of those places it would probably be easier to buy dairy goats instead.

The one thing dairy sheep do better than dairy goats or cows is provide milk ideal for making cheese. Sheep milk yields 18 to 20 percent cheese, while goat and cow milk yield 9 to 10 percent. A nice thing is that sheep milk freezes very well, so you can save it up until you have enough for cheese. Some famous international sheep milk cheeses are Roquefort from France, Manchengo from Spain, Pecorino Romano from Italy and Kaseri Manouri from Greece. Yum!