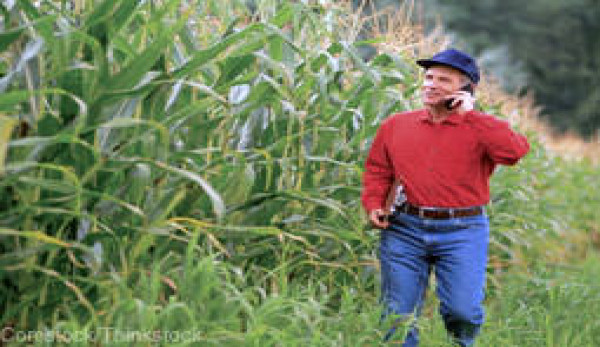 A recently published study in the online journal, PLoS ONE, shows how diversifying crop rotations can create profitable and sustainable farms.

Nine years of data show that the more diverse rotations greatly reduce the need for fossil fuels, herbicides and synthetic fertilizers without sacrificing yields or profitability. Although corn and soybeans are grown less frequently in the diverse rotations, they have higher yields when they are planted in diversified cropland: an average of 4 percent greater for corn and 9 percent greater for soybean.

There were no differences in profits between the three cropping systems, for either the “start-upâ€ť phase of the experiment (2003 to 2005) or the “establishedâ€ť phase (2006 to 2011). Despite high prices for corn and soybeans, the diverse rotations had the advantage of significantly lower input costs, particularly fertilizer. With periodic applications of cattle manure and nitrogen fixation byÂ clover and alfalfa, the diverse rotations required 80 to 86 percent less synthetic nitrogen.

Diverse rotations consumed approximately half the energy required annually by a conventional corn-soybean system, making farmers less vulnerable to the rising costs of fossil fuels. Researchers also found that they could effectivelyÂ manage weeds with 86 to 90 percent less herbicide.Â Â

Plus-1 for Environment
Input reductions offer environmental benefits as well as financial ones. Diverse rotations can improve soil quality, diminish erosion, protect nearby streams from pollution and reduce the risk of creating herbicide-resistant weeds. After nine years, the herbicide-related freshwater toxicity associated with the diverse rotations was 200 times lower compared to the conventional system.Â

Additionally, with living roots in the ground for longer portions of the year, the land is more likely to withstand severe weather events without losing topsoil or crops.

One Step Further
Matt Liebman, ISU agronomy professor and a principal investigator of the project, envisions that these diverse farming rotations would be coupled with livestock operations. Alfalfa and small grains can provide forage for livestock, thus contributing to the global food supply, while the livestock in turn supply manure that enriches soil at little cost to the farmer.

Integrated crop-livestock farming systems were common in much of North America until the 1960s, when the availability of low-cost fertilizer encouraged farmers to specialize. The rising cost of fossil fuels, concerns about human and environmental health, and the advantage of new knowledge and modern technology could make diverse rotations an attractive option for the future.Â

Mark Bittman, who wrote the book Food Matters (Simon & Schuster, 2008) to make the crucial connections among food, health and the environment, brought the study to national attention in a New York Times blog post. He called the research a “third pathâ€ť between conventional and organic agriculture. Barriers to taking this path include the increased management time, skills and labor required, as well as policies that incentivize corn and soybean and the lack of strong markets for alternative crops. An absence of costs assigned to environmental damage associated with farming systems is an additional impediment.

Nevertheless, Liebman feels optimistic about the practical impact of the study. “We can see what a well-functioning system looks like, and we can see what it looks like today,â€ť he says. “Implementing diversified farming systems on a broad scale will require some new policy incentives, but this research shows that we can meet the technical challenges.â€ť

The research has been funded with competitive grants from the Leopold Center, the USDA National Research Initiative, the Iowa Soybean Association and the Organic Center.