This rare Mediterranean mystery chicken breed is named for its distinctive comb, and the heritage bird is both fast-maturing and a peerless free-ranger. 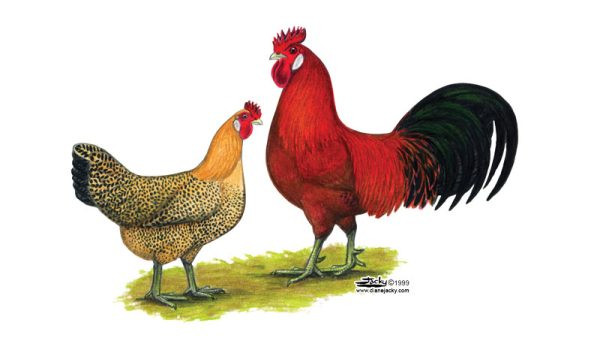 Chickens and other poultry members come in all sizes, shapes, colors and personalities. Nearly 400 recognized breeds and varieties of poultry exist, including large-fowl and bantam chickens, ducks, geese, turkeys and guinea fowl. Using our illustration and a few selected hints, can you guess the mystery chicken breed we have depicted here? Find out the answer below!

The chicken breed depicted above is the Sicilian Buttercup, a heritage layer that produces medium-sized white eggs. Although its exact origins are unknown, Sicilian farmers reared the breed for centuries before importation to America in 1835. The breed is slender and elegant like other breeds of the Mediterranean.

The American Poultry Association admitted the breed into the Standard of Perfection in 1918. To learn more about this beautiful breed, click here

This mystery chicken breed was brought to you byÂ Murray McMurray Hatchery,Â which provides the highest quality poultry and auxiliary products to its customers and has been a trusted, knowledgeable industry resourceÂ for more than 100 years. Whether you are an experienced or novice enthusiast, Murray McMurray is sure you will enjoy its wide selectionÂ of breeds and supplies to assist you with raising your flock!