Can You Spot the Tortoise Beetle?

If you find small, oblong holes on your sweet-potato plants, the elusive tortoise beetle may be to blame. 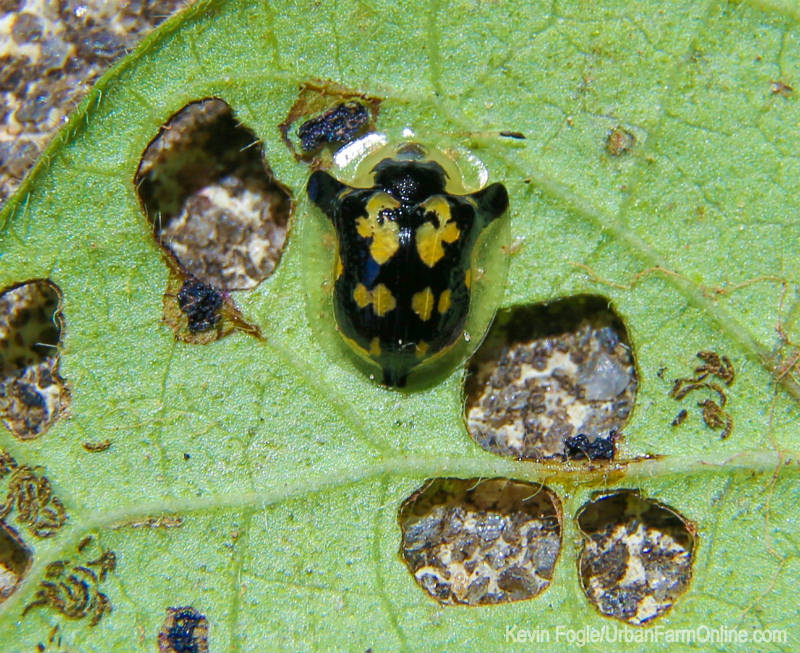 I walked out my front door this morning to inspect my sweet potato plants. Itâ€™s only a week or two until itâ€™s finally time to harvest my heirloom crop of all-purple sweet potatoes, and Iâ€™m eager to dig them up.

As I examined the potato foliage, I noticed that some nefarious insect had been munching on the leaves. Small, round, elongated holes were scattered across the interior of several leaves. I started to look closer at the plant, and after flipping over five to 10 leaves, I encountered the culprit: a droplet of molten gold the size of ladybug.

It was a golden tortoise beetle, one of the most visually stunning beetles that I know. More searching revealed a second tortoise beetle species, the mottled tortoise beetle, featuring a darker color scheme. Luckily at this late stage of development, my sweet potatoes are unlikely to be negatively impacted by the consumption of leaves by these pests. 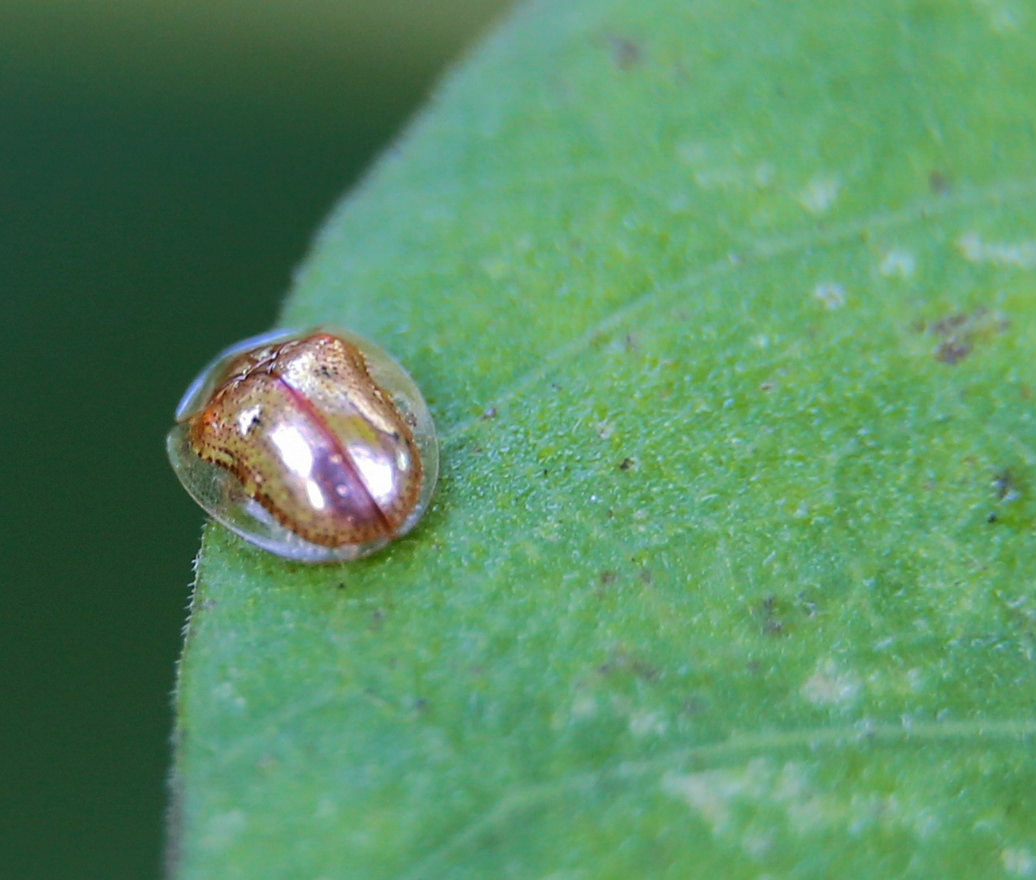 Several tortoise beetle species (Order: Coleoptera, Family: Chrysomelida), including the golden and mottled tortoise beetles that I encountered, are commonly found throughout the continental United States. You can find them most frequently found on plants in the morning-glory family, which happens to include sweet potatoes.

The adult beetles are turtle-shaped with rounded bodies low to the ground, and when disturbed, the insect can withdraw beneath a protective shell. The beetles themselves are quite small, less than a quarter inch in total length, and colors range from metallic gold (golden tortoise beetle) to brownish red or a combination of dark and metallic aspects (mottled tortoise beetle). 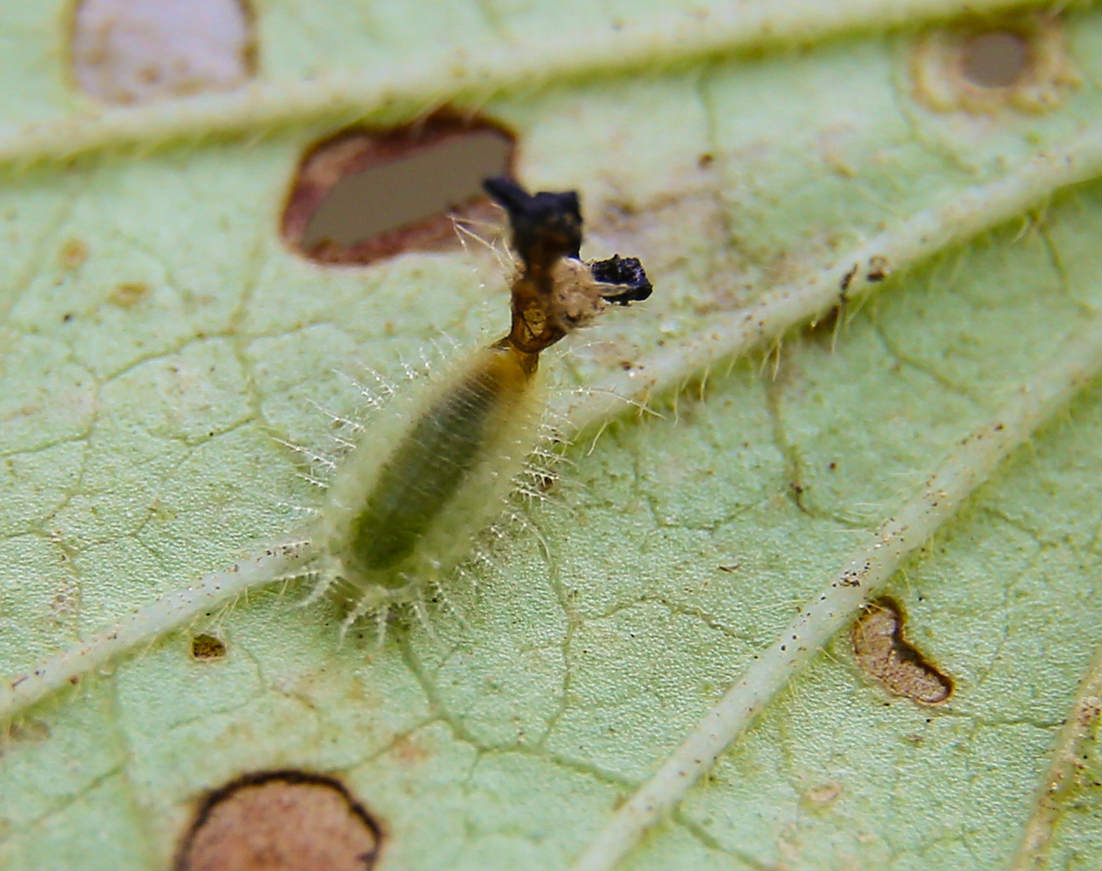 Overwintering tortoise beetle adults lay eggs in late spring on the underside of leaves. The larvae hatch and feeds on vegetation, leaving behind the same telltale holes as the adults. The larvae look nothing like the adultsâ€”theyâ€™re small and flat with spiny protrusions around the entire body and are brown or green larva depending on the particular species. Tortoise beetle larvae have a distinctive movable appendage on their backsides, which carries their dried waste and can be used a defensive shield or as camouflage when threated.

In general, tortoise beetles cause relatively little harm to sweet potatoes and other crops due to low populations of the pest. However, if theyâ€™re causing trouble in your garden, physical removal is likely the best solution.