Composting livestock carcasses is a way to dispose of livestock while reducing contamination and saving you money. 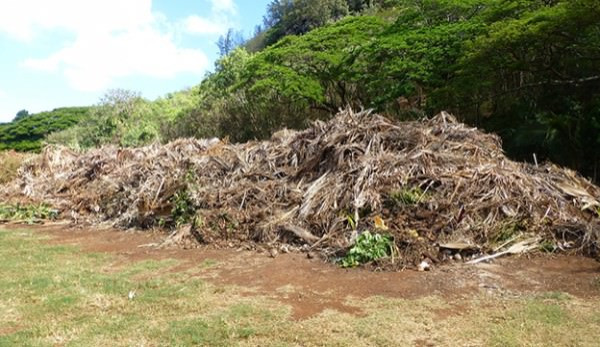 DeathÂ and euthanasia are sad realities of farm life, and determining what to do with the bodies of deceased farm animals can get confusing. Traditional disposal methods include burial, rendering and incineration, though each has potential pitfalls. With traditional burial, strict adherence to local laws and ordinances must be followed with regard to distance from structures and burial depth in relation to water tables. Burial in winter can also be difficult in areas where the ground freezes. Both rendering and incineration can be costly and are not available in all areas.

According to Steve Higgins, director of animal and environmental compliance for the Kentucky Agricultural Experiment Station, carcass composting is a viable option for livestock carcass disposal thatâ€™s garnering interest, as it offers benefits for the farm owner:

Any farm owner can create a safe and effective composting area thatâ€™s as simple or as elaborate as he chooses. No building is required, though a three-sided structure with a roof is an option. Carcasses can be composted on grass, but a hard-packed surface is ideal to reduce mud during wet weather.

Dry wood mulch, such as sawdust, wood shavings, wood chips or a combination thereof, is necessary to support the bacteria that help minimize odors. The material must be dry in order to absorb the decomposing fluids.

To create the composting area, build a 2- to 3-foot-deep bed of wood mulch on a flat surface; the larger the animal, the closer to 3 feet in depth the bed needs to be. Place the carcass on the bed of woodchips and cover with 4 feet of wood mulch, heaped into a conical shape. (The cone shape allows the compost pile to shed water and encourages bacteria to begin composting.) A 6- to 7-foot-tall pile (approximately 3,240 pounds mulch) is necessary to compost a 1,000-pound cow or horse. The animal should be surrounded by 2 feet of mulch on all sides, as well. The 4-foot topper is a true bio-filter, a living filter where beneficial bacteria scrub the carcass and break down chain molecules into water vapor. Small carcasses, such as chickens, can be combined in one compost pile without a problem.

A carcass properly buried in wood mulch produces no smell and attracts no vermin. A 1,000-pound cow or horse can be completely composted, save for a few large bones, in three months. Smaller animals take less time to decompose. When the tip of the cone falls inward, the composting process is almost complete.