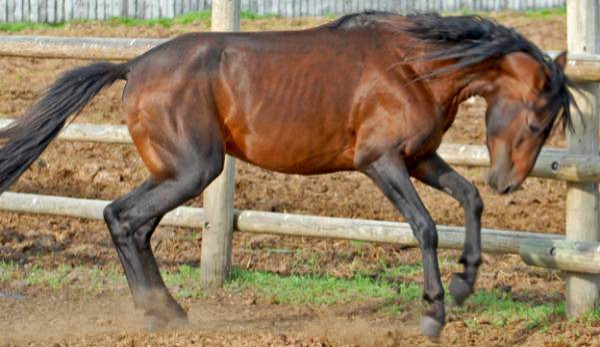 Use: Caspian horses are slim, elegant small horses ideally suited for driving and for small adult or young riders. Their beauty, background and rarity make them a favorite horse breed among wealthy, equine rare-breed conservators.

History: Caspian horses are a horse breed of great antiquity. They descend from now-extinct miniature horses of Persia that lived in the region from 3000 B.C. through the seventh century A.D.

In 1965, Louise Firouz, an American-born horsewoman living in Iran was enchanted when she discovered a tiny group of horses in the Elburz region south of the Caspian Sea. Naming the breed Caspian, she brought three of them back to the Norouzabad Equestrian Center in Tehran, Iran, and returned a year later to purchase seven mares and six stallions, becoming the first serious breeder of Caspian horses in more than 1,000 years.

The Shah of Iran presented Prince Philip of Great Britain with a pair of Caspian horses when the prince visited Iran in 1971. Intrigued, Prince Philip approached Firouz about exporting breeding stock to Great Britain. Over the next five years, she exported 26 Caspian horses to Europe, thus providing foundation stock to fuel the rebirth of this ancient breed outside the Middle East. The breed wasnâ€™t exported to the U.S. until the 1990s.

Conformation: The Caspian horse breed is small, but itâ€™s not a pony. It casts the overall impression is of a well-bred, elegant horse in miniature. Adult Caspian horses stand from less than 40 inches to 50 inches tall, measured at the withers, and they come in all colors except spotted.

Special Considerations/Notes: DNA testing performed in the 1990s by Gus Cothran at the University of Kentuckyâ€™s Horse Genome Project directly linked Caspian horses to the horses of ancient Egypt and Persia, demonstrating a link to Arabian horses.

Roughly 2,000 Caspian horses are registered throughout the world, 600 of them in North America. The Caspian horse breed is listed as Critical on the American Livestock Breeds Conservancyâ€™s Conservation Priority List. Additional conservation breeders are needed to grow this horse breedâ€™s population.