Are you the top cow? If you need to handle cattle, understanding the social order of cows could help. 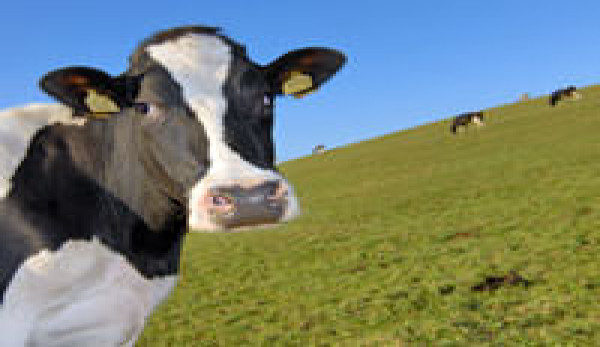 Cattle handling can be easy because of the social nature of cattle and their acceptance of a “pecking order” in the herd.

They readily submit to a higher-ranking herd member and can transfer this acceptance and submission to a human.

If cattle know you and respect you, accepting you as “boss cow,” they will submit to your authorityāgoing through a gate when you insist, for instance, rather than running off or knocking you down trying to get away.

The best way to handle cattle is to get them accustomed to you and to trust you, rather than perceiving you as a threat, like a predator.

They should not be pets to the degree that they think they can dominate you.

If you love cattle, read about one of the best-dressed cows in the field>>Ā

Cattle always think in terms of dominance; every other herd member is either above or below them in the heirarchy, bossing them or being bossed by them. You must be a “boss” in the cow’s mindānot feared, but totally respected.

Never make the mistake of letting a cow lose respect for you. If you have a favorite cow or raise one as a pet, don’t spoil her.

Never make a pet out of a young bull. A pet thinks of you as one of the herd, so you must be the dominant one.

It is bovine nature to become bossy and try to dominate you. Don’t let this happen or the animal will become aggressive. Stockmen have been killed by pet animals.

It’s fine to have a friendly relationship with cattle, but they must know you are the boss.

Pecking order is an important fact of life for herd animals. The boss cow gained her position by being more aggressive, by winning all the fights when other cows tried to challenge her. As top cow, she gets first choice of feed and water; the others defer to her.

Other herd members fight to determine who’s next in line and who bosses whom.Ā

The top cow rarely needs to defend her title; everyone else has learned to respect them. She has “mind control” over the others.

You can use this same control to your advantage in handling cattle that know and respect you. If they accept you as “top cow,” it makes your job a lot easier.

This article is excerpted from “Think Like a Cow” by Heather Smith Thomas. The entire article can be found in the Popular Farming Series: Cattle, available for purchase in farm stores and online.