While shopping for a snow blower to replace an 8-horsepower model, I found most engines measured in cc. Here's what those terms mean and why the comparison is complex. 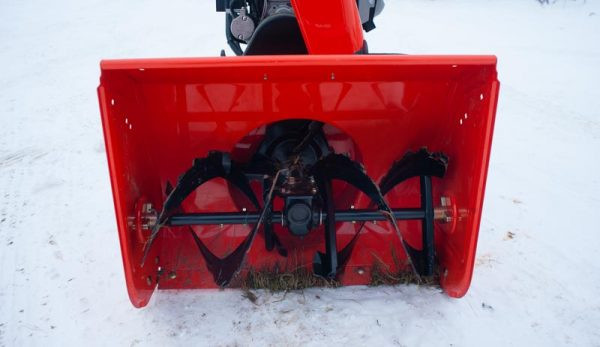 With winter rapidly approaching on my Northern Wisconsin farm, Iâ€™ve been shopping around for a new snow blower to succeed a trusty old machine that gave out at the end of last winter after some 20 years of service. Give it some credit, a lot of machines donâ€™t last that long.

That particular snow blower had an 8-horsepower engine. So in searching for a new snow blower I wanted to find a model of similar size and strength. But as I quickly discovered, the strength of snow blower engines is no longer measured in horsepower. Itâ€™s measured in â€śccâ€ť (cubic centimeters) instead, making direct comparisons difficult.

So what does this mean? Well, letâ€™s start by explaining the two terms. The â€śccâ€ť ratingâ€”200cc, 350cc and so onâ€”is just a measurement of the engine displacement, or the amount of volume moved by the pistons in a single revolution of the engine. Generally speaking, the bigger (and stronger) the engine, the greater the displacement, leading to higher cc ratings.

In contrast, â€śhorsepowerâ€ť measures the work an engine can do. One horsepower is officially equivalent to 746 watts of power. But the term has many variations, as farmers with tractors surely know. Engine horsepower, PTO horsepower, drawbar horsepowerâ€”you get the idea.

Throw in metric horsepower (which is a bit less) and other factors that can affect the amount of work an engine can do, and horsepower can be a very confusing term.

Consider that I have an old John Deere Model 40 tractor and a garden tractor that share roughly the same horsepower ratings. Despite this, the Model 40 is significantly stronger. Thereâ€™s really no comparison between what the two tractors can accomplish.

Horsepower is a common term and probably more familiar to hobby farmers than engine displacement measurements, though. So itâ€™s wise to have a general idea of how to compare â€śhpâ€ť and â€śccâ€ť abbreviations when shopping for small machines. After all, the engine displacement ratings arenâ€™t just used for snow blowers. All kinds of small engines are measured this way.

Of course, you can’t really make direct comparisons. The two ratings are calculated by different means and arenâ€™t really interchangeable. Factors such as engine speed (in revolutions per minute, or rpm) and torque further affect perceived strength.

For small engines such as those in snow blowersâ€”the design of which prevents the high speeds of, say, a motorcycleâ€”it apparently takes a lot of engine displacement to equal a single horsepower. A general rule suggests that approximately 32 to 35cc is equivalent to 1hp. So to find a snow blower of approximately the same strength as my old model, I settled on one offering about 243cc. This should be more or less in the right range.

So the next time youâ€™re shopping for a small machine and want to convert cc to hp, hereâ€™s my adviceâ€”do some research. Donâ€™t believe the first vague result you see in a Google search; dig deeper and try to learn how the ratings compare for the specific machines and engine sizes youâ€™re considering. Keep in mind that, at its essence, bigger is usually better, and if you need a lot of power, itâ€™s hard to go wrong by going a little bigger than the minimum you believe you need.