Changing The Way We Farm—One Cricket At A Time

You may not think of crickets as food—but these guys sure do. 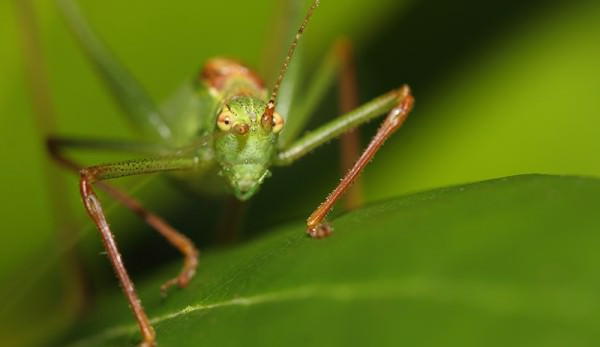 Crickets and mealworms—sounds more like dinner for our chickens than a meal that would show up on our own plates. But for an urban farm in California’s San Fernando Valley that specializes in the production of insects, your chickens aren’t their target market–you are!

You may have heard by now that insects are the key to our edible future. Whether you agree or not, that’s what Coalo Valley Farms is banking on. Specializing in the “sustainable production and cruelty-free processing of cricket meat,” they used a closed-loop aquaponics system so that few inputs outside of the farm are needed to grow this unique protein source.

“The fish they farm provide wastewater that feeds the green shoots of alfalfa and mung beans, which in turn feed the crickets,” reports BBC News.

The team of twentysomething farmers are doing it for environmental reasons. They claim crickets require fewer resources to produce the same amount of protein for our diet as cows, pigs and chickens. According to the Coalo Valley Farms website, to produce 1 pound of crickets versus 1 pound of beef requires 2000 times less water and 12 times less feed. Wow! Plus, eating bugs isn’t as weird as you might think—80 percent of the world is already doing it.

They admit to the BBC, though, that it’ll take baby steps to get Americans to fully embrace a cricket based snack. In the meantime, they’re going to stick to making cricket flour that you can add to your muffins, breads and pancakes without anyone ever knowing.