Looking for new ideas for your next chicken coop? These cool designs are funky, functional and sure to inspire your next coop build! 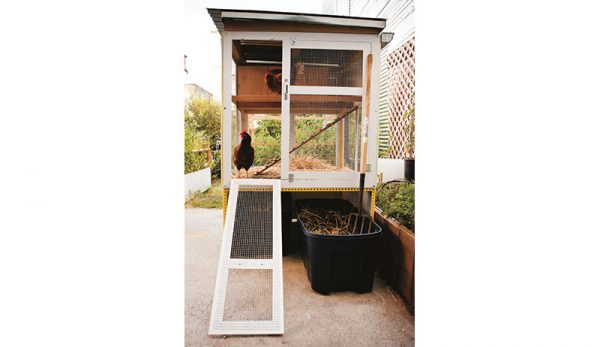 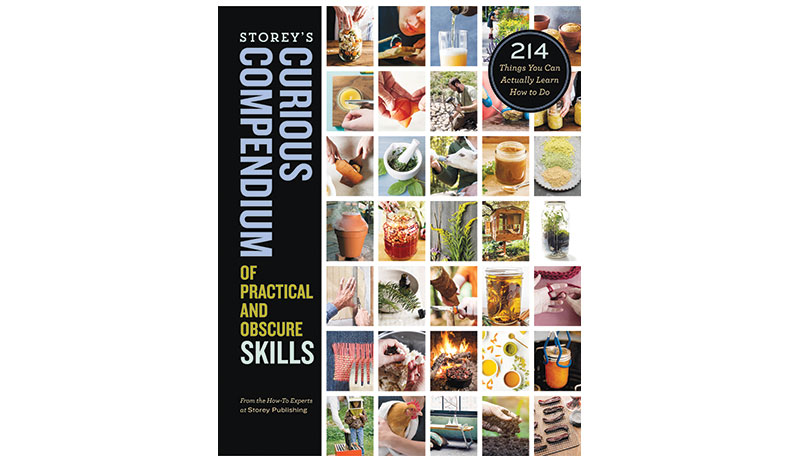 SYM (pictured above) is much more than a chicken coop; itâ€™s a symbiotic urban farming system. It sits above two worm compost bins that are fertilized directly by the chickensâ€™ manure. The chickens can eat insects that are naturally attracted to the compost and come in through the mesh floor, as well as worms taken from the bins and fed to them. The rooftop collects rainwater. 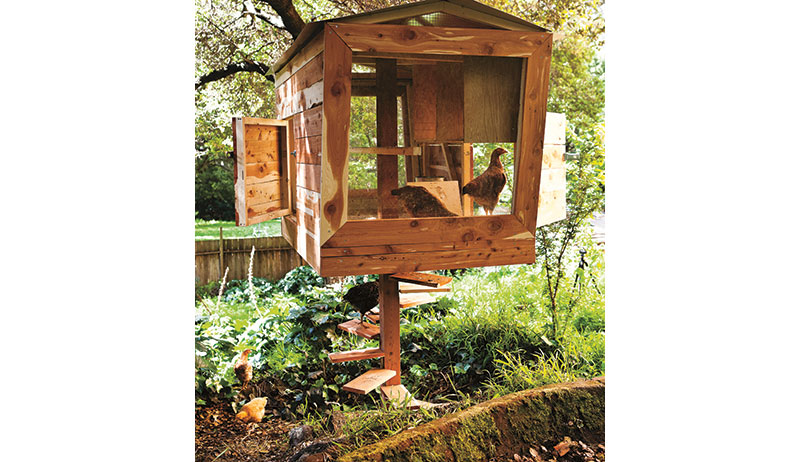 The floor of this tree-house-inspired coop sits 48 inches off the ground, allowing for easy human access and cleaning. The spiral staircase leads to the coop through a hatch door cut into the floor. 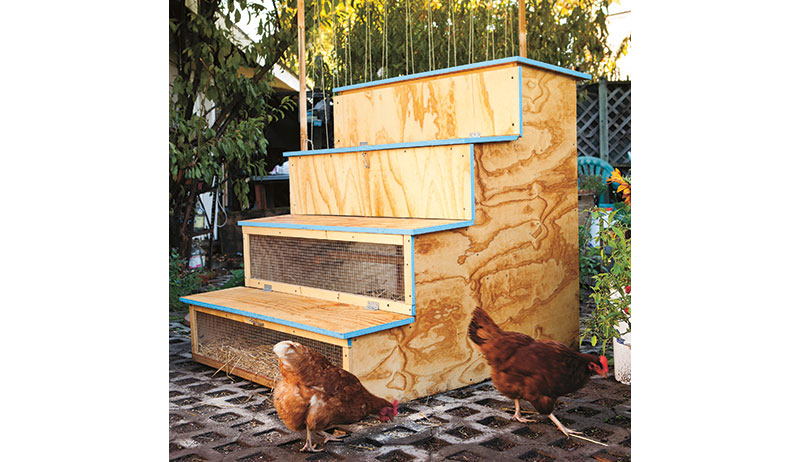 Is it possible for a chicken coop to be a gathering place? Instead of a utility structure in exile, what if a coop could be a place to commune, hang out and even sit on? 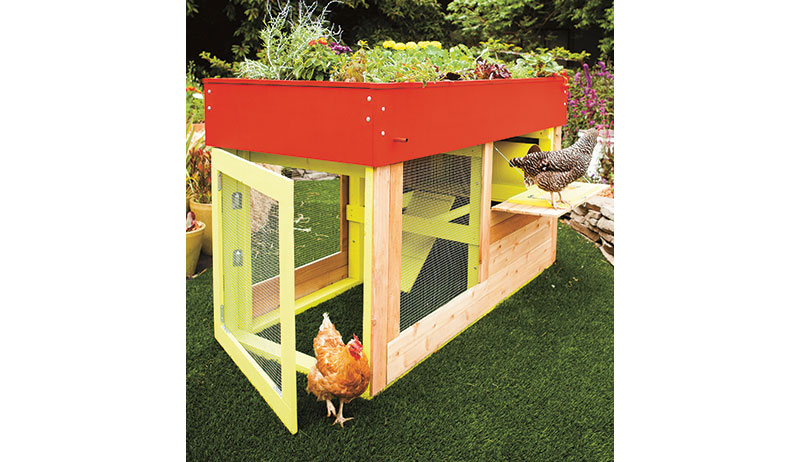 If you lack the space for a garden and chicken coop, why not have two in one? This coop has a garden bed for a roof, which also acts as an insulator that helps keep the coop interior cool in summer and warmer in winter. 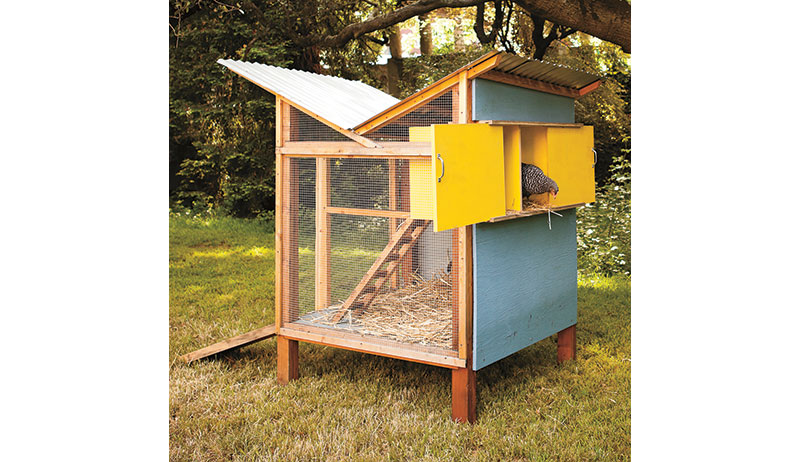 This coop features a butterfly roof and post-and-beam-style joinery. The roof is angled such that rainwater is collected and funneled down to the chickens to drink.