Courtesy Rachel Hurd Anger One of the two Buff Orpingtons I’m raising to pullets for a friend is the runt of the flock. Upon opening the shipping box, the day-old chick was visibly in distress. As the others moved freely and excitedly, this Buff sort of leaned against the wall of the box. My kids […] 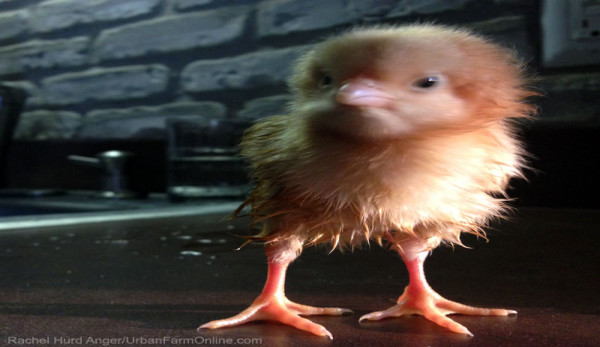 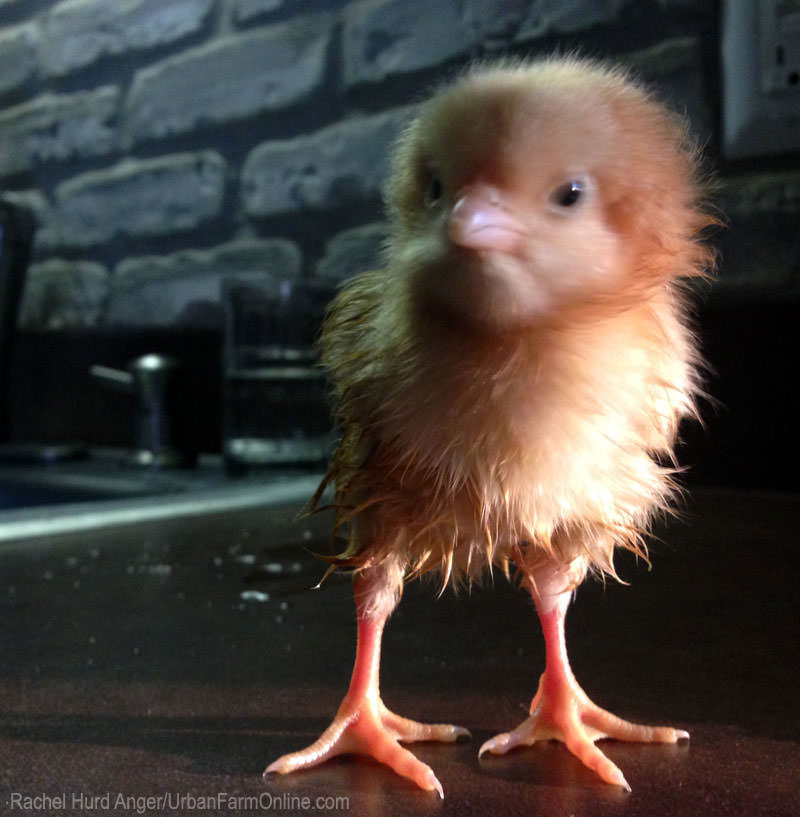 One of the two Buff Orpingtons I’m raising to pullets for a friend is the runt of the flock. Upon opening the shipping box, the day-old chick was visibly in distress. As the others moved freely and excitedly, this Buff sort of leaned against the wall of the box.

My kids named the little gal Peace, and her beefy sister Love. I secretly hoped Peace didn’t get any more peaceful than she was, unable to keep her peepers open for more than a few seconds at a time.

I checked her for pasty butt, led to her water and food, but she didn’t respond. I held her periodically and talked to her gently. I perked her up for a few minutes with some sugar water, and I told her that if she didn’t want to hang on, that would be OK.

I prepared myself for losing her through the night.

In the brooder next morning, I found the 2-day-old flock eating and drinking their breakfast, and little Peace still sleeping. I lifted the heater, scooped her up, and took her to the kitchen. As long as I was moving, she chirped and wriggled, but when I would stop moving, so would she, and her eyes would close again.

Inspecting the little Buff in the sunlight, I found pasty butt this time, the color matching her fuzz. The proof was that I couldn’t find her vent. I rinsed her bottom under warm water as she squeaked in protest, washing until I could see her vent pulsing.

Peace wasn’t happy with me. She was shivering, either because she was cold, or terrified. She was small and needy. I poured a puddle of tepid sugar water onto the countertop and led her to drink. She drank quite a bit, stumbling through the puddle on tired, wobbly legs.

A minute later, Peace pooped on my kitchen countertop.

I praised her, then returned her to the brooder where she joined her sisters under the heater and dried herself in the warmth.

After she’d had another nap—and I’d cleaned my kitchen—I found Peace joining her flockmates for lunch, stumbling on weak legs. The stronger girls were showing her the ropes and pecking at the bedding stuck to her chest. She seemed apprehensive, like when the others were first exploring the brooder as day-olds. Finding food for the first time and feeling compelled to eat it has got to be strange, as is being pecked at, I’m sure.

At 3 days old, Peace is keeping up as best she can with the rest, and she appears to be out of danger. She’s noticeably smaller than the others, who are ahead of her with one full day’s worth of nutrition. The others have sprouted pinfeathers on their wingtips, but Peace has not.

Not only is Peace smaller, she’s oddly shaped and different from the others. Maybe she drew the genetic anomaly card. Or, maybe she’s a roo!

If that’s the case, I’m glad Peace won’t be making a home here.