Historic Henhouse: What Were the Best Chicken Breeds a Century Ago?

Before hybrid broilers and superlayers, authors of poultry books in the early 1900s recommended some chicken breeds that are still prevalent today. 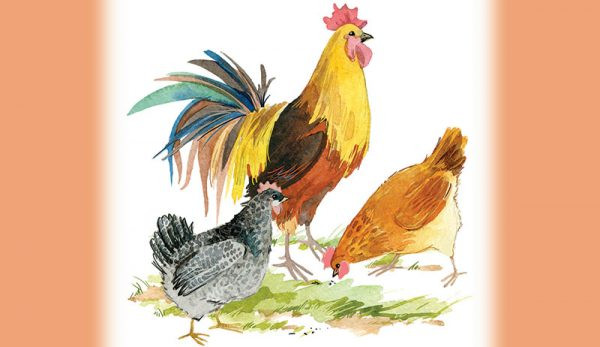 The vintage poultry books we highlight in this column were written around the turn of the 20th century, long before Cornish Cross broilers and superlaying hybrids came to be, so theyвҖҷre a rich source of information about heritage breeds, such as the ones promoted by The Livestock Conservancy and Slow Food USA.

In addition to specific breed information, these old-time tomes contain advice on choosing the right chicken for your situation. Myra Norys, a graduate from Rhode Island College Special Poultry Course and writer for the American Poultry Journal, wrote in Pocket Money Poultry (1904) that people should select a breed they like and the one they know the most about, if possible. вҖңAnother principle, the consideration of which may save taking the back track sometimes, is this,вҖқ she says. вҖңThe easy way and the safe way to work into poultry is to choose a variety that is easy to breed, easy to raise and easy to sell.вҖқ

Other authors of the time agreed. вҖңSpeaking broadly, the amateur will be wise to select the breed and variety which makes the strongest appeal to him,вҖқ wrote Edward Farrington in The Home Poultry Book (1919). вҖңHe will have a wide choice, both as to size and markings.вҖқ Author Homer Jackson concurs in Chicken Money (1913): вҖңThe only practical answer that can be given to the question which is continually asked as to what breed is best for the farmer is вҖҳThe one you like best.вҖҷвҖқ

Picking a breed specific for your purpose was a wise move, too, they advised. Stephen Beale wrote in Profitable Poultry Keeping (1884), one of the older books weвҖҷve reviewed, that success in poultry keeping means not only the proper feeding and management of the birds but the selection of a breed that is suitable to the place where they are to be kept. вҖңIn addition to this, the question of what is most in demand must be taken into consideration,вҖқ he wrote.

вҖңFor in poultry keeping, as in every other pursuit, opportunities must control circumstances, and circumstances adapt themselves as far as possible to opportunities. It would be folly for any one to select a breed that is most suitable for table purposes in a place where eggs are wanted, or on the other hand, to keep laying fowls, where table chickens are sought for most of all and eggs very plentiful. And it is equally foolish to rear birds of no breed whatever, which, having no special characteristics, are neither suitable for one purpose or the other.вҖқ

W. M. Elkington said much the same thing in Popular Poultry Keeping for Amateurs (1907). вҖңWhich is the best breed of poultry?вҖқ he asked. вҖңThis question is continually being asked by those who contemplate keeping fowls. The only answer that can be given to it is that there is no best breed that excels all others in every respect.вҖқ Elkington explained that some breeds are best suited for one situation while different breeds are the right choice for another. For example, certain varieties excel as table birds while others take first rank as layers and still others combine both qualities.

вҖңBut in spite of frequent announcements that such a kind of bird is coming, we have never yet been able to discover a breed that will, under all circumstances, head the list in beauty, table qualities and laying powers,вҖқ he said.

Those who want a pure breed, and whose object is eggs alone, will naturally keep one of the lighter, nonsitting varieties. Even then, the Leghorn stood almost at the head of these.

вҖңFor hardiness, laying powers, and beauty, it is probably unrivaled,вҖқ Elkington wrote. вҖңTo see the beauty of the White Leghorns fully, or for that matter, to see the beauty of any white breed, they must be kept on a grass lawn in the country. Their graceful bodies, with their snowy-white plumage, yellow legs and brilliant red combs, shine out in striking contrast to the bright green grass and make them appear real things of beauty.вҖқ

Elkington also noted that Brown Leghorns will be found more suitable for town runs than White, as their dark plumage doesnвҖҷt so readily show the dirt as that of their fairer sisters.

Many books written in that era agreed with ElkingtonвҖҷs premise that Leghorns were the best layers of the day. Alfred Gibson expressed doubt in My Poultry Day by Day (1917) that any bird was ever so popular as the White Leghorn among egg farmers.

вҖңIt is an egg machine pure and simple,вҖқ he wrote, вҖңand can be bred in April to lay in September. Probably no bird will give the same return for money, since it becomes productive long before any other prolific fowl and is not a big eater. It is a representative of the Mediterranean type, a nonsitter, full of energy and pluck, and has a carriage that suggests pride and gracefulness.вҖқ

The Black variety is better adapted for town life, he advised, but itвҖҷs an almost equally good layer. There were also Brown, Blue and Buff varieties of Leghorns, he noted, but the White was the most popular. While it made fair eating, Leghorns arenвҖҷt adapted for table purposes.

Norys sang the LeghornвҖҷs praises, too. вҖңThe very word вҖҳLeghornвҖҷ is a synonym for the highest possible egg production. What does вҖҳequal to the LeghornвҖҷ actually mean in detail? It means early laying; it means large eggs; it means small eating; it means nonsitting capacity; it means a bird of small size, of which more in number can be housed in proportionate space that in the case of a large breed.вҖқ

When it came to multipurpose breeds, Norys preferred the Plymouth Rock or the Light Brahma (pictured above). For a broiler, it was the White Wyandotte.

вҖңFor the place of leading general-purpose fowl, the contest between Plymouth Rock and Light Brahma was hot and long,вҖқ she wrote. вҖңThe one thing that quieted it to some extent was the instant leap of the White Wyandotte into a place above both with the broiler men.вҖқ

Fanny Field, writing in the Excelsior Poultry Book (1891), preferred Plymouth Rocks. вҖңFor a general-purpose fowlвҖ”for general farm and market fowls for those who desire to keep but one breed and want that one good for pretty much every purpose for which fowls are keptвҖ”the Plymouth Rocks stand at the head,вҖқ she wrote, noting that the Dominiques and Wyandottes could also be considered.

Elkington preferred Plymouth Rocks, too. вҖңWyandottes, Langshans, Plymouth Rocks and Orpingtons must take the foremost place as general-utility fowlвҖ”fowls, that is, which will lay a fair quantity of eggs, sit occasionally and, when killed, will render a satisfactory account of themselves under the carverвҖҷs knife.вҖқ

In short, these were the kind of birds that the farmer and small householder at the time required. Close behind them, he noted, were Dominiques and Scotch Greys.

Some authors suggested breeds for specific needs, such as Field when she advised taking Cochins, Brahmas or Langshans for winter layers. вҖңThese breeds will also, if given full range and forced to scratch for part of their living, do fairly well at the egg business in summer,вҖқ she wrote. For those who must keep their fowls confined to yards the year round, the Cochins, Brahmas and Langshans have no superiors, she suggested.

For people who wanted layers that laid year-round, Field preferred Plymouth Rocks, Dominiques, Wyandottes (pictured above) and Javas, and for spring chickensвҖ”chickens to sell for broilersвҖ”Plymouth Rocks were at the head of her list, followed by Wyandottes, Dominiques and Houdans. For large chickens to sell or harvest in the fall or winter, the Brahmas, Cochins and Langshans were the best in FieldвҖҷs eyes.

If you love these old-time breeds, check out the scores of vintage poultry books downloadable from the Heritage Biodiversity Library. Besides the books weвҖҷve quoted, youвҖҷll find fascinating breed-specific works such as The Book of the Dorking, History of the Anconas, Minorcas of Every Comb and Color and The FeatherвҖҷs Plymouth Rock Book. All of these downloads are free.

All the vintage poultry books we discuss in this column are available from the Biodiversity Heritage Library, a consortium of libraries dedicated to making digital a huge array of old-time natural history and agricultural books and journals so theyвҖҷre available as free downloads to anyone who wants to read them.

Some 200,000 titles are available, including more than 50 general-interest poultry books, and a plethora of books just about chickens including breeds and bantams, geese, ducks, turkeys and guinea fowl. ItвҖҷs a resource every poultry keeper should have.