When I was young, I wanted chickens but never got them. When my son asked for chickens, I eagerly set things in motion. 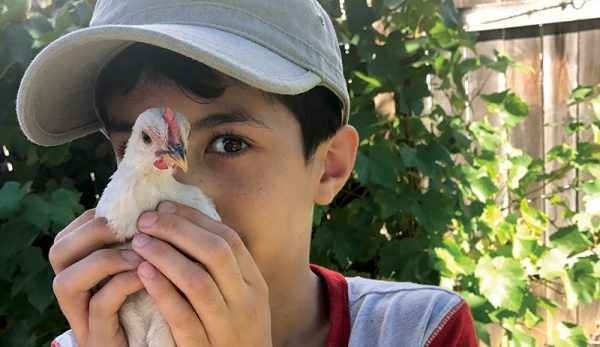 My oldest son, Orlando, wanted a pet for quite a while, and when he asked for a chicken, a floodgate of my childhood fantasies burst open. I had always wanted a pet chicken. The thought of having a fluff of cuteness in the form of a baby chick seemed way more appealing to me than dolls. Sadly, for various reasons, I never did get a pet chicken.

This was my chance to live vicariously through my child. Is this so bad? It was initially his idea, after all.

To get started, I purchased an egg incubator online, and after it arrived, I drove my two sons to a farm about 20 minutes from our house. There, we chose six eggs, gently placed them in a basket lined with a kitchen towel and headed home. Three weeks later, just like clockwork, the eggs started to hatch. Watching my childrenâ€™s faces light up with awe and amazement as they witnessed the miracle of life was pretty awesome. 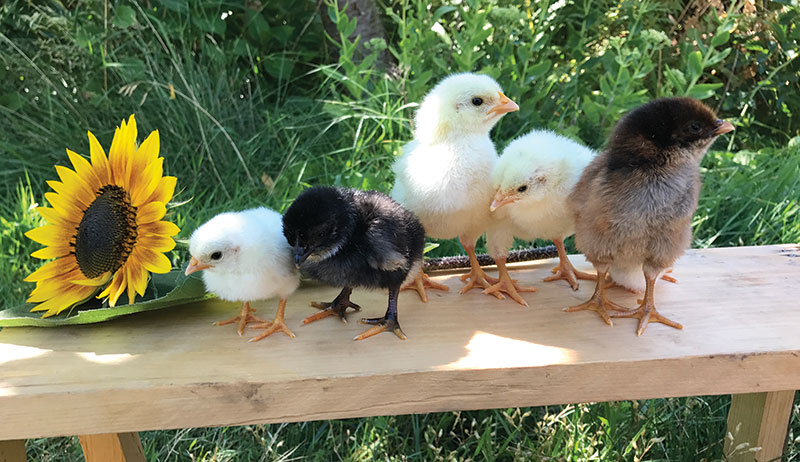 Incredibly, all six eggs hatched. There they were: six of the cutest little peeping fuzz balls ever. But, boy, do they grow up fast. By the end of the first week, feathers were replacing the fluff. By the end of the third week, the birds were stinking up the place, so we moved them from the spare bedroom to the garage. By the fifth week, they were staying in the chicken coop that my son and his dad put together.

Before we brought the eggs home, I sat my oldest son down and told him that the chickens would be his responsibility and that he would be in charge of feeding and looking after them. He agreed, and I am happy to say that he has kept his promise. The first thing he does after school is tend to his flock. We jokingly call him the chicken whisperer because he has no problems picking them up; when his neighborhood friends come over to play with the chicks, the birds quickly scatter. Itâ€™s so sweet to see my son be so gentle with his chickens. 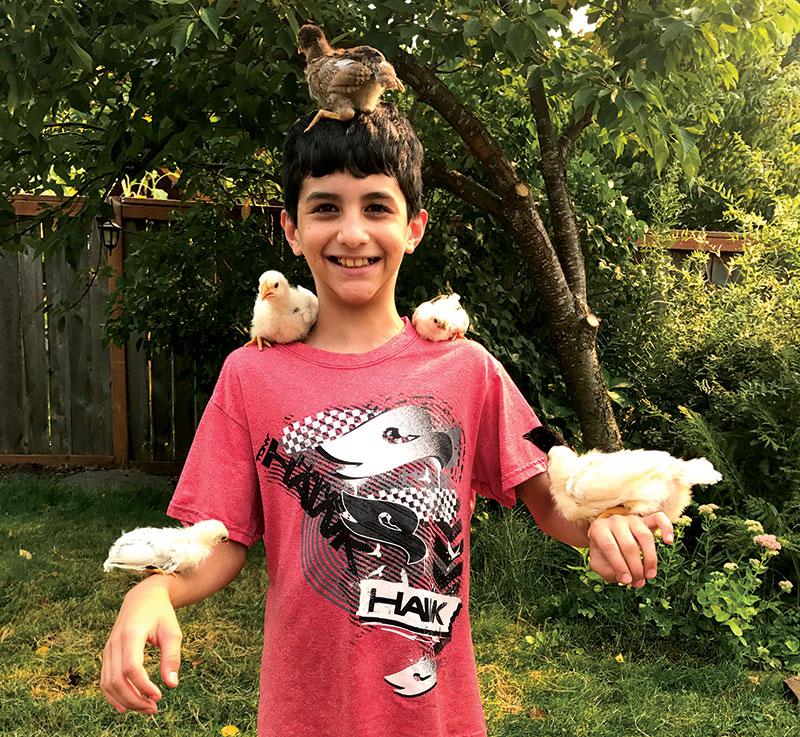 After a few weeks, we realized two of our birds are roosters, which arenâ€™t allowed where we live. We will return them to the farm where we got the eggs. My sonâ€™s favorite, Mango, is one of the two roosters. It will be a sad day when we return Mango. I donâ€™t look forward to the tears that will inevitably be shed. But we knew this might happen. The odds were pretty slim that every egg we chose would produce a hen. 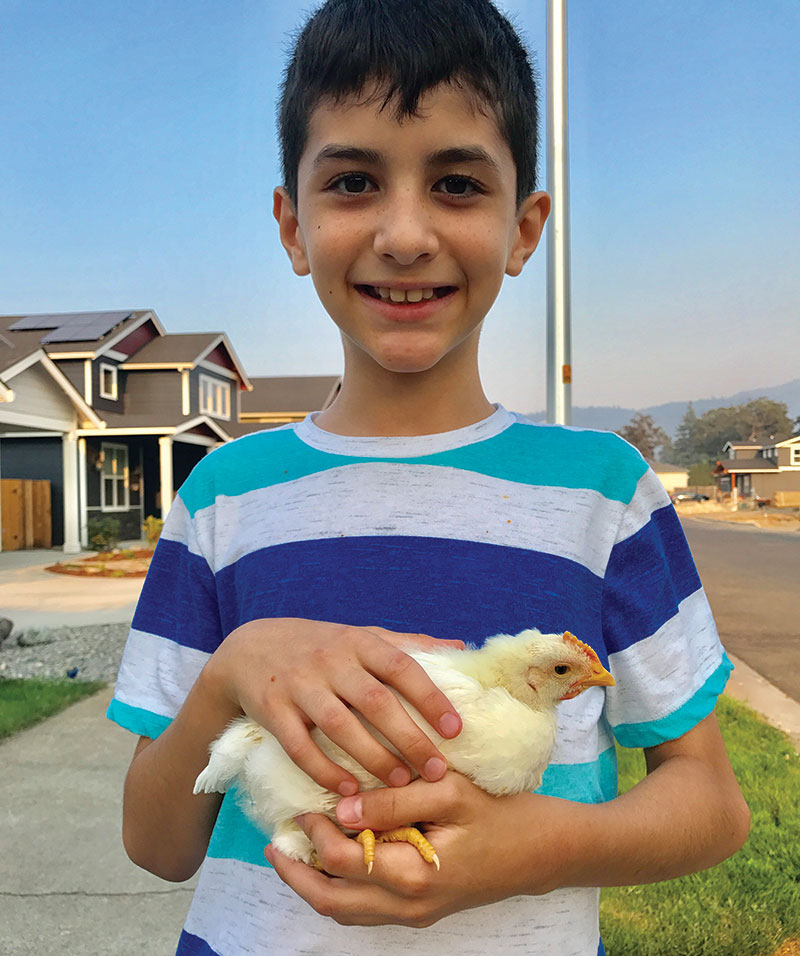 Overall, I am happy with our decision to bring chickens into our lives. They have taught my son about life, responsibility and, inevitable, loss. Itâ€™s amazing that a flock of chickens could teach so much; I just wanted them because they were so dang cute!