When chickens escape their coop and make a run for it, it's a matter of life or death as they evade a handful of immediate threats. 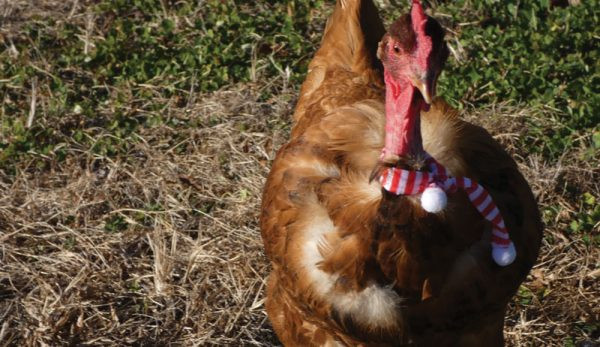 In a locked-down world, my flock of 20 was untrammeled. Itâ€™s difficult to capture their adventures and old-fashion fun, like two-stepping/tearing up the front landscaping, kicking dirt on the steps to the house or a recent flock favorite, â€śpeck and ditch.â€ť

(Thatâ€™s when Gigi climbs a full story of stairs, flock looking on, to peck on the sliding-glass door.)

As the person working from home turns his or her head, the flock can be heard squawking as Gigi makes her getaway, hopping back down stair after stair, presumably thinking, â€śGot â€™em!â€ť and smiling comb to comb. Daily adventures have been in store, so long as it isnâ€™t raining.

A hen has to look her best, as Iâ€™m sure you know. 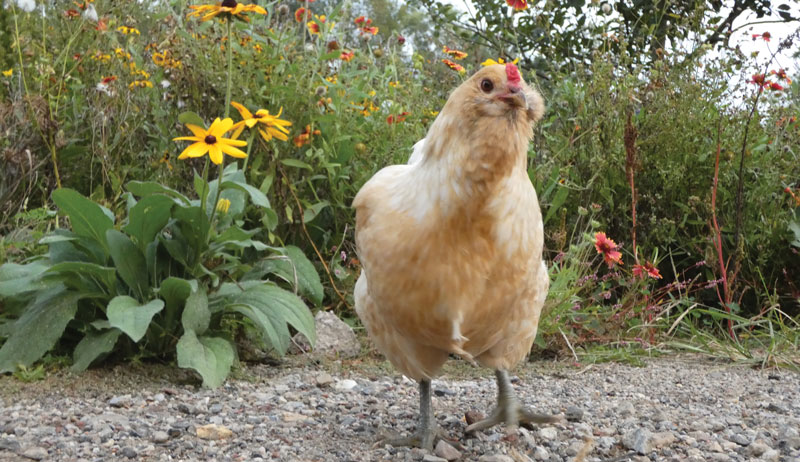 A Bit of Background on Our Chickens

Before detailing any more of my flockâ€™s escapades, a bit of background of how this came to be. I promised my daughter we would get chickens when we moved from a cookie-cutter neighborhood to 20 acres just down the road in rural, central New Jersey. I started to make good on my promise in December 2020, with a Christmas gift of a large chicken coop and the accouterments under the tree.

I liken it to Tiger King, not knowing the entertainment and success it would bring.Â

A large shed-turned-coop with a run 20 birds deep was in the works, complete with evaporative misters to beat the heat, a shade sail and, of course, plenty of roosts, feeders and waters. Plus, there was what looked to be a bus stop, under which some birds would gather (wing-to-wing when it was raining), looking forward, not showing any personality or chatting, just patiently waiting.Â

Read more: This handmade chicken home is one cool coop!

In hindsight, they were just like us in the neighborhood, only getting an occasional taste of the country and not living freely. But in our haste, the coop and run were too close to the house and what is to be a backyard. This led to the unforeseeable event that changed the flockâ€™s life as they know it.Â

Fire up the chainsaw to cut down some small trees and the skid steer and tractor to roll and drag the coop in 100 degreesâ€”yippee!

Everyone was too busy but my willing daughter and me. Itâ€™s mind over matter to move this coop for the chickens, I tell her. 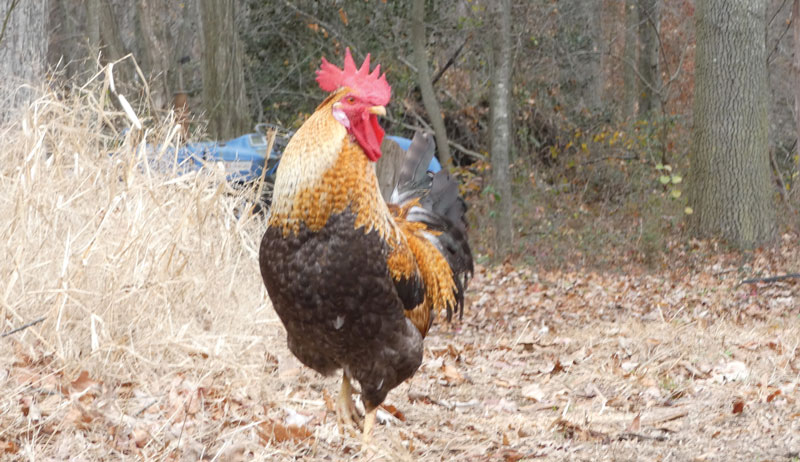 Back to the Story & Backyard

There are gaps between the coop and run, which we were too busy to fix with an upcoming wedding, andâ€”you guessed itâ€”the chickens were about the property.Â

This tale is about Gigi (Dominique), one of the first birds we raised from a baby. Now she is the head hen or at least a tight-fisted lieutenant. Thatâ€™s not just a title. I have seen her earn it. With a raptor above, Gigi stepped out first, running like a Tyrannosaurus Rex to lead Vanna to cover.

An example of pressure under fire, Gigi has earned her stripes for sure.

It was my fiancĂ©â€™s birthday when a guest slid the back door open just a tad too far. It took just a heartbeat for a German Shorthaired Pointer nicknamed â€śDaddy Long Legsâ€ť to tear down the stairs full throttle and turn the corner. He had eyes for Cici and Gigi who were in his fence.Â

Gigi jumped through a square in the woven wire fence meant to control the beastâ€”or she tried at least. CiCi made it to safety through a crack in the corner.

Now only Gigi was left inside, with the dog coming for her in full bound. It was pressure under fire, but she was no spring chicken, in size or mind. Two steps back and one leap forward, she had to believe to get through the woven wire square.

Nicole Vecchio and her chickens live near Jobstown, New Jersey.