A boy’s love of animals went in one obvious direction: chicken keeping. 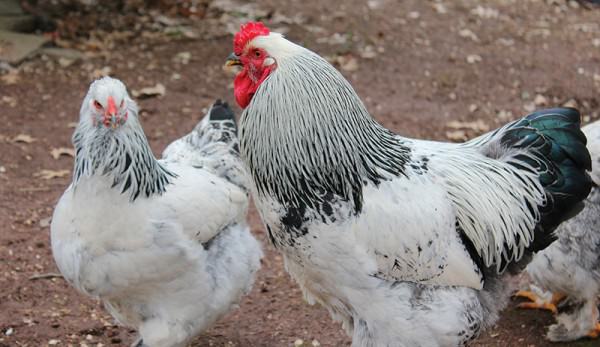 Our story begins about six years ago when I got a teaching job in Califon, a rural area in Hunterdon County, N.J. One day, I went into the teacher’s room and overheard one of the women, Marcy, talking about her goats. I asked her more about them and was pleasantly surprised and intrigued to find out that she lived on a nearby farm. She even invited me and my family to visit: Aryeh, our only son, must have been about 12 at the time; Ilana, our oldest daughter, was probably around 10½; and Neora, our youngest girl, was about 4 years old. During our visit, Marcy showed us around her farm, which included goats, horses, llamas, dogs, cats, koi and, of course, chickens.

My husband, Nachum, and Aryeh were fascinated by the chicken coop and the chickens. Nachum is a very curious individual; he peppered Marcy with a variety of chicken-keeping questions. After our visit, he started researching backyard chicken-keeping. Every so often, as the years went by, he would bring back up the chicken idea. As Aryeh got older, he became more interested in chickens, too.

To foster his love of animals, our home has been like an aquarium and zoo over the years. You name it, we had it as a pet: birds, fish, lobsters, crayfish, frogs, lizards, hamsters, guinea pigs and even stray cats that followed us home.

Last July, Aryeh started talking about getting chickens. He had finished his sophomore year in high school but was really unhappy there, and the hours were very long. In the winter and spring, we found a school that he could transfer to. I was so happy when he was accepted. However, he was nervous to switch and was leaning to stay where he was. I asked him: “How will you care for chickens with your current schedule?” He pondered the question and decided he would transfer to the new school, so he could get the chickens he so desired.

Nachum and Aryeh then started researching coops. They chose one and spent two Sundays assembling it, and it turned out just gorgeous.

They had a difficult time finding local pullets in New Jersey in July, so they decided to buy chicks through the mail from a hatchery and were able to secure five light Brahma females.

We counted the days until the chicks arrived. Then, one glorious Wednesday morning on July 5, the mailman delivered chicks to our front door, packaged in a crate with a heating pad. Aryeh got to work with our indoor brooder, which was housed in the living room. They were the cutest little balls of fluff you could ever imagine.

We gave them old-fashioned girl names—Sophia, Rita and Grace—and one special name for one very cute black ball of fluff: Marcy. Aryeh took great care of them, and they matured into adorable little chickens. Eventually, they graduated to the coop, especially after I came home one afternoon and found all five of them on the living room rug!

Summer passed, the chicks grew and Aryeh started school. All was good. Our backyard flock attracted many neighborhood folks we never met as well as curious onlookers. Little kids loved our corner property. We were very proud of the care Aryeh took of our little pets.

In the fall, Nachum began to think Marcy was actually a rooster. I reminded him how we paid extra to sex the chickens to get all females, but Nachum pointed out the four girls traveled together, and Marcy went his own way. Over time, Nachum’s observations came to be true. Marcy is indeed a rooster, maybe the most beautiful and vocal rooster you will ever meet in our small town! Little did we know that roosters not only crow at 5 a.m. and 6 a.m., but also 4 p.m. and 5 p.m. Aryeh, very worried people would complain, walked over to our neighbors to talk to them, and much to our surprise, Marcy’s crowing doesn’t seem to bother anyone. Even the neighbors down the block like hearing him because it makes them feel like they live on a farm.

So that is our story. Our family is enjoying having backyard chickens and their tasty eggs. Aryeh, their sole caretaker, is doing a fine job. Our hope is that one day he will be an animal scientist or researcher. We are providing him with a great opportunity.

This article appeared in the July/August 2016 issue of Chickens.

Allison Wiesel is a Chickens magazine reader who lives in central New Jersey.