How & Why To Use Rotational Grazing For Chicken Runs

Chicken runs are great for protecting birds from predators, and rotational grazing can ensure healthy, nutritious pasture for your flock to enjoy. 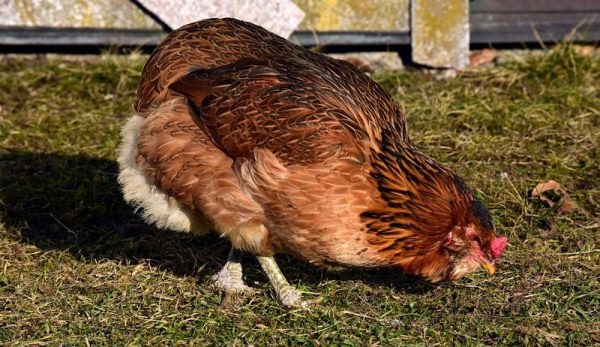 My wife, Elaine, and I began raising chickens in 2010 and now have two typical-sized runs in our backyard.

Theyâ€™re also typical in appearance, meaning our two flocks have basically eaten or scratched up every green, leafy, living thing inside their enclosures.

As time has passed, we have also become more concerned about how the heavy nutrient load (chicken poop) affects the overall health of the soil.

Chicken manure is higher in phosphorous and nitrogen than the waste of many other creatures and, of course, is quite acidic as well.

Flies are a problem throughout the warm weather period. And over the years, weâ€™ve had three chickens stricken by fly strike with Don, our 4-year-old rooster, afflicted twice. What could we do to improve the soilâ€™s health and combat, at least a little, the flies?

Here are some ways you can prevent fly strike in your chicken flock.

Finally, a possible solution dawned on us: rotational grazing, which began in Europe centuries ago. In this system, farmers rotate livestockâ€”usually beef or dairy cattleâ€”from paddock to paddock. Animals stay in each enclosure for several weeks.

After the cattle graze in the first paddock, the farmer moves his animals to the second one and so on. This practice allows the previous enclosure to undergo a period of rest, with grass revitalizing itself and manure enriching the soil structure.

We thought rotational grazing possibly could work on a much smaller scale within our two chicken runs.

So Elaine and I purchased some hard-plastic, green garden fencing and stakes and partitioned off about one-quarter of one of the runs. Chickens, of course, relish clover, so that is the plant we chose to seed our paddock.

Several kinds of clovers, primarily the white and red varieties, exist and all contain magnesium, potassium, and vitamins A, C and E. These are all quite beneficial for chicken health.

Four weeks after our first seeding, we marveled at a lush stand of clover. The entire time the â€śpastureâ€ť was growing, our fowl often walked the fence line, looking for ways to enter.

The day we removed the fencing, the chooks spent much of the day grazing in their newfound clover patch. Meanwhile, the same day we opened the new patch, we fenced in an adjacent quadrant of the run, raked it free of gravel and other debris, and planted more clover.

All in all, our rotational grazing system has offered pros and cons concerning our chicken rearing, with much more of the former than of the latter.

The biggest positive is that, for the 10 days to a fortnight that it takes for our chickens to level the clover, they have the benefit of this food without being exposed to predators. We live in a rural area where I have identified 13 wild creatures that will attack chickens. In short, a free-ranged chicken is soon a dead one on our country road. Our birds thus have the ability to â€śfree-rangeâ€ť while inside the run.

Second, the paddock system is a great way to introduce chicks to a more diverse diet.Â  Of course, our young birds mostly consume the nutrient-filled chick feed that we purchase from feed-supply stores. But itâ€™s nice to watch them explore green vegetation and occasionally come across insects that have likewise been attracted to the clover.

A third positive is that the soil within a paddock has a chance to rest and revitalize for a while. I prepare the ground for planting with a hoe and rake, often adding some lime as well to the acidic soil.

Rotational grazing is critical to farming on Missouri’s BF Farm.

Of course, some negatives do exist. But they pale in comparison to the good things that rotational grazing brings.

The primary negative is that mature birds and chicks will try to enter into paddocks. Weâ€™ve watched hens mount the gangplank leading to the coop and fly into a paddock several yards away.

Our hens have been much less successful at vertically helicoptering into the air from the base of a paddock and passing over into the enclosure. In fact, only one has succeeded at this gambit.

Conversely, chicks have been quite good at finding openings along the bottom of the plastic fencing where they can squeeze into the paddock. One hapless chick did so in the middle of a hot day this past July, and its anguished chirpingâ€”and the alarm notes of the mother henâ€”convinced us to sprint to the run.

So now we donâ€™t create paddocks until the newborns are 3 weeks old or so and are too large to enter within.

Finally, two observations of ours are worth sharing.

This story originally appeared in the March/April 2020 issue of ChickensÂ magazine.